FP steams towards Manly, enjoying the sunshine and gentle conditions

The annual Manly Wharf Bridge to Beach surfski & SUP race is one of those events that gets talked about all year round. In the past few years the weather and ocean state have been insane, with huge ocean swell combining with strong headwinds to make the course a seething maelstrom of multi-directional chop, spray and breaking waves.

The forecast in the week prior to this year’s event promised much better conditions though, and thoughts of 20knts of southerly wind had us all frothing for a fast wave-driven ride up to the cold beers that await finishers at Manly Wharf.

The wind never really arrived though, so on the morning of the race the Harbour looked glassy and offered instead the promise of an 11km slog to the end. And with this in mind, 9 members of Team Fat Paddler arrived to give it our best.

For me however, this event marked the first race I’d taken on since started to get serious about my paddling fitness at the start of this year. Coaching sessions & training plans from Wet Fitness coach Matt O’Garey combined with early morning training paddles as part of Fat Squad had improved my paddling ability considerably. I was keen to see just how much a difference it had made (even in these early days of my fitness journey).

From the start I took a wide line to avoid the main pack and to enable me to zig zag up the course with a little wind behind me on the zags. It also meant that when the ferry wake came, I’d have enough room to cut back into the pack whilst taking advantage of the lumps. Whether or not this helped me I have no idea, but at least it kept it fun as I alternated between chasing fitter paddlers and wave riding.

By the time I turned at Bradley’s Head the Harbour started to chop up and the less stable paddlers started to slow down. One by one I started picking off the shakey ones on their tippy boats as I revelled in the rough water and spray coming through Sydney Heads. As I turned at Middle Head where the largish swell hits cliffs and rebounds back out, I caught even more paddlers as more often than not they fell out and struggled to climb back aboard.

At Dobroyd Point where the southerly swell jacks up on the bombora there I started to really grin as I linked wave after wave, listening to the gurgling sound of my Ventura spluttering away as it sucked hopelessly at nothing but air. I felt free as I rode the small bumps, aiming my nose at any hole that opened around me to squeeze that little extra acceleration & speed out of my surfski.

I managed to keep riding bumps all the way into the beach, before jumping off my ski and starting the 50metre run up the beach to the finish line. I’ve only ever walked this section before but with another competitor running up behind me, I stepped up the pace and managed to outrun him across the line.

To my shock I’d come in ahead of most of my team mates (a shock because I’m usually close of last!) with only two of the nine ahead of me. My time of 1:05:04 put me in 134th place out of 300 odd paddlers, which considering I’ve come last in two of the last three years, was a pretty substantial improvement!

After breakfast and a beer at the Bavarian Bier Cafe post-race, I got to reflect on how lucky we are to paddle this race. Competitors get to paddle against Australia’s best on one of the world’s best harbours and get to finish with a beer at the iconic Manly Beach. Does it get any better than that??

Big thanks to Deano and the crew at Ocean Paddler for putting on the event as well as all the volunteers who help out with safety boats and general help. Thanks also to all members of Team Fat Paddler who won the biggest team fundraising effort for the official event charity, the Fragile X Association.The full results are here and the official race report is here. Cheers, FP

Special thanks to Ben Stephens, Rachelle Mascord & Craig Hines for the use of their photos 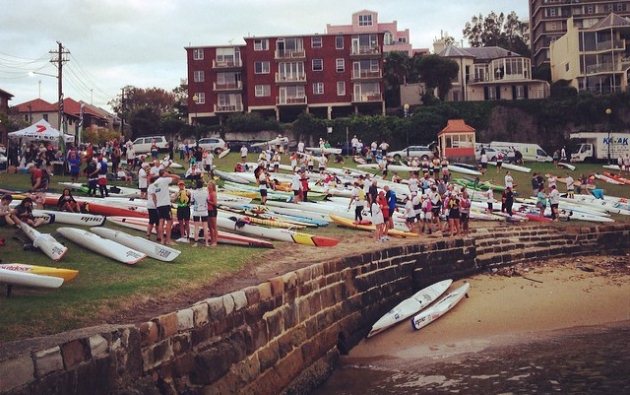 Paddlers gather at Blues Point for the race briefing 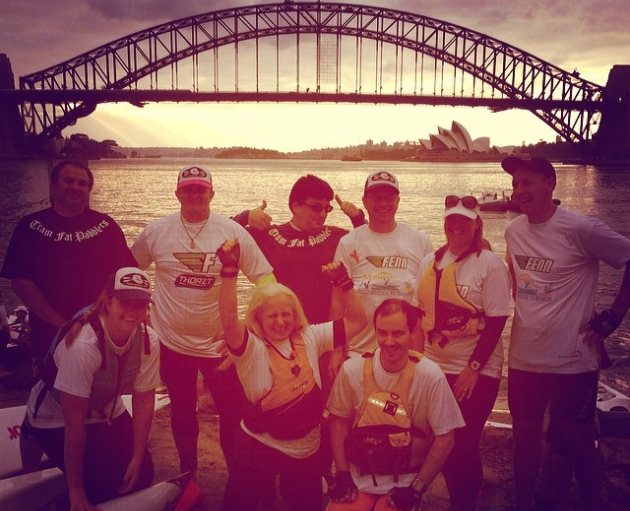 The motley paddle tribe that is Team Fat Paddler 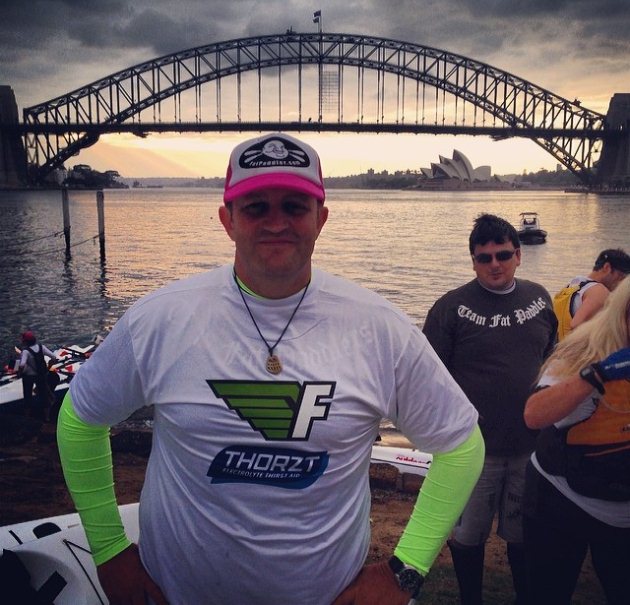 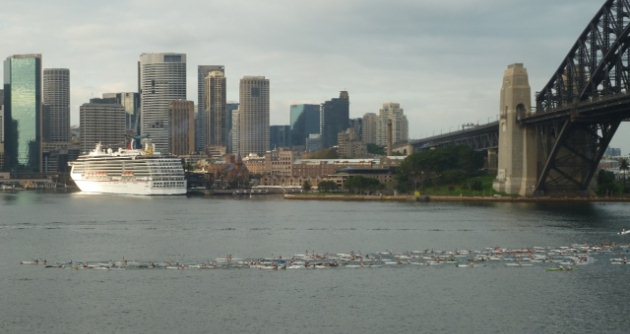 And they’re off! The 2014 Manly Wharf Bridge to Beach event gets underway

The spectacular skyline of Sydney as the paddlers race towards Manly 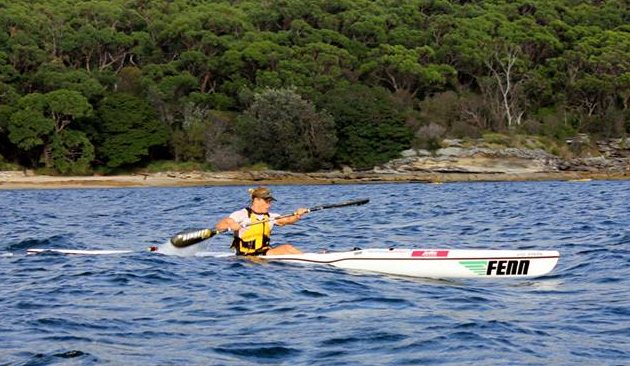 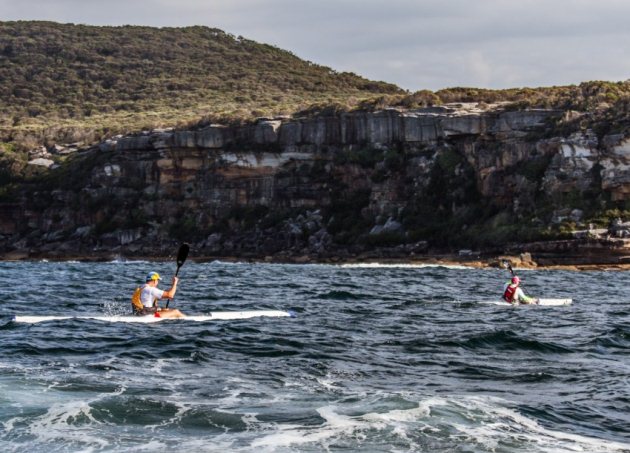 FP turns into Dobroyd Point after passing another competitor

Greg Tobin and Adan Rower powering into the finish 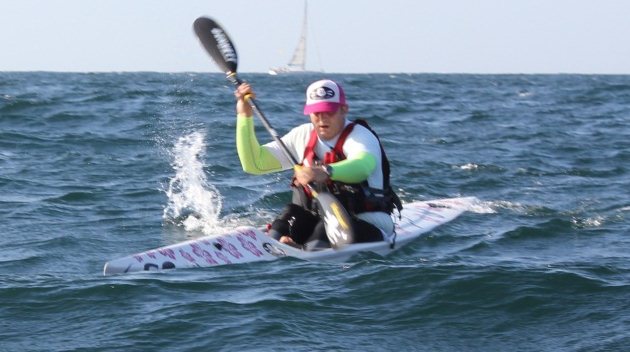 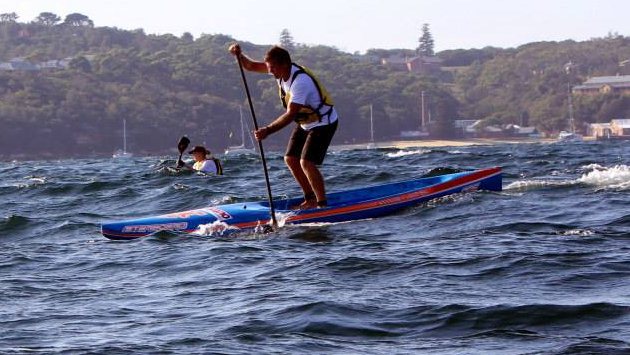 A SUP competitor riding the chop into Manly 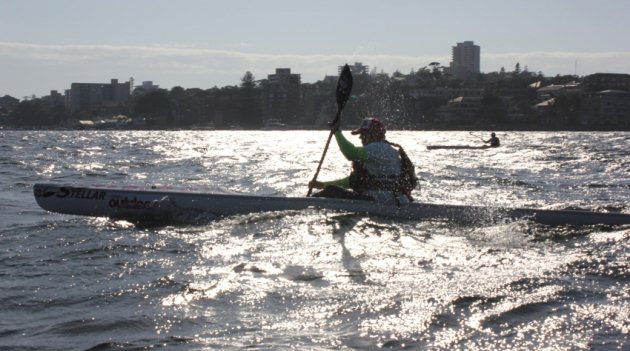 FP powering into Manly for the finish 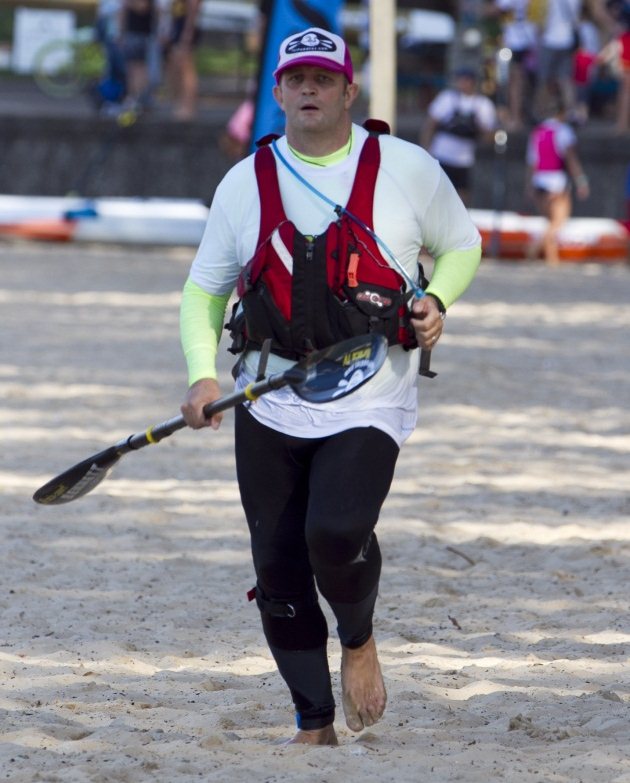 Something no-one has seen for a very, very long time … FP running! 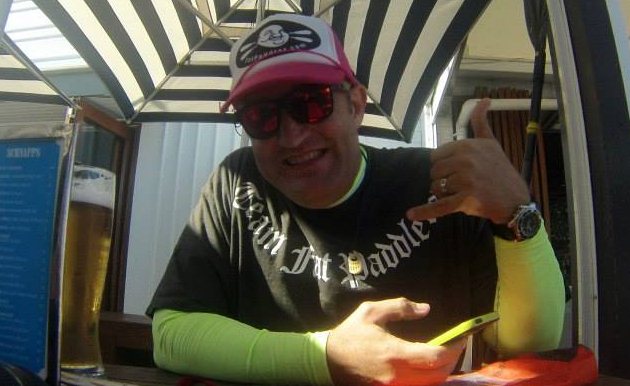 A new Personal Best warrants a rewarding beer at the Belgian Bier Cafe!