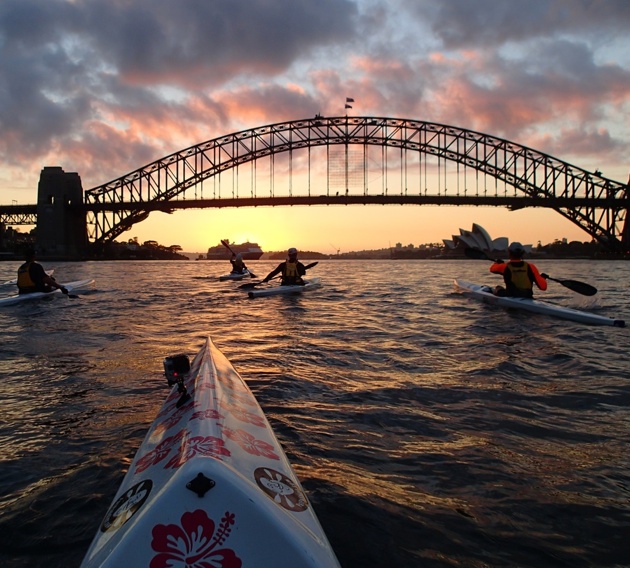 The Manly Wharf Bridge to Beach – 11.5km of open water racing on Sydney Harbour – is an annual institution on the Sydney paddling calendar. It starts under the iconic Harbour Bridge, runs past the Opera House, the Prime Minister’s residence in Kirribili, Taronga Zoo, Bradley & Middle Heads, before opening up to the open ocean coming through the Heads and finishing with an easy paddle into Manly.

Sydney Harbour Bridge – an iconic landmark over some interesting water

In the past few years rough conditions have made the race difficult. Last year the event was delayed a week due to rough weather before being run in conditions equally as bad, with strong winds, solid 2-3 metre ocean swell and a maelstrom of rebound as the swell and wind chop hit the cliff-line of the Harbour and bounced back at competitors from every direction. 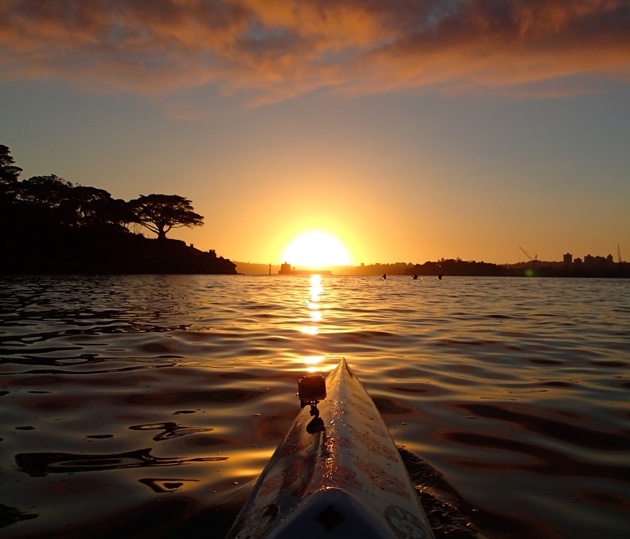 With a few Team Fat Paddler members who have never finished the event, the call went out to have a dry run at the course to at least get familiar with it before the event itself. On a spectacular early morning seven members of TFP carried their skis down the stairs at Blues Point and commenced the paddle to Manly, taking in the amazing light of the dawn whilst dealing with the cross-chop of ferries and other boats.

The run was relatively easy until we passed Bradley’s Head and made the run to Middle Head, where the NE swell started to hit the cliffline off to our left before rebounding back out. The water became active and bouncy, and before long we had our first swimmer, with Alan rolling out his ski and into the drink. Not that he was the only one, as the conditions worsened around Middle Head and more started to go in … first Meg, then Darren, and then Alan a few more times etc. 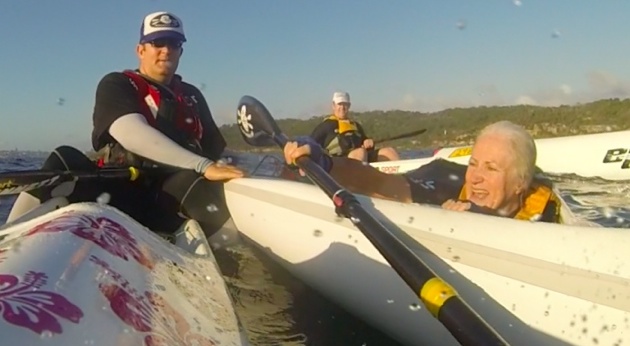 One of the many remounts on the day

Despite the pace slowing as more and more of the team enjoyed refreshing morning swims, we eventually all arrived at the harbour-side beach at Manly that marks the end of the race, before all sneaking off for coffee (and I believe a cheeky egg & bacon roll for one member of the gang). Then after we said our goodbyes to Meg & Alan who were heading home for the day, the rest of us turned our surfskis around and set off back to Blues Point, with stiffening winds behind us and some fun downwind bumps to play on. 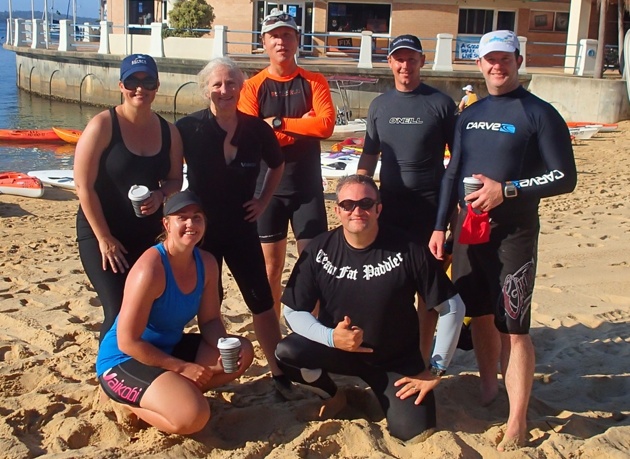 Team Fat Paddler – competitors sometimes, but friends all the time

The day wasn’t without its challenges but compared to the previous years’ races, was pretty easy for all of us. Importantly, the paddlers got a good view of the whole race course, and got to play in some rough, multidirectional chop and swell – an important piece of training before the winter series of races. It was also a good excuse to spend time on the beautiful Sydney Harbour with close friends, a perfect start to a lazy Sunday. Cheers, FP