Smoke the Coach – A Paddle Relay for Charity

Team Fat Paddler prides itself on never forgetting the importance of charity and pure, unadulterated fun. With that in mind, the team and coach Matt O’Garey from WetFitness came up with a little event for the team which would do both. The Smoke the Coach concept was born.

The idea was simple. Coach Matt would paddle 30km solo in a race against a Team Fat Paddler relay team. The venue would be Narrabeen Lakes on Sydney’s northern beaches, a shallow flat water spot that had good access and plenty of space. That was it, no other rules. Paddlers would pay a entrance fee plus they and any other friends of TFP could make any additional donations they felt like, with all proceeds going to MS Australia. 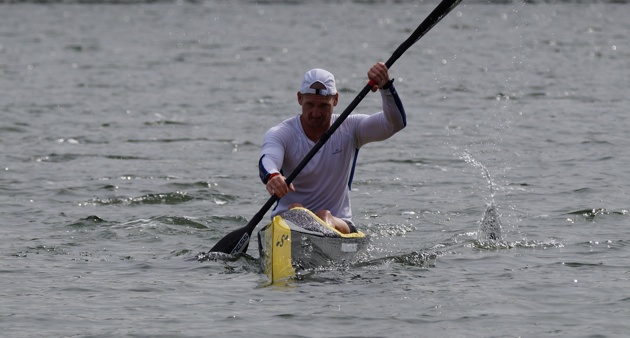 WetFitness coach Matt O’Garey preparing for the race of a lifetime!

I figured Coach Matt thought that would be fairly straight forward, but as the banter in the lead up to the event built, it became clear that Team Fat Paddler might undertake more underhand techniques to gain an advantage. Not cheat of course, we never suggest anything like that. Just…. make things more favourable for ourselves. Ha! 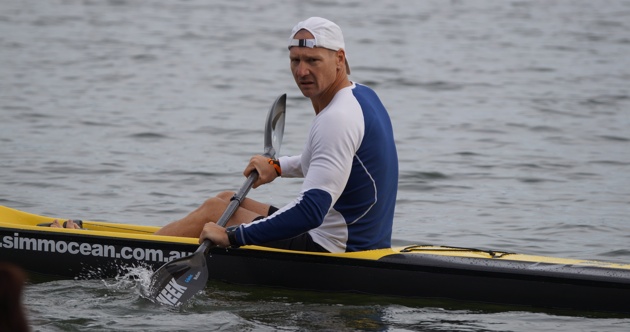 Coach Matt undertook the 6 hour drive from Coffs Harbour and on the morning of the race, the team gathered ready for the event. We were also joined by Stellar Australia and Paddlecraft who made skis available to everyone and supplied the marquee etc. Many other sponsors had kicked in prizes for our event raffle as well, including ASN Coffs Harbour, Over-board waterproof products, Stellar Kayaks, WetFitness and FatPaddler.com.

Coach Matt briefed the team on the route, the turning buoys and how best to manage the interchanges, before  busying himself with race prep. The team then stepped back and had their own strategy meeting, which included delaying tactics, ambushes, and the number one directive to tip Matt out of his ski at some point on the course. With a great degree of laughter, the team stepped away ready to take their coach on. 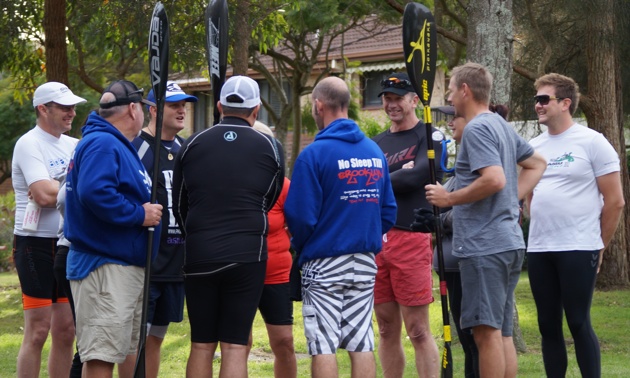 Team Fat Paddler talk “tactics” prior to the event

The course itself was a km long each direction, so 15 laps and at least 29 interchanges were imminent. The first lap was fairly uneventful, with the coach deciding the best strategy was to take the pace of the paddler he was up against to conserve energy. By the second lap however, Team Fat Paddler started to enact their strategy with blocking tactic at the change-over boys and skis place strategically to make Matt’s turns as difficult as possible.

Coach Matt tries to keep up with TFP speedster Tanya

Challenge of the Skinnys! Coach Matt vs Alan

By lap three the gloves were off, and all tactics started to come out. An attempt by FP to tip Matt out backfired when instead the coach flipped FP out first. That was the signal for all out war, and over the following dozen laps all manner of tactics were utilised, the highlights including: throwing soccer balls at the coach whilst turning, using teams of skis to blockade turning buoys, and the crowning moment when FP sacrificed himself at an interchange by launching off his own ski and landing squarely on the back of Matts sexy black carbon Stellar, rolling both of them into the drink whilst the next TFP member took off on his leg.

FP scores a direct hit with a cracking bounce shot!

Alan managed to throw himself off his own ski several times

In an amazing act of skill, Meg and Anjie manage to stay upright long enough for this photo!

FP sacrifices himself to take out the coach, tipping him in and giving Grant a head start 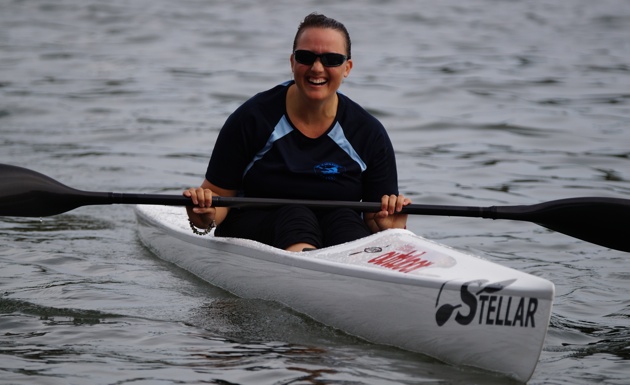 Laughter was pretty much a constant whilst the shenanigans went on!

I’m not sure there will ever be a surfski race on the calendar that involves such brazen cheating, but then I’ve never seen so many ski paddlers have so much fun either. I lost count of the number of capsizes after a dozen, not including the several by our own K2 team of Meg and Anjie-Lee, both preparing for the Yukon River Quest in July. Paddlers were swimming, laughing, trash-talking and having a huge laugh, and in the end, it was only fitting that both Coach Matt and Team Fat Paddler came across the finish line together, declaring a draw to the smiles of all.

The finishing pack coming in for the final 200m

Smiles at the end as the race is declared a draw

We’ll tally up the funds at the end of the week and pass on our donation to MS Australia. It’s the first time Team Fat Paddler has run their own fund-raiser directly and a good lesson for future team events. Thanks again to Stellar Australia, ASN Coffs Harbour, Over-board and WetFitness for their support but most of all to coach Matt O’Garey who not only organised most of the event but also made the 13 hour round trip to do so. Cheers, FP 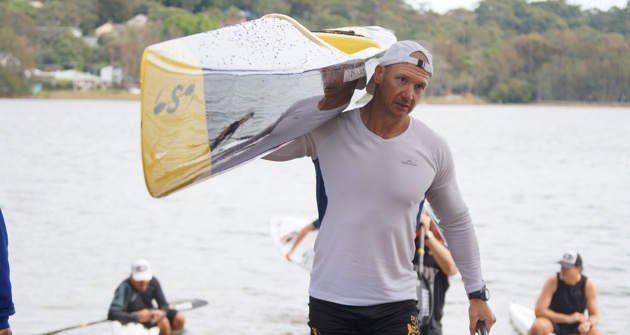 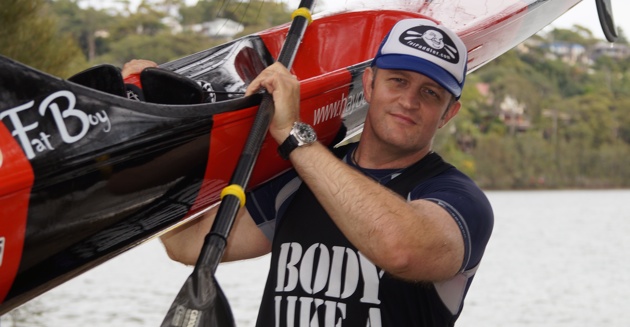 FP throws his best Blue Steel for the cameras

Team Fat Paddler and friends, doing it for fun & charity, and loving it!