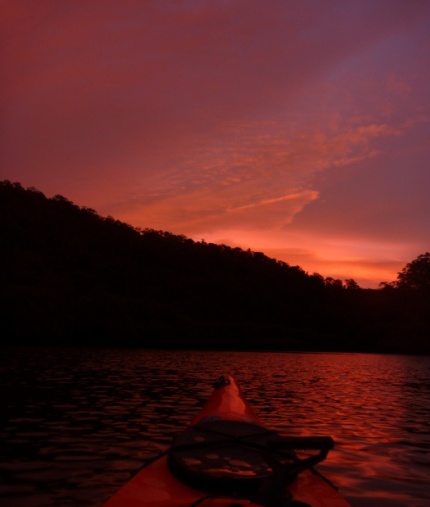 The plan was to kayak Lane Cove River early in the morning with a paddler mate. Except the night before he pulled out, claiming “it’s just too early”. Then to top it off, a severe wind warning was issued for Sydney closed waters, with 40 knot winds doubling in speed by gusts. Not good for Sydney paddling!

So instead of cancelling the days paddle, I picked Berowra Waters instead, an inland gorge  protected by steep hills about a 30 min drive from my house. And on top of that, I was keen to get the chance to get some dawn photos, so I decided on a 5am wake-up to make sure I got on the waters by 6am (which I just managed to do!). 20 mins later, I had my dawn. One word – Sensational!

Fat Paddler rugged up and on the water by 6am. Still dark! 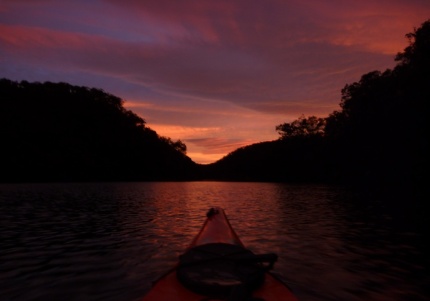 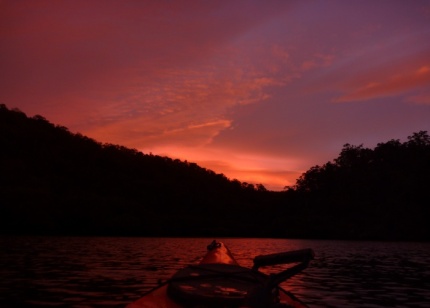 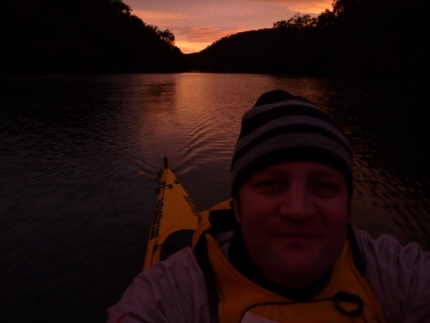 NOTE: The next day the Fat Paddler sold his Cobra Expedition , as featured in these pics, on Ebay. So this was officially this kayak’s last Fat Paddle. Bring on the next kayak!