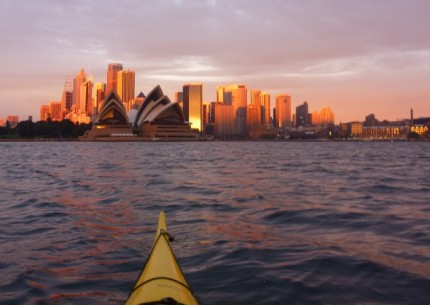 Dawn breaking on the Sydney skyline

I put the question out to Twitter on where to paddle and got the answer “Lavender Bay” from @andrawatkins.  This had great appeal, since the bay overlooks the Sydney Harbour Bridge and would give me a great oppportunity to try to capture one of Sydney’s rare “amber sunrises”.  To put this in perspective, the weather needs to be spot on and requires high level cloud to cast the right cover. On this day, the conditions were perfect!

I paddled out into the high-traffic ferry zone to the Fort Denison island (which was once a water-bound prison during the early convict days of Sydney’s founding).  Then, in the islands protection I waited for the dawn to break. 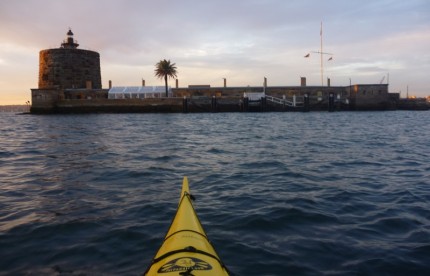 From the safety of Fort Denison I waited with camera in hand to capture the dawn, and what a dawn it was!  As the sun rose it cast its amber glow across the city skyline for about 2 minutes, just enough to snap a few pics, before it was over and the light returned to normal. 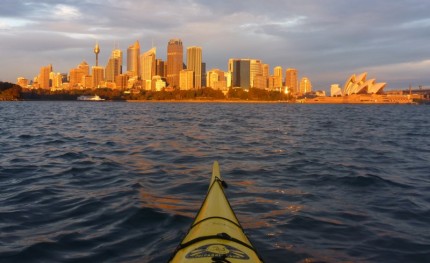 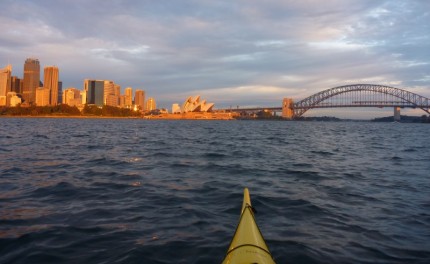 Sunrise over Sydney and the Harbour Bridge

Once the dawn was over, I paddled over to Darling Harbour (which I learnt mid-paddle is a no-kayak zone – oops!) to have a look at the tourist sights, such as the Maritime Museum and Sydney Aquarium, before returning to finish the paddle at Lavender Bay. Another sensational paddle adventure for the Fat Paddler.  🙂 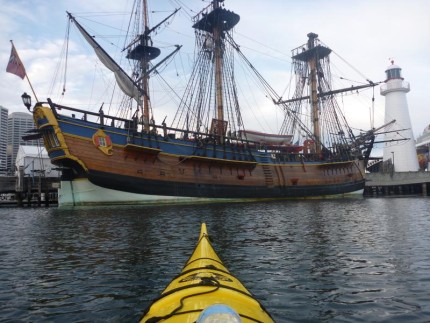 Yarr me hearties! Replica of the Endeavour, Darling Harbour 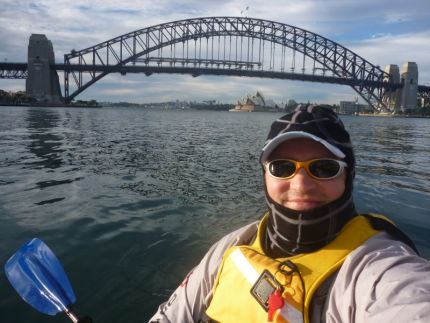 Fat Paddler rugged up for the cold. Nice scenery though! 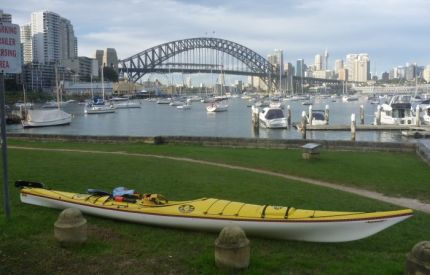