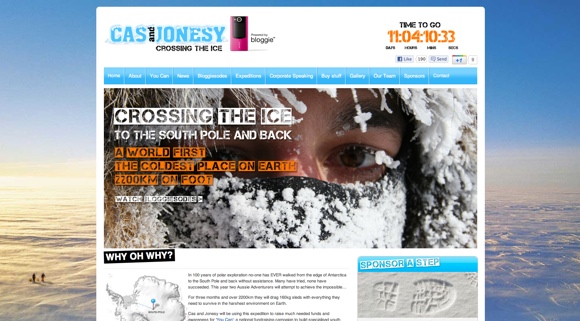 When I first started the Fat Paddler journey back in 2009, I read a book titled “Crossing the Ditch“, the story of two young Sydney men who became the first and so far only people to successfully paddle from Australia to New Zealand, a distance of over 3000km. The book resonated with me more than I expected and fired up a desire to not only take on my own demons, but to strive for more adventure in my life.  They were so influential in my own challenge that when it came to writing my book “The Fat Paddler” I asked them if they’d like to read the initial manuscript and perhaps write a Foreward for me, which they did.

Over the past few years they’ve been putting together a plan for their next adventure – an unsupported walk from the edge of Antarctica to the South Pole and back – a feat never before completed. They’ve spent countless hours planning, training, raising money, and more training, to ready themselves for this epic adventure dragging 200kg sleds across the ice in -50C degree temperatures on the Earth’s harshest continent. Today the boys boarded a plane bound for South America, on the first hop in their journey down to the southern ice. 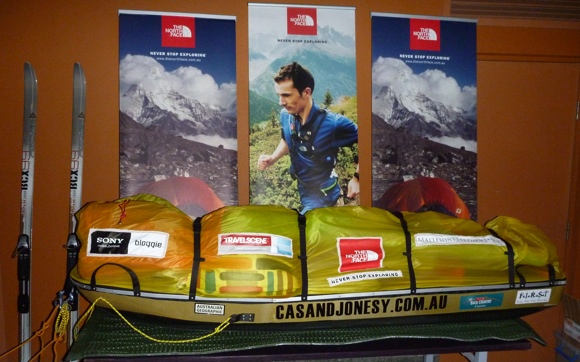 One of the sleds Cas and Jonesy will haul, packed with 200kg of provisions

I was fortunate enough to attend their farewell party last friday night where I got to see their gear first hand. The sleds are massive, looking more like high-tech coffins.  Over 100kg of the packed weight is food, since they’ll have enormous caloric requirements due to the energy required to haul gear over ice for thousands of kilometres. Their personal gear is of the highest quality, since it will make the difference between surviving the harsh conditions or not. And the lads themselves have stacked on close to 20kgs each to give them enough fat stores to get them through the ordeal. 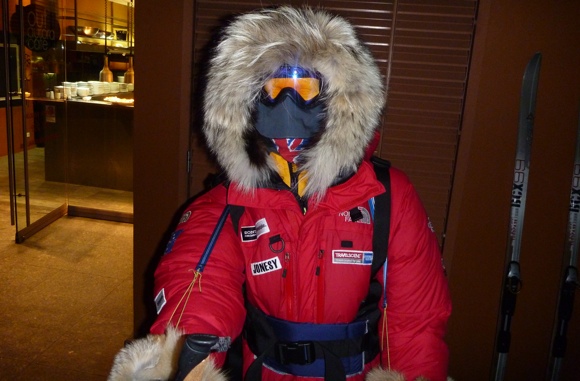 An expedition like this takes an enormous amount of planning and hard work to get off the ground, something these boys are not afraid to do. It will be an amazing adventure that everyone will be able to follow via their website CasandJonesy.com.au once they commence the journey in a couple of weeks. I for one will be keeping a close eye on their progress. Good luck fellas! Cheers, FP 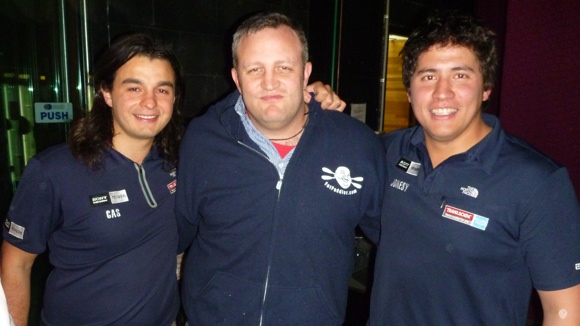 After a strong campaign to put on weight, Cas and Jonesy almost make the grade as Fat Paddlers