5.45am and the “tribe” is there – 5 paddlers on surfskis, one on a sea kayak, and one on a longboard. This is Manly Australia, home of the oldest surf lifesaving club in the world, and the local surf spot for Team Fat Paddler. As usual, we have a mix of seasoned ski surfers and raw beginners. People who are comfortable in the froth, other some who are terrified. That’s ok though, because when you’re with friends, you can work through the fear.

Manly Surf Club at dawn. A quiet and beautiful time of the day. 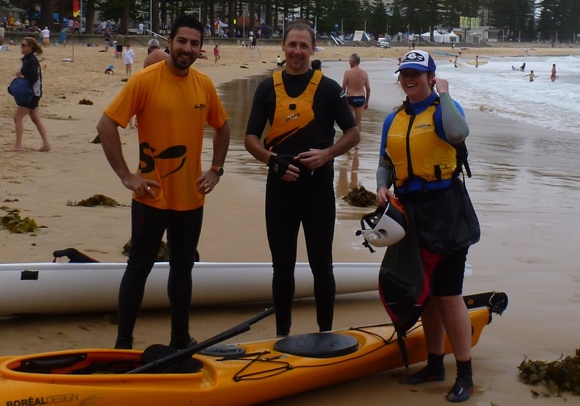 It was all brilliant of course – playing in the water, laughing with each other as we each get knocked about in the froth, and then the friendships lent on as we struggled at times on the ocean. It’s this level of friendship and fun that makes a crew so worthwhile. Cheers, FP

P.s. As always, a big thanks to Stellar Surfskis for the great toys we get to play with. We love ’em!