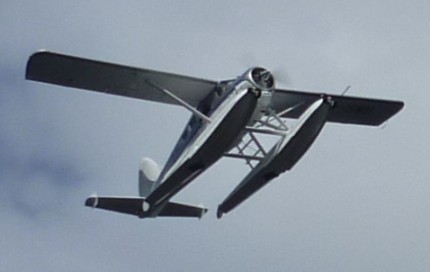 Photo taken from kayak. In real life it looked much closer!

So there I am paddling through the beautiful Ku-ring-gai Chase National Park in Sydney’s north, enjoying the stunning Aussie bushland and the distant sound of running waterfalls. Looking up I occassionally see a rare White-Bellied Sea Eagle circling the water looking for prey. And then the serenity starts to fade as the sounds of nature are replaced with the low drone of an aircraft engine.

Now when paddling through the steep gorges of this beautiful part of the world, one does not expect to hear or see aircraft. And yet the noise is getting louder by the second even though I can’t see it. Then suddenly from around a curve in the river comes a bloody seaplane looking distinctly like it’s on a landing approach! 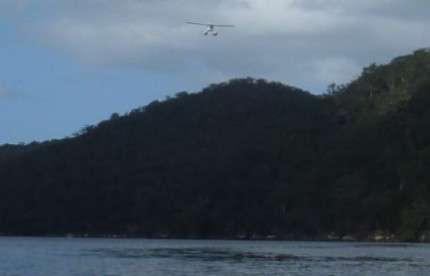 And sure enough, the low-flying bugger drops altitute, buzzes overhead and puts it down a few hundred metres behind me! At this stage I can only imagine someone of major importance has come to enjoy the very waters I was trying to enjoy. Or that a medical emergency is underway and sea-plane is the only way to get a doctor in. But not ten minutes later, another bloody plane comes in to land on top of me! 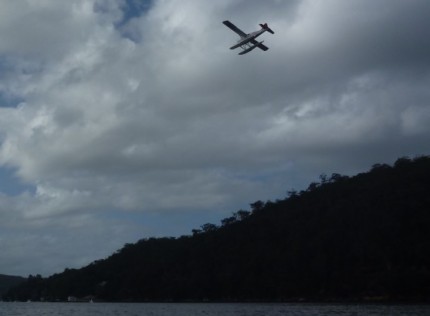 Oi! What about my serenity, eh??

By the third landing I realise I’m obviously paddling a well known, and well used, watery runway. Well, so much for a peaceful paddle. I’ve now added a new kayak enemy to the list. 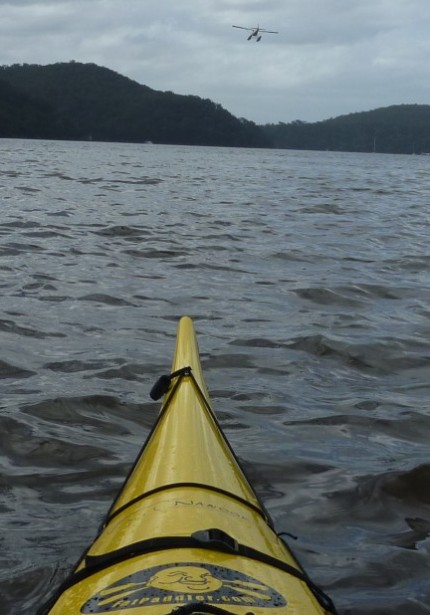 What is this, a bloody pilot's convention??