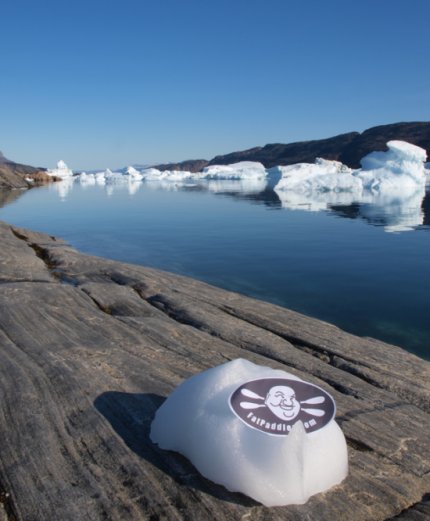 I received this great photo from Chris Paton, a remarkable bloke living in Uummannaq Greenland who is preparing for (and I quote from his Facebook Page):

“The Seven Settlements 2010 is a solo folding kayak expedition that will visit all seven settlements in the Uummannaq fjord region of North West Greenland. 450km of paddling among icebergs and whales, 650km north of the Arctic Circle.”

Besides the fact I thought it was way cool to see the Fat Paddler logo on ice in such a distant land, Chris is embarking on an amazing journey and I wanted to give him a plug for he is doing. The photos alone of his “training lead-up” in the arctic are worth checking out, especially of you are fond of whales, icebergs or the Northern Lights.