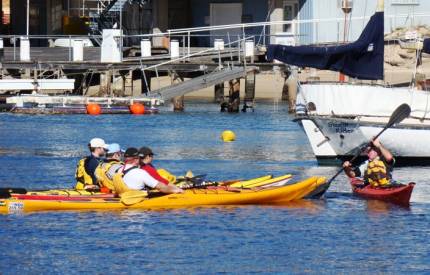 Following an early morning paddle I did a full day’s sea-kayaking class at Sydney Harbour Kayaks.  This course is the beginners guide to different paddle strokes and assisted/solo rescues, so I was quite excited about the chance to learn some interesting stuff. 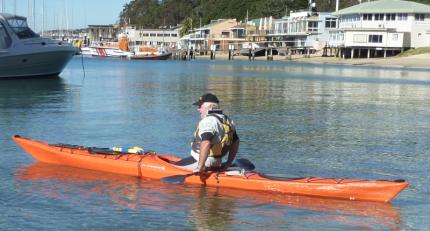 The instructor Adrian was both passionate and knowledgeable on the subject and offered a range of good tips on navigation etc before we hit the water.  He also had some “seiously mad skillz” in the kayak, demonstating many different paddle strokes and basic kayak skills before moving onto the forward stroke and rescue sections after lunch. 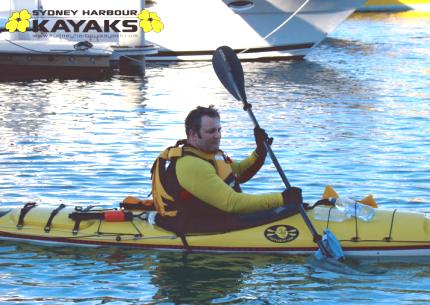 One of the sections to come later was rescues (solo and assisted). Now, having never worn a skirt on the kayak before I was a little nervous about this, but of course my overzealous paddling soon saw me flip over well before we’d started the rescue section. So there I am, upside down, strapped into the kayak, and honestly in a state of complete panic. Not too much though, as I still managed to get the skirt off the correct way and roll out of the kayak, before trying the first of the assisted rescues for the day. 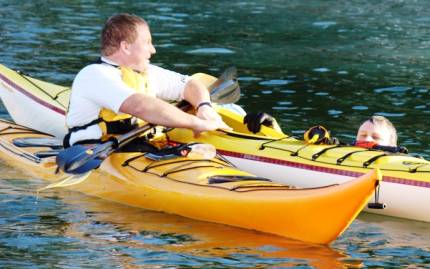 A big man about to climb (dis)gracefully into his kayak

Needless to say it was good practice for the rest of the day, as we did a fair bit of rescuing, and being rescued. And despite the wet cold feeling the day had offered a whole range of new skills that were well worth learning (and practicing).

A big thanks to Adrian and Sydney Harbour Kayaks – I had a great day!  🙂