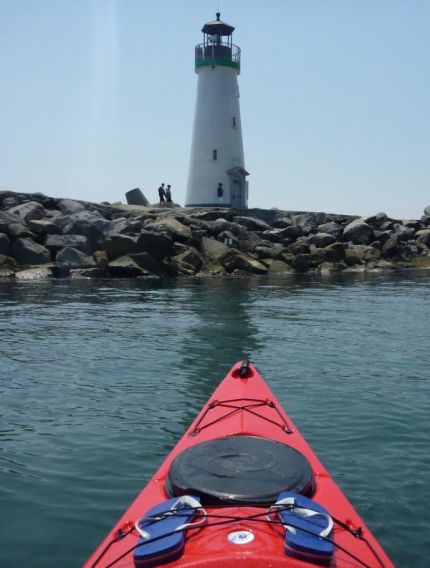 Lighthouse at the end of Santa Cruz Harbour

My paddle in Santa Cruz was going to be the maiden voyage of my new Folbot Cooper kayak. And had I not smashed about 300 shots of Cabo Wabo tequila the night before it probably would have been. But in the state I was, I decided assembling a kayak was out of the question and that I’d have to hire one, alongside friend @NoReinsGirl.

Now had I been smart I’d have hired the slow and stable version, but instead I hired a “sit on top” kevlar yak that was the tippiest boat I’d ever had the pleasure to paddle. This was of course a big mistake, since we made our way out to a pretty calm sea, only to find me scrabbling away trying to get back to the safety of Harbour without falling in. Fortunately @NoReinsGirl had no problems on her maiden voyage to sea – well done girl! 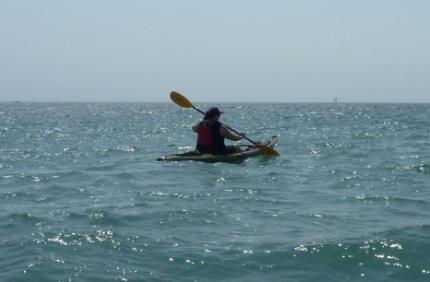 @NoReinsGirl out to sea for the first time 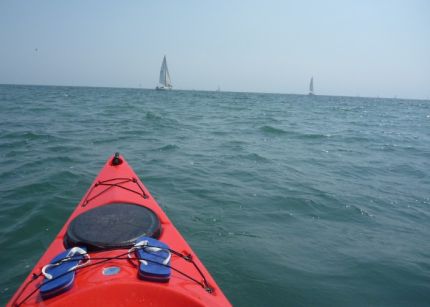 Other than that piece of excitement, I just simply felt too sick and jetlagged to paddle much more, so we did a cruisy few kms before turning in. The only other real excitement was paddling past an old sickly-looking sea-lion on the Santa Cruz Harbour, a vision that frankly reminded me of how I must also have looked. Maybe next paddle I’ll feel a bit better! 🙂 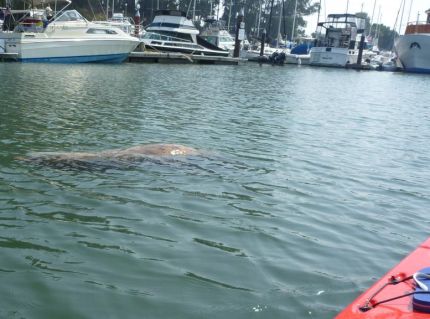 Close encounter with an old sea-lion. Not sure who looked worse off...