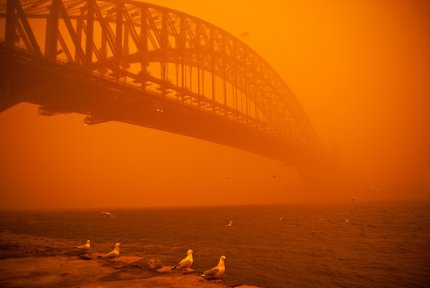 Sydney-siders awoke this morning to what appeared to be Armageddon.  The skies at 5.30am were fire-red and thick with dust, the early stages of what has turned into a full-blown gale-force dust-storm. In what has been termed a “once in a lifetime event”, a storm has travelled across much of Australia, picking up topsoil from thousands of kilometres away, and carried it to my home state of New South Wales. Apparently, a good half of the state is covered! 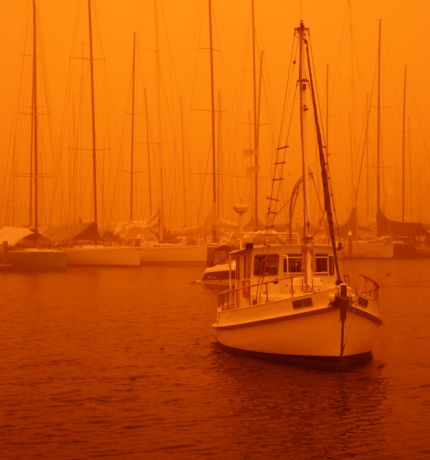 Now my first thoughts of course were how good the photos would be from a kayak on the water.  However 5 minutes outside quickly removed such thoughts as I was subjected to 80km/hr winds and choking dust. These weather conditions are quite literally hellish.

So no paddling today, will be locking myself indoors for as long as possible, watching the storm unfold.  And preparing for the inevitable clean-up that will come this weekend *sigh*. 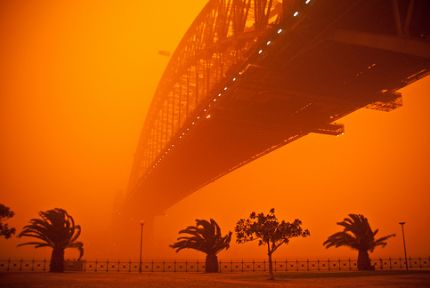 2 thoughts on “Four Paddlers of the Apocalypse”