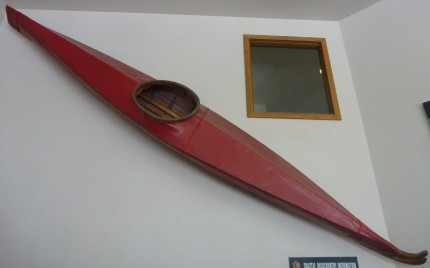 When thinking about traditional kayaks, the greenland qajaq is the first thing that usually comes to mind. These low volume high-ended skin on frame boats were ideal for hunting and are the basis for many of today’s modern kayak designs. However my recent trip to Alaska opened my eyes to the “other” traditional skin on frame kayak.

Whilst the estimated age of the Greenland qajaq is about 2000 years, the versions built by the Aleutians across Alaska’s island belt have been dated back some 4000 years. Known as Ikyax, or more recently as baidarka (the Russian name for “little boat”), these boats were generally better designed for use on open-seas and were documented as regularly sustaining speeds of up to 10 knots for long periods of time (a feat not even today’s kayaks have been able to emulate).

The main visual difference is their bifurcated bow, a double bow system which may have been artistic but may also cause uplift for the front of the ikyak. They also have a raised split deck which better drains rough seas and maintains more bouyancy, unlike their flat-decked qajaq brothers. In terms of sea-worthiness and speed, the ikyax were far superior.

As a recent purchaser of a Folbot Cooper, a modern skin on frame kayak, on comparison I can say the Cooper is far closer in design to the Ikyak than the qajaq, with the exception of the double bow of course. Like its ancient ancestor, it is flexible, light, has a raised split deck and is extremely stable at sea. Compare to the top picture of the iyak to my Cooper below and you can see the similarity.

On a recent visit to the Alaska Sealife Centre (Seward Alaska), apart from the amazing sealife they had there (go and see the Steller Sealion – biggest sealion you will EVER see!), there were many old pictures on the walls showing the importance of kayaks and canoes to both the native population and Alaska’s early western settlers. It’s an incredibly rich cultural history for our modern sport of paddling. 🙂 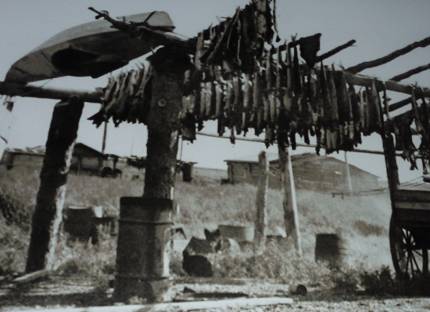 Settlers relied on baidarka for fishing and hunting