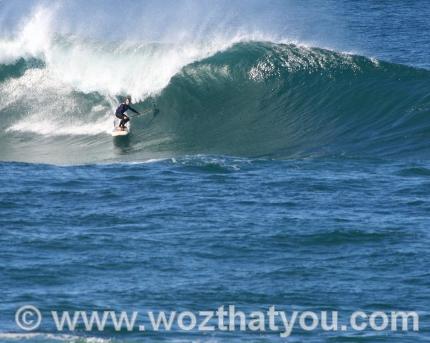 Doug, A mate of mine on the northern beaches of Sydney, gets up before sunrise each morning and lugs his impressive camera gear down to whatever beach is working best. Then he sets about taking pictures of everyday locals geting amongst it in the surf. And every now and then, he finds a paddler in the line-up, carving up the waves with the surfers.

In the pic above this brave SUP paddler has tucked into a sensational bombie. No idea if he made it out or not, but it sure looks like fun!

In the coming months Doug is going ro keep me informed of any other paddle-dogs he sees amongst the waves, and I’ll post some of Dougs photos here to keep you all inspired!

If you are into surfing as well as paddling, check out Doug’s website  www.wozthatyou.com for some sensational photos. And if you’re actually amongst them, tell Doug the Fat paddler sent you and I’m sure he’ll do a good price on some prints for you! 😛

Stand Up Paddlers at Manly Festival of Surf