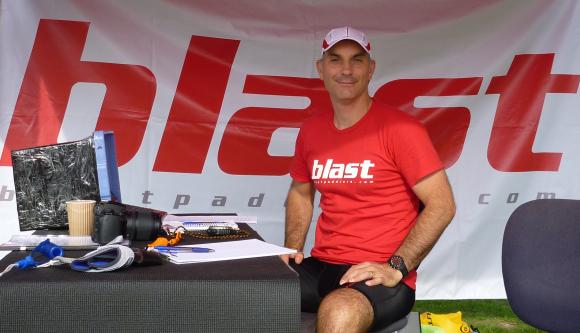 I took my new kayak out for it’s maiden voyage on Saturday down at the Spit at the same time as the Balmoral Blast combined with Sydney Harbour Kayaks to run the first Blast time trial from the Spit to Bantry Bay.  As usual I bobbed about in the water camera in hand as very fit and fast ski paddlers zoomed past me on their time trial, but did manage to fire off a few shots of some the paddlers. Then about 40 minutes later the returning paddlers were treated to a bbq breakfast courtesy of Sydney Harbour Kayaks, and thankfully left a hungry Fat paddler a cheeky sausage sandwich as a reward for my efforts. Great stuff Shannon and Dez! Cheers – FP 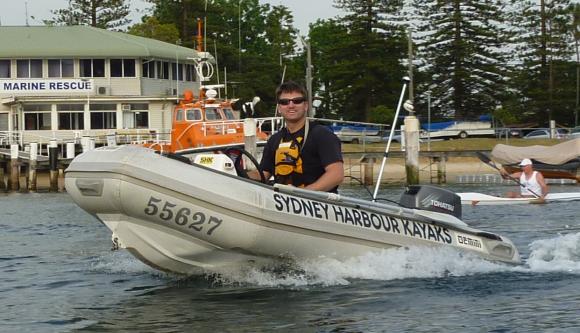 Shannon from SHK on the rescue boat 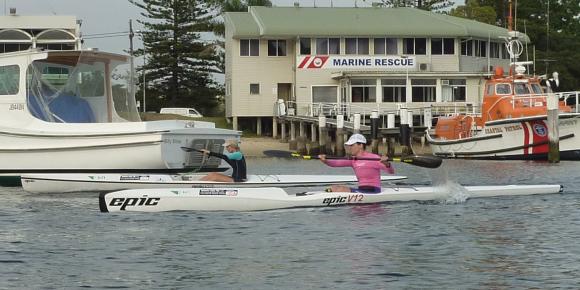 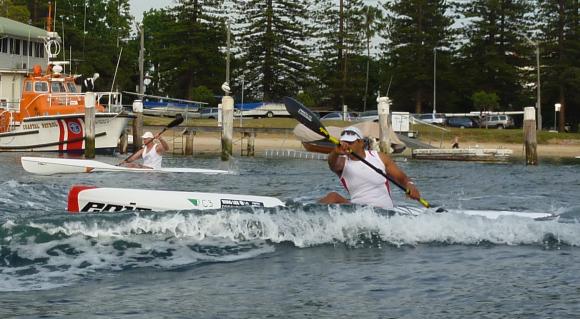 The introverted paddlers wear red (not!) 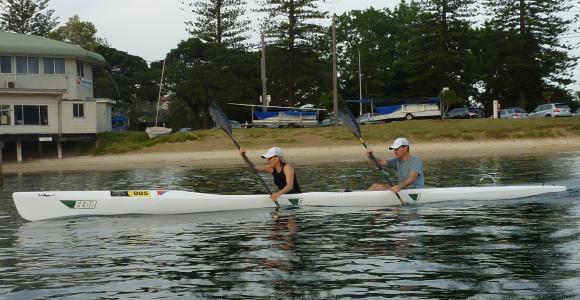 Double the power in a VERY long ski! 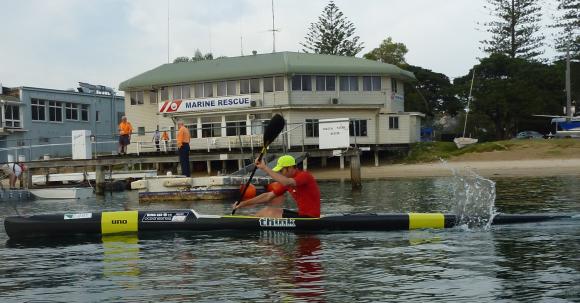 The stealthy ski – it’s like Knight Rider on the water! 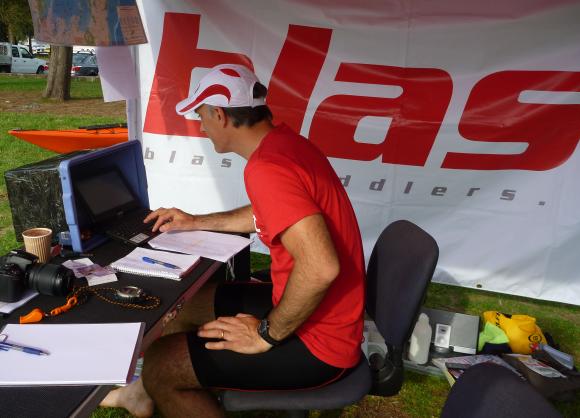