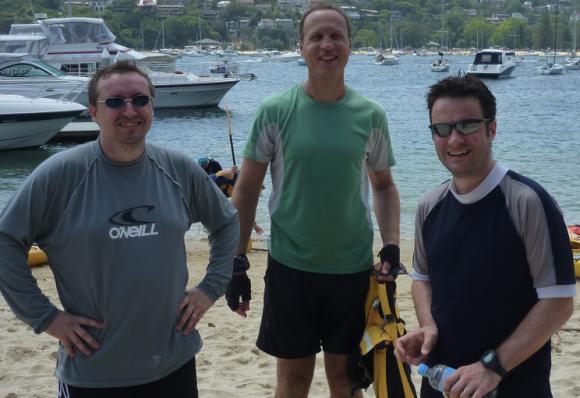 The members of Team Fat paddler got together this morning, on a hot fine Australia Day, for a first paddle together. Alan and Sacha had a little experience under their belt, but Grumm was losing his paddling virginity, so it augered for a fun (but slow) morning!

We head off onto Middle Harbour, giving Grumm tips along the way before sighting the Coffee Boat chugging towards Sugar Loaf Bay, so we took of to intercept the good ship Vittorio in the search of black gold. Rafting up, we got a chance to catch our breath and savour the morning with fresh coffees in hand. 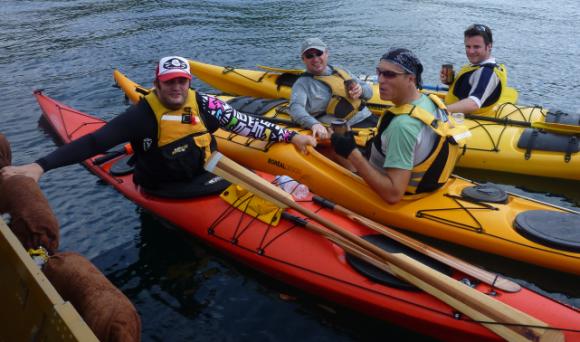 Finishing up, we took off for Bantry Bay as our final destination. By now, Grumm had worked out the kayak and was handling the boat waves well, but was also starting to whine (as only a Pom can) about his sore shoulders… and arms… and back… etc etc! So once we got close, I asked Grumm if he’d like to try my Greenland paddle, which he accepted. I switched to my spare GP, a split Mitchell Horizon, for the cruise into Bantry Bay. 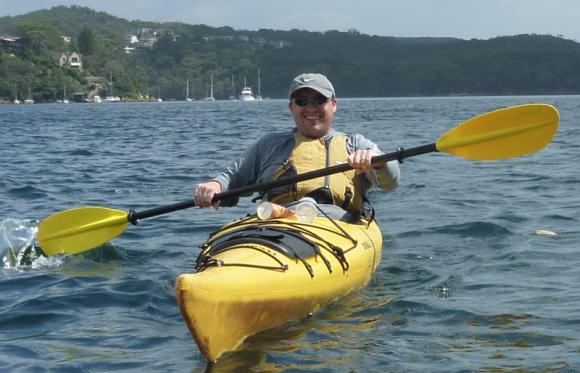 Grumm having taken my GP and refusing to give it back

Once there, I took off for a fast sprint, and during a particularly powerful sliding stroke, felt my paddle buckle and fold in my hands! Unbelievably, I’d just smashed my third GP (honestly, I’ve now broken them all!). To the laughter of the other lads, I now had to revert to a canoe-stroke with half of the GP! 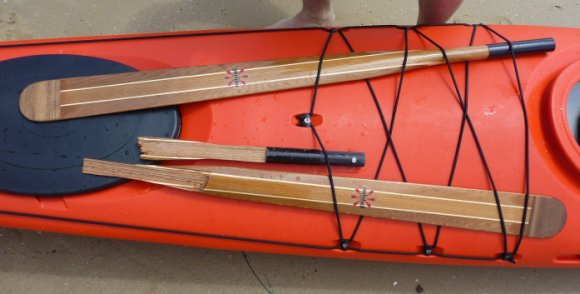 After realising I couldn’t keep up with the other boys (even Grumm!), I had to revert to the Euro blade, for the first time in about 6 months. Casting grumpy looks back at Grumm, by now firmly refusing to give my GP back, we limped back to The Spit. Then, after a quick roll, and a quick failed roll attempt and a swim (!!), we called the morning done and each head off for our respective Australia Day activities.

Of course, for me and Grumm (we live on the same street), that is going to involve beer, prawns and lamb on the barbie. But to start off, I found this little number at the local pub, which I thought I’d dedicate to my Kiwi mates (that means you, Darryl). Cheers and happy Australia Day everyone! – FP 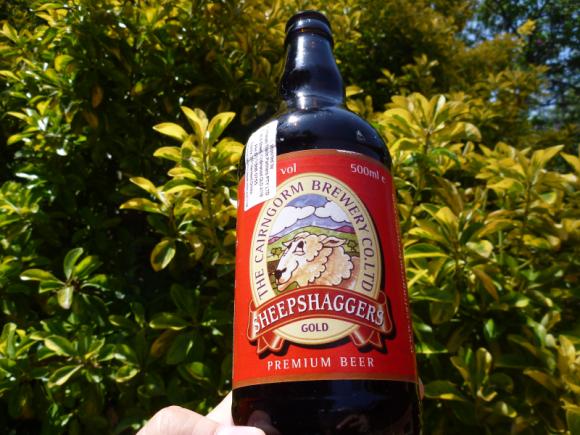