As a kayaker, I feel incredibly close to the waters I paddle in and the life within it. There is no doubt that paddling has made me into an environmentalist, as I see first hand both the splendour of our natural aquatic world, and the damage that we as a species are doing to it.

I have particularly deep feelings about our mammalian cousins who live in our waters, the cetaceans that allow us to share their world. From playful dolphins surfing along our shores to giant whales breaching along our coastline and occassionally in Sydney Harbour, I can’t help but feel these incredible and gentle creatures need to be protected from the men and women who would do them harm.

At 35000 feet above the Pacific Ocean on a flight to the USA, I was happy to see that our Australian national airline Qantas had supported Australia’s stance against whaling by including “The Cove” on its list of inflight movies. This incredible documentary and feature movie had grabbed my attention recently when I started advertising it on FatPaddler.com, so I was quick to make this my first selection during the long 13 hour flight.

Now I find myself sitting here looking out the window high above the world’s greatest ocean trying to hide my tears from the other passengers. It is hard to describe the real horror of this movie, but I wanted to write a short synopsis in the hope that others might look out for The Cove and add their voice to those that are exposing such horrific actions. Whilst it is not a movie that involves paddling at any point, as men and women sharing our waters with our cetacean friends I believe this is a movie that we can all relate to.

The Cove stars Ric O’Barry, the dolphin-trainer responsible for the original Flipper series, and his fight with both his own conscience and the Japanese authorities. His Flipper series created a global demand for the capture of dolphins for theme parks, and the birth of a global trade in dolphins, a point that tortures Ric as he discovers the truth behind the industry his television series had created.

The great disservice nature had bestowed upon dolphins was giving them a natural smile, and for years trainers like Ric saw the dolphins as happy playful animals that adapted to captivity well. However, evidence started to mount that stress was killing captive dolphins and Ric’s epiphony came when one of the original Flipper “actors” swam up to him and drowned itself in his arms – a literal dolphin suicide.

From that day Ric became a champion for freeing captive dolphins, not just as an advocate, but as a man of action who literally travelled the globe cutting into enclosures to free their dolphin captives. Finally he discovers a terrible secret in Japan, where 23,000 dolphins a year are slaughtered, with the town of Taiji at the centre of the horror.

The movie follows his battle with Japanese fishermen, politicians and police to gather evidence of the dolphin slaughter. It shows the high levels of profits and corruption, the incredibly high levels of mercury poisoning occuring through the consumption of dolphin meat, and the inability of the International Whaling Committee to take any meaningful action. Finally, with the aid of an incredible team of special effects wizards, adrenalin junkies and divers, he mounts a daring raid on “The Cove”, the hidden and well guarded killing ground of Taiji.

Using underwater microphones, cameras mounted in fake rocks, remote control helicopters and a cute “whale shaped” blimp, the team gets incredible footage of the barbaric slaughter enabling them to publicise the deception surrounding the dolphin industry. 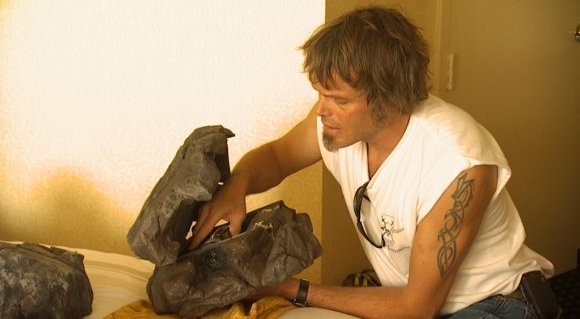 This is not a movie for the squeamish. The scene of an escaping dolphin, wounded, terrified and gushing blood will haunt you, as it did the couple who filmed it. But it is an incredibly important documentary highlighting not only the terrible secret of Taiji, but of the corruption surrounding international whaling as led by Japan. 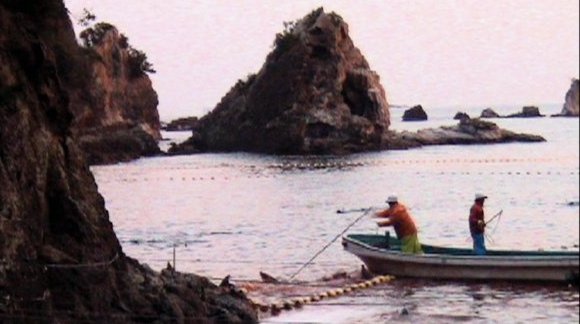 Lastly, watching the movie is only the beginning, and I would urge you to take further action if you feel as I do about our cetacean friends. Be it signing the petition to world leaders, or donating to the organisations taking action against dolphin and whale hunting, or even just writing your own review of the movie, do your bit to help protect our wildlife. Cheers – FP

The Cove available on Amazon

6 thoughts on “Movie Reviews for Paddlers: The Cove”