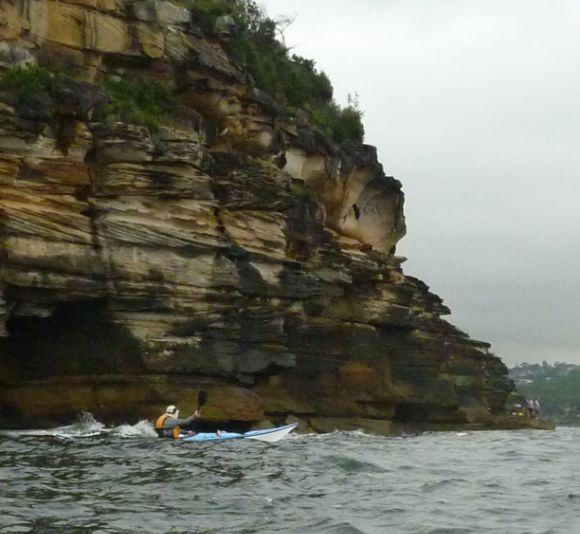 Timbo paddling along the cliff at Middle Head

When Team Fat Paddler take on the Kayak for Kids event in March, the 18km route has one section that could prove tough, and that section is a rocky outcrop known as Middle Head. This spot is the junction between Middle Harbour and the main body of Sydney Harbour, and whilst inside the harbour itself, it faces directly out to sea. This means it takes the full brunt of ocean swell coming off the fabled Tasman Sea along its rocky cliff face, rebounding so that the water becomes a multi-directional lumpy zone of criss-crossing waves.

The TFP lads had once paddled out to have a look, but in some bouncy swell and without safety equipment, decided to turn back to the relative safety of Balmoral Beach. On this day, the ocean was calm and the boys decided to have a crack at paddling around the Head and back. 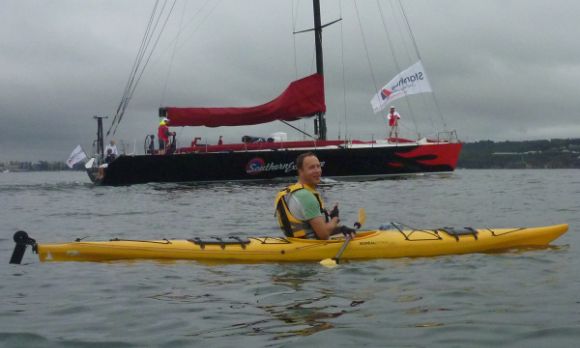 Alan trying to race a maxi. Neither seem to have a sail. 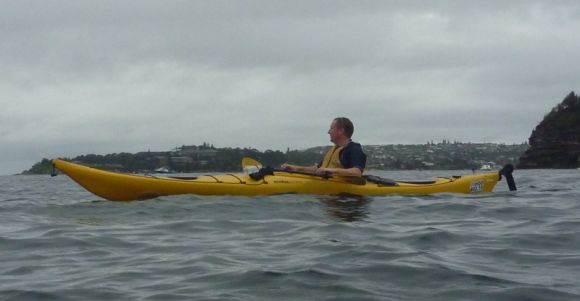 Grumm staring out to sea and hoping he doesn't drown today

With low swell you’d think the paddle would be easy, but as the boys found out the rebound off the cliff adds a somewhat exciting dimension to the paddle.  As Sacha exclaimed bouncing about in the rebound, “this really makes you feel alive!”, and indeed he was right. The exhilaration of taking on the challenge was firing the boys up as they passed first one way and after a quick breather, turning back for another pass past the Head again. 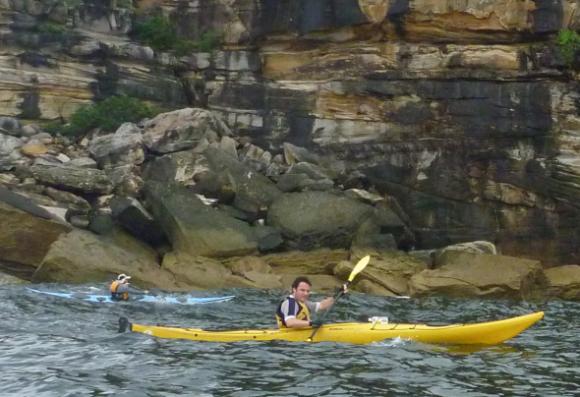 Sacha paddling past Middle Head (with Timbo in the background) 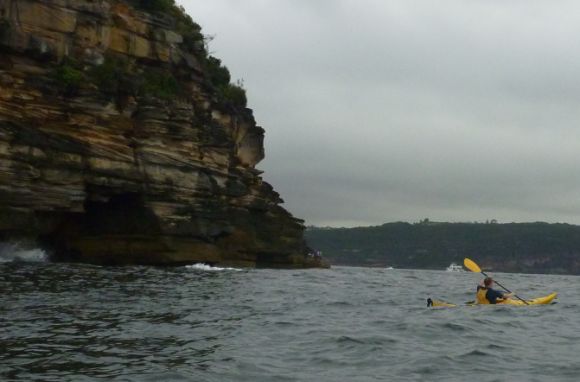 Caves in the cliffs of Middle Head 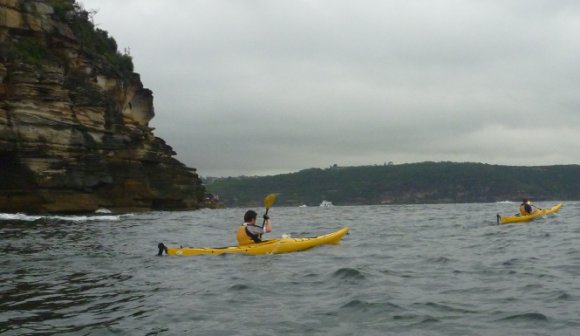 Of course having beaten Middle Head, there was only one thing left to do – find coffee. So ducking around the head the lads paddled into Balmoral Beach for a hot coffee and a some friendly banter and bragging. 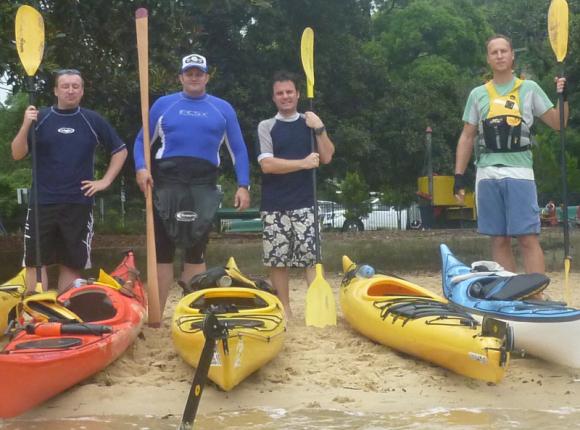 Having finished, there was nothing left to do but to enjoy the cruisy paddle back to Sydney Harbour Kayaks, stopping only for a few rock gardens along the way for a bit of “manouvering excitement” and to once again put my Adanac Rock Garden Series paddles to the test! Another day of fun for TFP over for another week, cheers boys! – FP