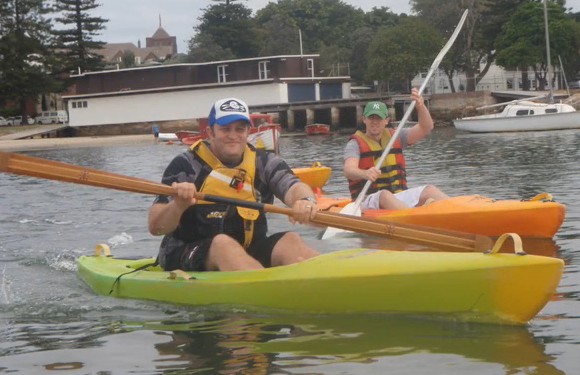 FP with a Greenland Paddle. On rescue duty!

What do you do as a team builder for 30 marketing staff in a glorious city like Sydney? There’s a whole range of fun things to do, but this time around we convinced the HotelClub decision-makers that kayaking on Sydney Harbour would be a winning option, and after a 2 hour marketing workshop, we all head off for Rose Bay. 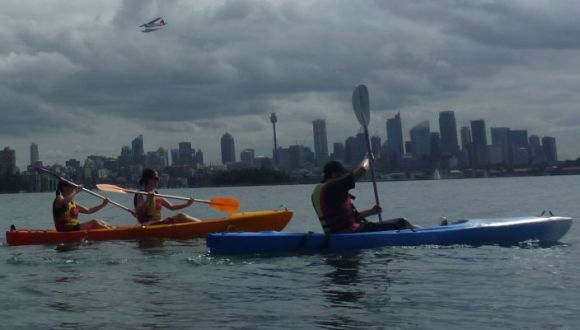 Kayaks, the Sydney skyline, and a landing sea-plane!

Of course there are TWO places to rent a kayak in Rose Bay, and all 30 of us caught cabs to the wrong place and then had to walk a bloody kilometre or so to the right place, all during a humid 30-odd degree day. But once there, we threw our swimmers on and dragged the hire kayaks into the bay. It was great to finally hit the water after such a long hot walk! Anybody who has tried kayaking before, in Australia or on weekend breaks in England, France, or anywhere will know what fun it is. You really have a sense of speed, fluidity and freedom that no other sport gives.”

A paddler, a Sydney Ferry, a lighthouse and a naval ship!

As luck would have it the weather gods had calmed the Harbour to the glassiest level I’d seen for some time, with the only wave hazard being from passing fishing and cruising boats. Of course one such wake washed one of the paddlers overboard and I had to circle around to help get the paddler back into his boat, but otherwise there were no other accidents and everyone made it out to Shark Island for a swim with a great view of the Sydney skyline. 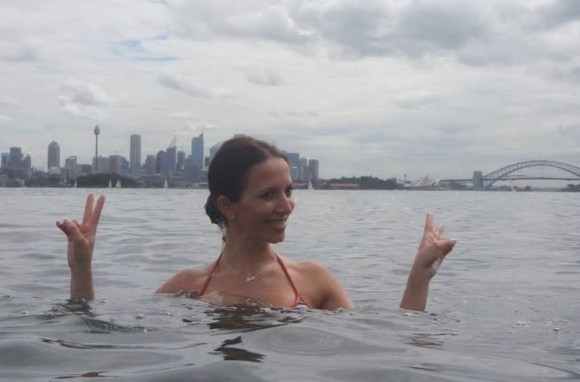 Next we circled around the island and head off for a beach on the western side of Rose Bay, where we were able to have another swim and a quick regroup before the final paddle for home. At this point we split up some of the slower double kayaks and a couple of stronger paddlers (myself included) helped some of the novices to paddle back. 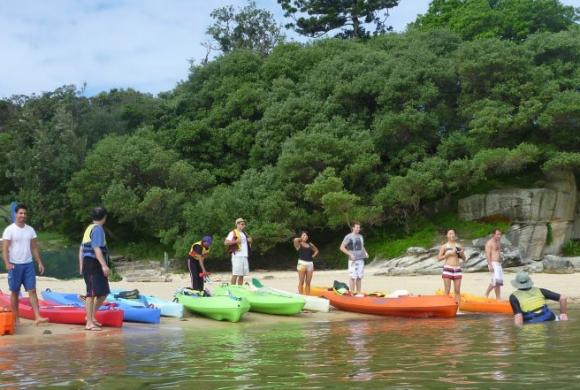 The next beach stop on the west side of Rose Bay 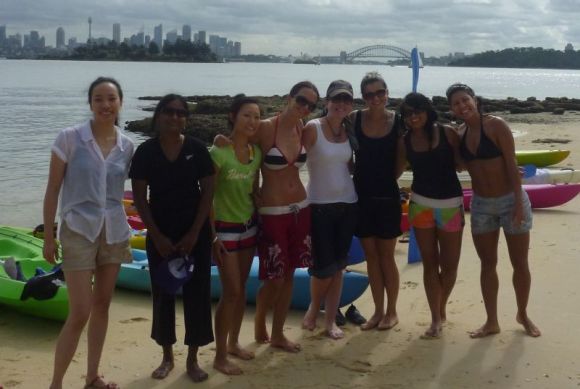 Not a bad view from this beach. Not a bad skyline either - haha!

Once back we did what any Aussie would do after a bit of exercise – we hit the pub! So we all bundled off into cabs and buses before easing into a few beers at our local beer garden, all under the watchful gaze of a local Magpie. A great corporate team builder, I can’t recommend it enough – cheers, FP. 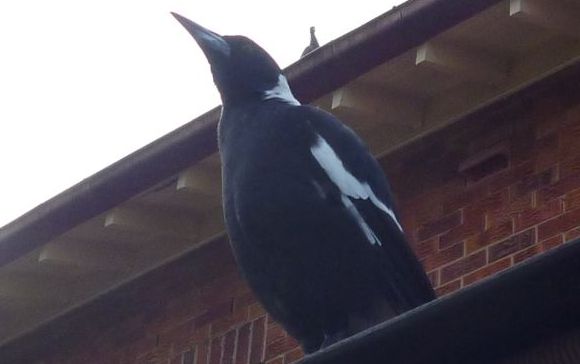 The watchful gaze of a local Magpie

Final Word: it would be remiss of me not to mention that HotelClub has a great range of Sydney hotels at excellent rates, or in most cities globally for that matter!  🙂

On the Water with Orbitz and HotelClub