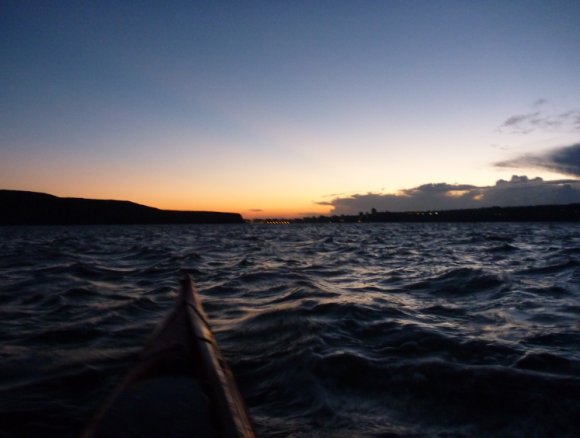 The Famous Tim Kennings and I pushed off into the darkness, hunting the sunrise over North Head. The morning was proving to be the first really cold one for the season, with a biting 15 knot wind and the water temperature having dropped several degrees over the past week. The wind was supposed to be the same as the 2-3 metre ocean swell, coming from the south east, but despite all predictions, was blowing in from the west. All was adding up to a nervous paddle in the dark riding over big swell whilst being broadsided by big nasty chop. 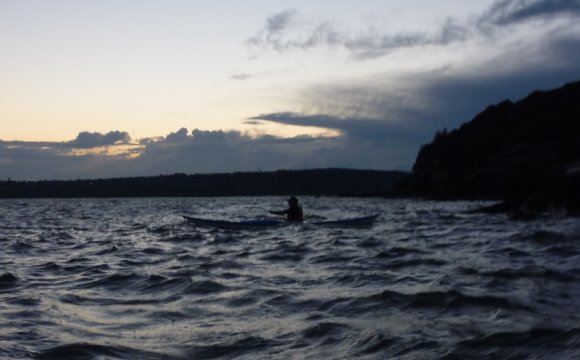 We pulled in on the safe side of Middle Head to stay out of the swell whilst we waited for the sun, but a fast outgoing tide kept sweeping us alongside the rocky shore and out towards the Heads. Timbo had his helmet firmly in place as he played amongst the rocks in the darkness, whilst I impatiently circled around waiting for the elusive sunrise photo. 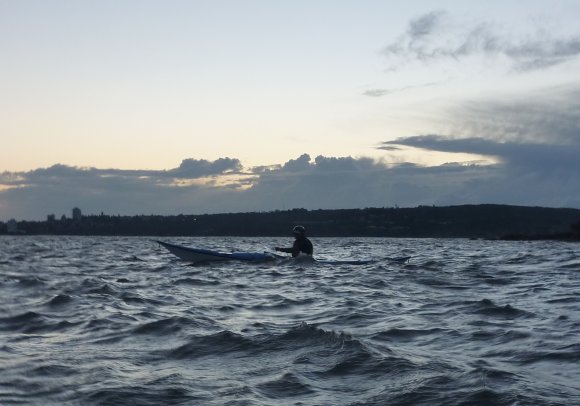 Timbo, and things that go "bump" in the night!

The Famous Tim Kennings of course is never completely happy unless doing something crazy near rocks, so it was only fitting that after a decent wave rolled past, a huge trough opened up showing a jagged rock that had been hiding beneath. Too late for Tim unfortunately, who’s kayak slid into the trough and clipped the emerging monster with enough force to give him a bit of a rise, but not enough to do any lasting damage. Naturally, I laughed my head off, as Timbo circled around looking back at his stern like a puppy chasing his tail! 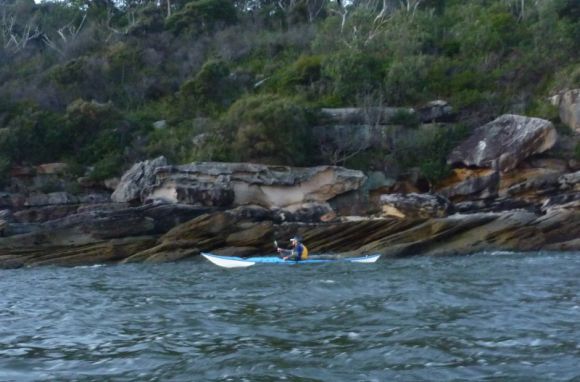 Getting light, but still no sunrise

Meanwhile a front coming up from the south had placed a lovely dark curtain in the way of the sunrise, and begrudgingly I accepted the fact I wouldn’t get a decent shot. So paddling out into the swell, we turned and paddled towards Balmoral, catching slow runs down the faces of the building swell. All up it was a pretty disappointing start to the day, until a chance glance over my shoulder and I could see that although late, the sun was finally about to break through the clouds. 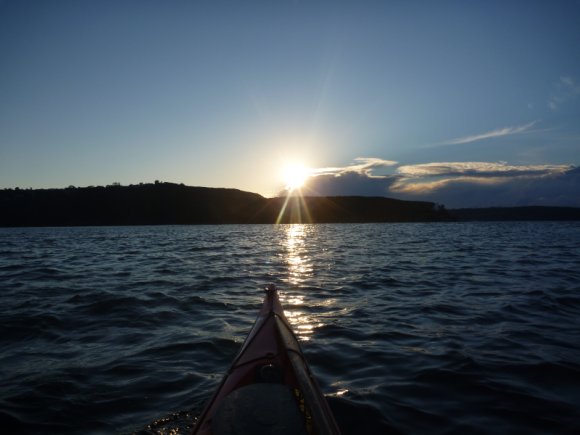 At last! The sun emerges.

With the shot finally done, Timbo and enjoyed the rest of the paddle with a gentle ride up to Bantry Bay followed by a couple of coffees at Sydney Harbour Kayaks. Another lovely start to a Sunday. Cheers – FP. 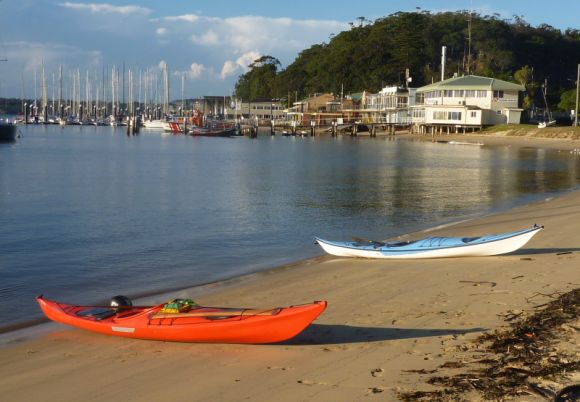 Paddle done, boats ready to be packed up. Lovely!

4 thoughts on “Chasing the Dawn in the Choppy Darkness”