Lumps and Bumps from Ettalong to Umina 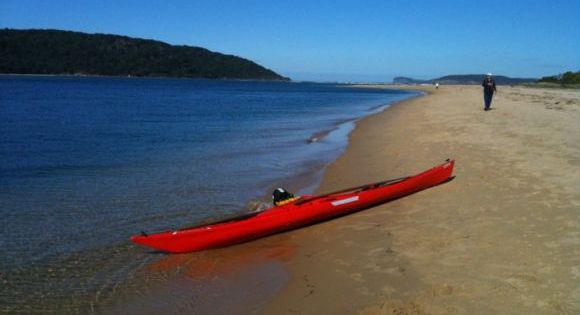 The calm waters of Ettalong Beach. Perfect for kayak launching.

Towards the end of the family holiday I’d taken off from Avoca looking for a decent paddle. Driving around the Brisbane Water looking for somewhere interesting to paddle, I somehow ended up at Umina Beach, which was being pounded by some decent sized surf rolling in on the southern swell. I couldn’t see anywhere to safely to launch under the conditions, so I continued to drive around the point and into Ettalong Beach, a picturesque spot tucked away out of the surf zone. I quickly unloaded the boat and within a few minutes, head off across the channel to the inside coastline of Box Head in Bouddi National Park. 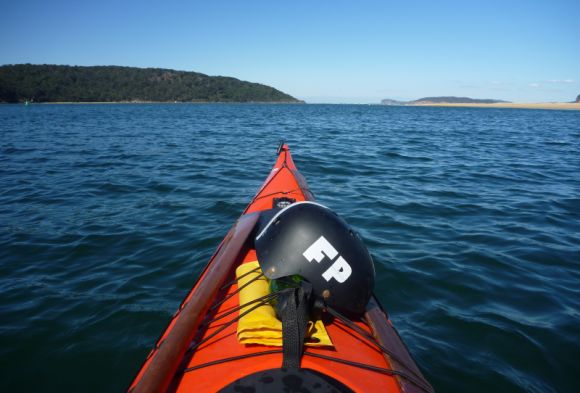 All set for some fun. A couple of Greenland paddles and some safety kit.

The inside coastline of Box Head is a beautiful spot to paddle, with plenty of  rocks to paddle amongst and the safety of a deep water channel keeping the surf at bay. As I pottered about amongst the rocks, the occassional swell would roll in washing through the small gauntlets, creating some fun moving water for me to explore.  On one occassion, the surge lifted me up and deposited me on a lone rockie outcrop, where I teetered uncontrollably until the next surge lifted me away.

Fun little surges amongst the rocks.

In general the deep channel protected the shoreline from anything too adventurous and apart from the odd big surge, I was left to explore in relatively calm waters, with just the local wildlife to keep me company and the feel of the warm sun on my face. 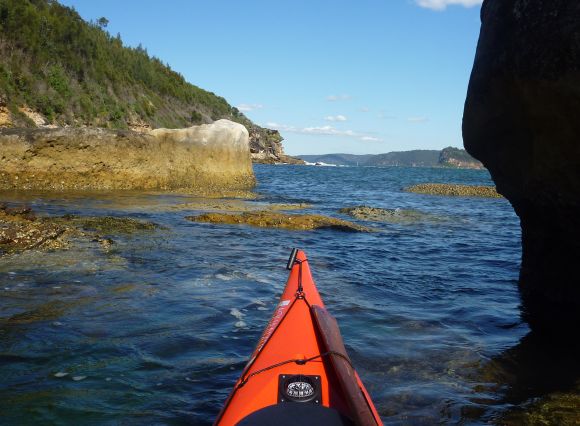 Gentle paddles amongst the rocks. 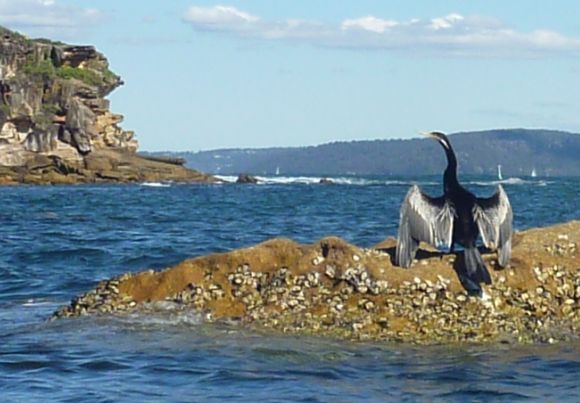 The locals were enjoying the mid-winter sunshine too.

Then a funny thing happened. As I got to the western point, the waters started to change as the swell hammered against the southern facing shoreline. The water I was paddling started to churn and bubble as swell and breakers started to roll in. My serene paddle started to get exciting, as I moved in closer to the breakers and big lumps of the southern swell. 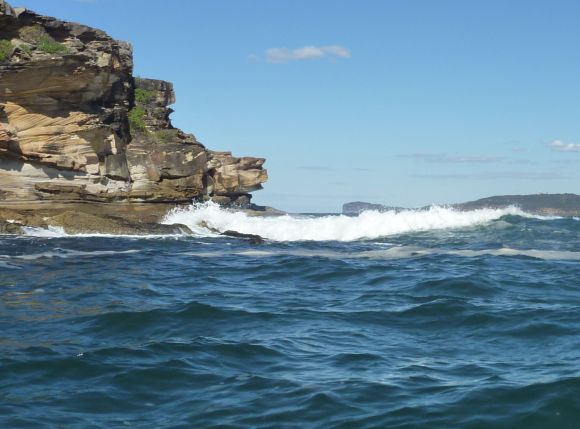 I could feel my grin growing as I bobbed about in the shifting waters, and before I long my gaze started to shift to the surf rolling into Umina beach. I was about a kilometre and a half out from the beach watching the surf roll in from the side, with big swell curling over and breaking over a kilometre out from the beach.  I could see all sorts of interesting turbulence, and before long I paddled across the channel  for a closer look at the churning maelstrom caused by a receding tide hitting incoming swell and all above a nice shallow sandbar!

The lumps were starting to getting a bit bumpy and as I hadn’t mounted my camera on the kayak, I was having to whip it out during calmer moments for a pic. The turbulance was mesmerising me though and I wanted to get close to bump around in it, so after taking a final shot, I put the camera away and paddled into the mess. 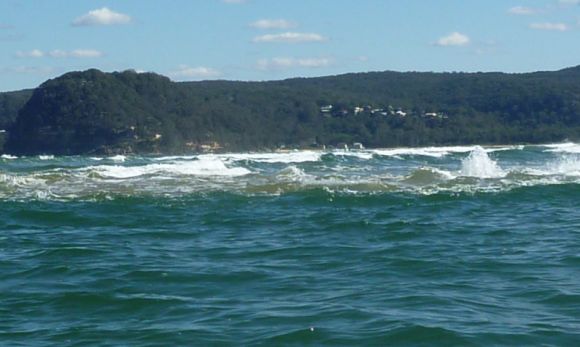 Final shot before paddling into the mess.

And then I was away, bouncing around as waves and outgoing tide surges met in a frothy mess out on the sandbar. Heading in for Ettalong, I paddled amongst the mess, catching the odd run on bigger swell, whilst bracing constantly as the criss-crossing lumps hit from different angles. By now I was yelling and laughing at the incredible fun this had become, barely in control with my kayak being tossed about under the warm winter sunshine.

With all that moving water the ride in was over much quicker than I had anticipated. As I reached the entrance to Ettalong the waters calmed again and I rode a couple of smaller surges back into the beach, still with a smile from ear to ear at the incredible fun I’d just had.

And with that my paddle, and my holiday up the coast, came to an end. I packed up the boat, had a last look at the coastline, and then drove off smiling and content. Cheers – FP

The Fatmobile packed and ready to go. Bye Ettalong!

2 thoughts on “Lumps and Bumps from Ettalong to Umina”