My wife Bec used to paddle in Sydney quite often until a paddling friend told her that Middle Harbour, her usual paddle spot, is a Bull Shark breeding ground. Since then, she has refused to get behind the paddle, with a fairly healthy fear of the ocean critters that inhabit Australia’s waters.

One morning during our family holiday in Avoca, Bec surprised me by asking to take my kayak out for a paddle. I honestly thought she was trying to be funny, before I realised she was serious. So with that, I rushed the family down to Avoca Lake, launched the boat, gave Bec some last minute tips, and pushed her out into the Lake.

Bec in the kayak with a Greenland paddle in hand

I admittedly was a little worried. My boat is designed for big heavy loads, and she is but a little bitty thing. It is also has a moderate V hull which can be tippy for some. And with the unconventional paddle to top it off, I was expecting her to take a little swim. But instead, with rock-steady balance, she paddled out into the lake and easily steered the boat around without so much as an awkward lean.

Once she’d had enough, she then handed the boat to me for a quick burn around the lake. This is an old favourite paddle spot for me, and the place where I did my initial training when I first started paddling, so it is always nice to cruise amongst its trees and birdlife. 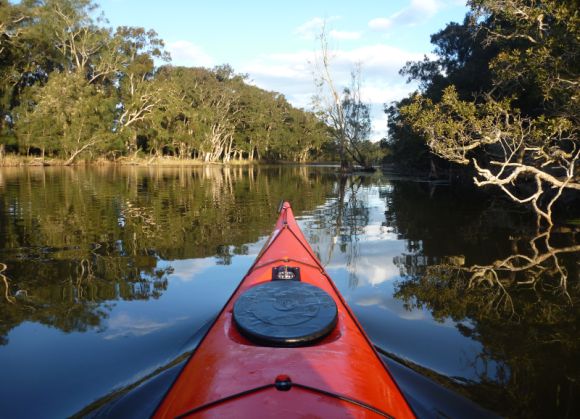 The serenity of Lake Avoca... rudely interrupted by a fat bloke in a boat! 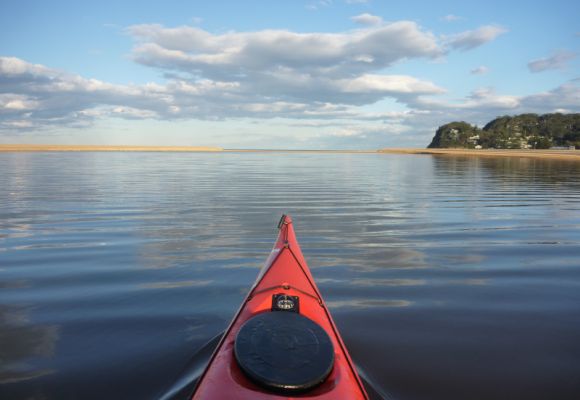 Such a lovely part of the world

When I finally got back to the shore, by wife had just returned from the butcher with a couple of steaks and a few sausages for dinner. I mean, seriously, what an awsome woman?? I’m such a lucky man! Cheers – FP

Mrs FP - like a sparrow on the deck of an aircraft carrier!