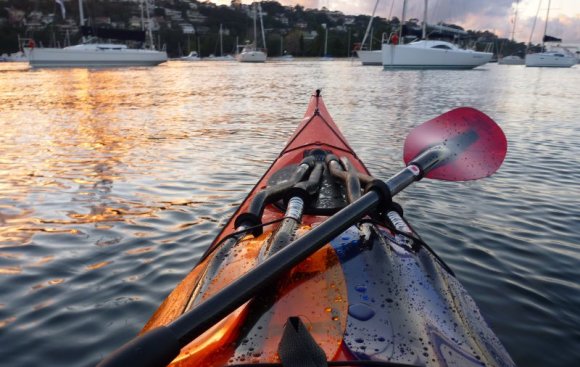 My paddle session for this weekend was based around testing some different gear, but with a clear weather report and calm seas I decided to strike out for Manly. With a deck bristling with H2O Crystal-X Paddles to play with and review, I paddled off into the waters of The Spit at 5.30am heading for Grotto Point. 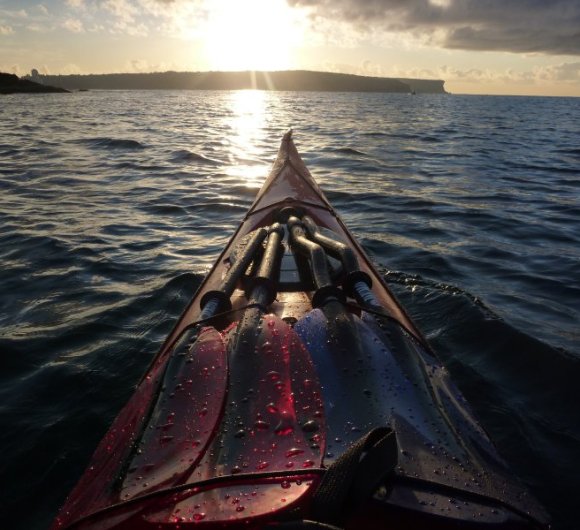 Sun coming up over North Head

The marine forecast was for small seas and 5 knots of wind, so I figured it would be a nice to day to head over to North Head. But as I rounded Grotto Point, the swell breaking at the foot of the cliffs looked so inviting I decided to hug the cliff line instead for some fun in the rebound. 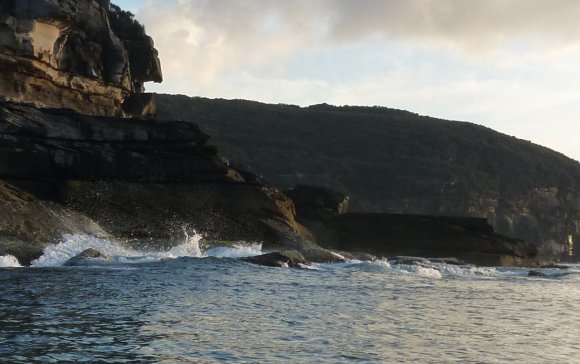 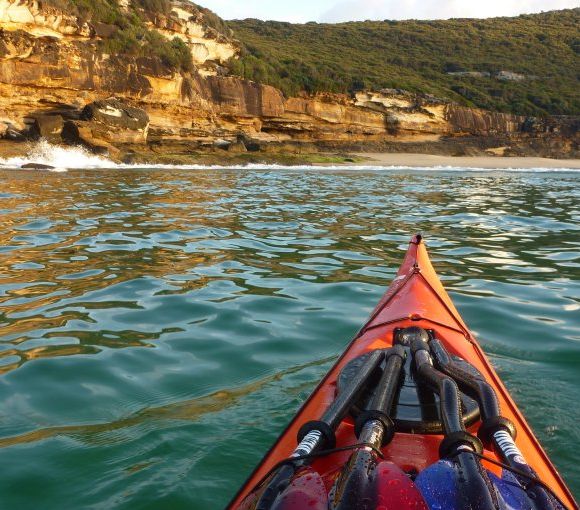 As I pottered about playing with the new paddles along the cliffs I noticed that the Dobroyd Head bombora looked like it was breaking as the southern swell peeled into the harbour, so I made a line to the point to get a closer view of the beautiful tubing waves breaking. 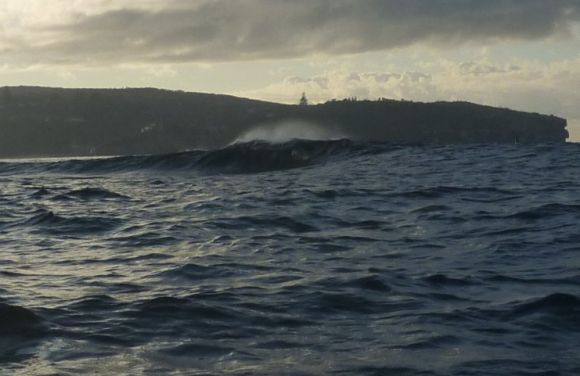 Breaking water some way out from the cliff face 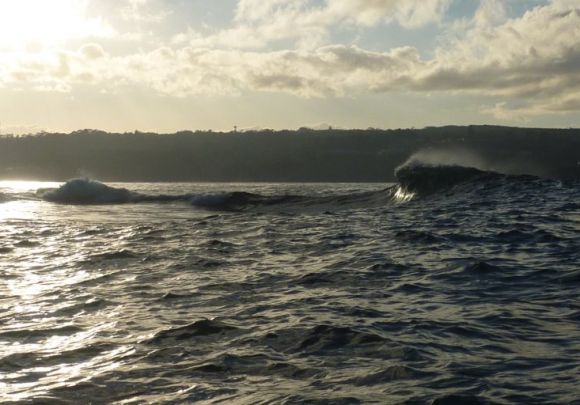 The tide was heading out during this stage and I had to fight the currents from pulling me into the wave section, so after 15 minutes enjoying the show, I turned back to the cliffs to give the paddles a bit more of a workout before heading back. Sydney had turned on another magnificent morning for me, gotta love this city! Cheers – FP 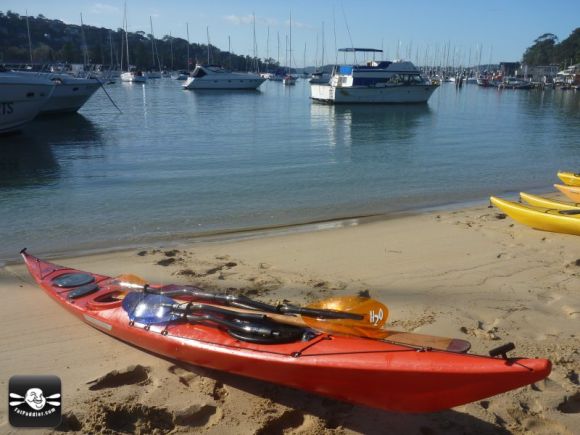 Back to The Spit, with all manner of paddles on board!

3 thoughts on “Exploring the Cliffs of Grotto Point Reserve”