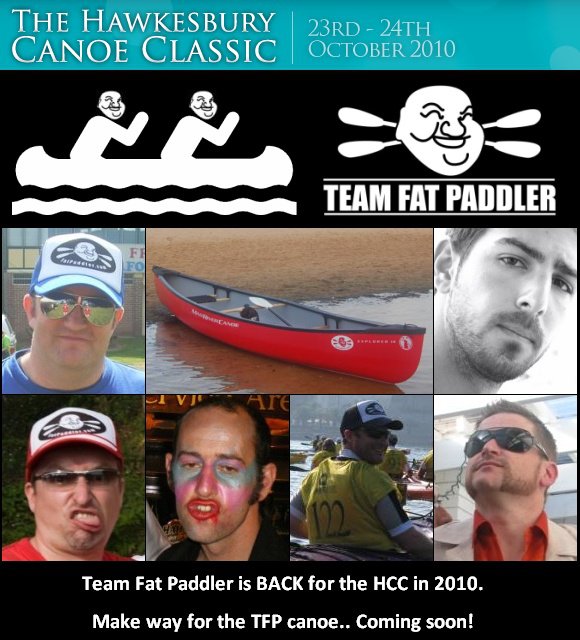 Despite promising I’d never attempt the Hawkesbury Classic again unless in a much faster craft, for some crazy reason I thought I’d try to put the fun back into the event by doing it in a canoe. A short, wide, slow canoe – suitable for a short, wide, slow paddler! The call went out to past members of Team Fat Paddler and two of last year’s HCC team (Grumm and Burnsie) agreed to get back in the car for the trek around NSW. Then with a few new recruits, the team has finally come together.

Gelo – Young, fit, beautiful, and now paddling in the front seat of the canoe. His Blue Steel gaze is designed to mesmerise other paddlers allowing us to paddle past them in a blur of red.

Grumm – Captain of the Landcrew, there is much debate whether his whinging or snoring will be more unbearable on the night. If he gets anywhere near a curry, I fear there may be worse things to worry about!

Burnsie – Ex-Navy Cook, Burnsie returns as Executive Chef to prepare a full buffet of aircraft carrier proportions at each of our pit-stops. I wouldn’t let him near a curry either.

Sacha – New to the Classic but a past TFP member, Sacha was once the most beautiful man in our crew. Officially our Executive Media Producer, but I suspect will be looking to get close to Gelo’s face at some point with a heavy bat.

Nat – New to TFP and won’t be there on the day, Nat is a dark mysterious spin doctor and fixer who works behind the scenes threading a complex web of propaganda wherever he goes. He is perfectly placed as TFP’s Chief Propaganda Officer.

FP – Just some fat fella hoping to cruise in the back of a canoe paddled by some young, fit, beautiful bloke named Gelo.

Of course, the important thing here is the fund raising for the Arrow Bone Marrow Foundation, an incredible organisation that supports research into Leukaemia and related illnesses. This one event each year is its main fund-raiser, so I would ask any reader to here to pull out the credit card and make a donation, no matter how small!

Cheers, and paddles up! – FP 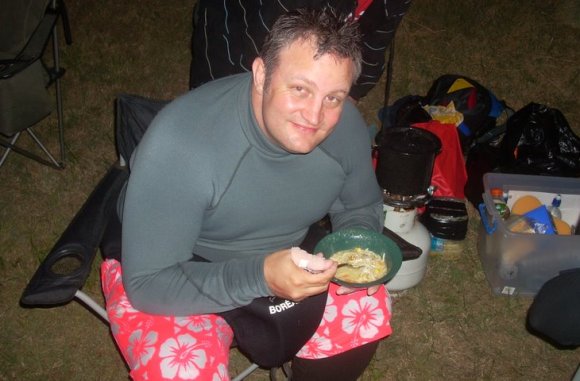