Canoe Training at Dawn on a Misty Middle Harbour 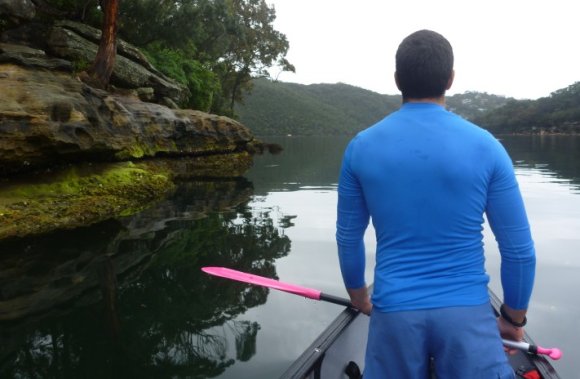 In an effort to step up our training for the 2010 Hawkesbury Canoe Classic, Gelo and I met at 6am for a dawn paddle up Middle Harbour. Having set up the canoe in some light drizzling rain, we pushed off  and turned under the The Spit Bridge across some boat wake heading for the misty Bantry Bay. 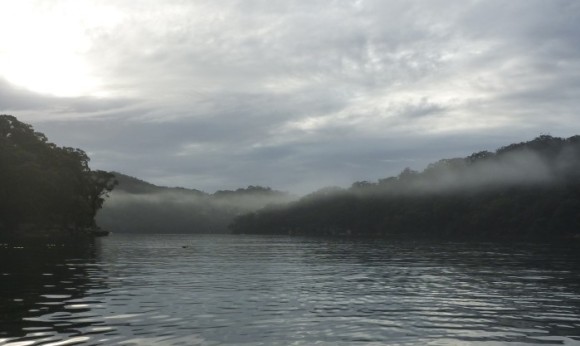 Dawn mists across Middle Harbour. A magical time of the day.

We were still very much testing the canoe and wanted to see what sort of speed we’d be able to maintain over some distance, as well as test the stability in some rougher water. With some nice boat wake hitting us every few minutes we settled into the feel of the canoe in chop, and then as we got more used to each others paddling rhythm we found the canoe moving along at a solid pace, even as we fought the outgoing tide. 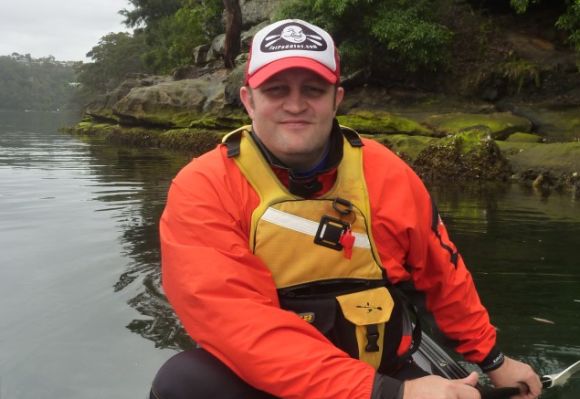 For some reason the canoe sits a lot lower at the back....

When we reached Roseville we paddled almost directly into the path of the Coffee Boat as he commenced his mornings round (a coincidence?? Err, no!).  With a couple of cups of Garry’s finest brew, we took the opportunity to relax and check our time and speed. We were both pleasantly surprised to see we’d managed a little over 5km/hr against the tide, which at worst gave us a 20hr Classic in three weeks time! 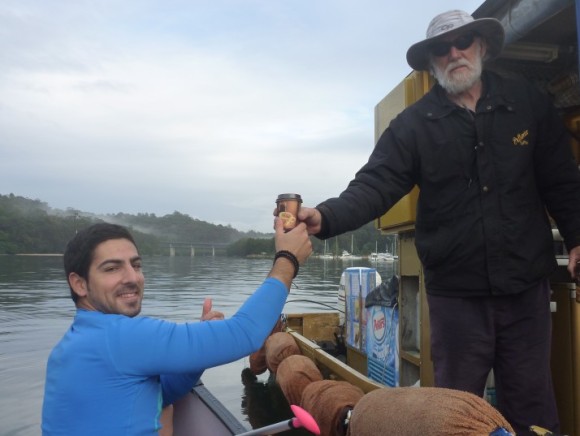 I honestly can't think of a better place to enjoy fresh coffee - thanks Garry!

With hot coffee in our bellies we continued to paddle up past the Roseville bridge before turning around for the run back. We found that running WITH the tide was a far easier proposition, with the canoe flying back down Middle Harbour to Northbridge.  In fact we got down there so fast we decided to deviate a little and explore the foreshore of Sailors Bay to get a few more kilometres of paddling in. 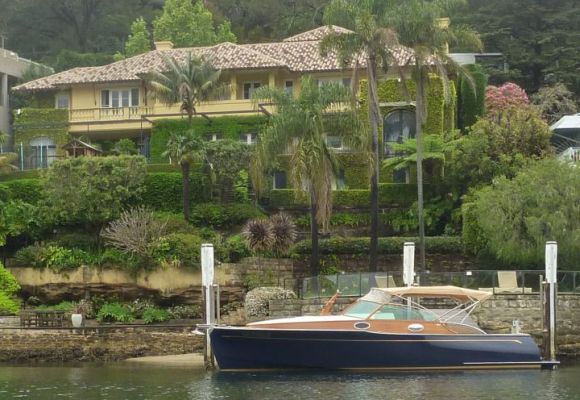 The gritty slums of Northbridge. What a tough place to live!

Without much warning, the clouds darkened and it began to rain. Then it began to rain heavily, as Gelo and I paddled out of the bay and on towards the Spit Bridge. Whooping and hollering, we had a ball as we enjoyed the feel of the rain on our faces as we paddled through it.

As we moved into the open waters of Middle Harbour the winds picked up, whipping the water into a choppy mess, made worse by boat wake from multiple boats making their way to the bridge for its morning opening. Gelo and I bounced around in the chop and waves, digging in deep with our paddles and having a brilliant time in the rough conditions.

Fifteen minutes later the rain stopped and cleared away as we made our final turn into Sydney Harbour Kayaks were we’d started. There I was meeting Wilma, from the Yukon Buddies, who’d dropped me an email during the week about testing my Mad River Explorer canoe, and as we pulled the boat up onto the beach, Wilma and her husband arrived to take the canoe back out.

Meanwhile the boys from SHK were having a good laugh at our crazy idea to attempt the Classic in a canoe, except of course for Canadian paddler Sol, who was more interested in getting into the canoe himself for a bit of fun. As soon as Wilma returned to the beach, he jumped in and started putting the stubby boat through its paces. 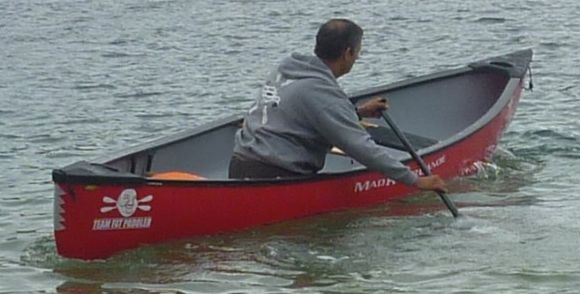 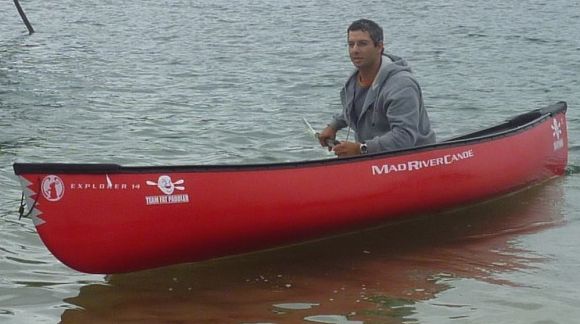 He didn't want to come in, but eventually Sol returned the canoe

With everyone having had a play, we packed the gear up and enjoyed a final coffee with the lads. It’d been a good solid training, with our confidence for the Classic continuing to build. Only three weeks to go! Cheers – FP 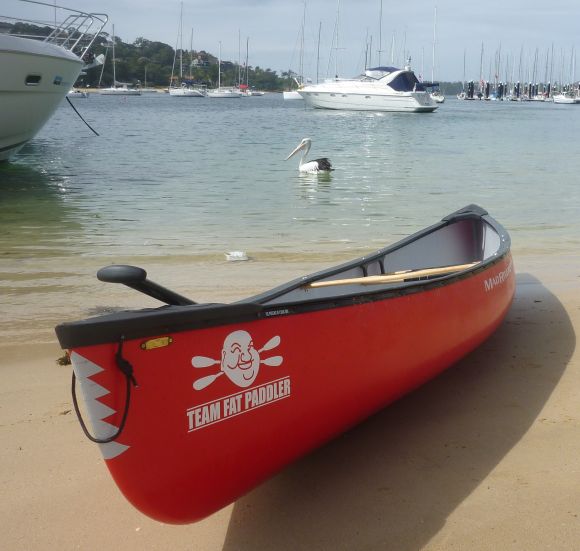 There are far worse ways to spend a morning!