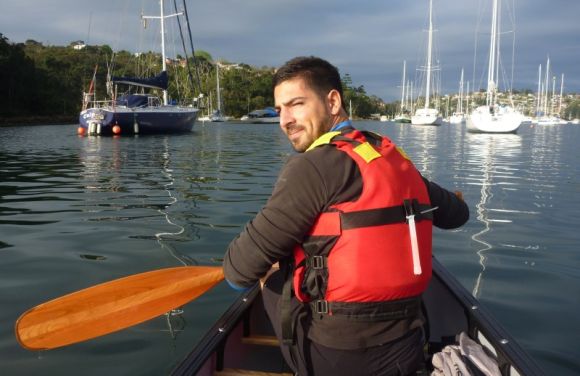 With only two weeks to go until the 111km Hawkesbury Classic, Gelo and I decided we better do a decent distance and get some night paddling practice in. We decided on a circumnavigation of Middle Harbour, leaving from the The Spit after 4pm and paddling as far as East Killara before returning. We estimated that the slow paddle would take us about 6 hours, including breaks. 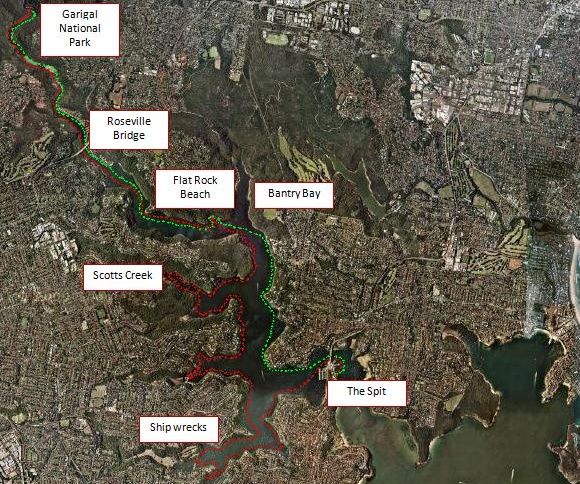 Our route on Middle Harbour. Red on the way north, green on the return journey.

Despite the shark warning given to us from the lads at Sydney Harbour Kayaks as a send-off joke, we pushed off just before 5pm and head out for the various bays of Middle Harbour. It took us a few kilometres before we properly warmed up and before we knew it we’d arrived at Salt Pan Cove where there’s a couple of shipwrecks exposed above the low-tide waterline.

After exploring the shipwrecks we continued north as the sun started to near the horizon. The cloudy sky started to clear just as the sun dipped behind the hills, and we were treated to the delicious smells of BBQ steak coming from moored yachts nearby. The smell was driving me mad but we continued on our adventure as the sun dropped from sight. 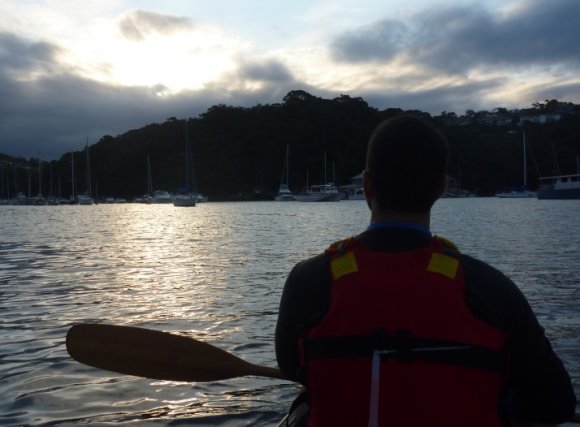 Last light of the day on Middle Harbour. Time to turn the canoe lights on!

With the sun down we’d managed about 13 kilometres and had a fair way yet to paddle. Gelo was getting fidgety in front as nature’s call built up so I decided we’d pull in at Flat Rock Beach so he could powder his nose. Just as we came in on approach, the bow wake suddenly turned an electrified blue-green, and our paddle catch started to explode into bursts of electric light. We paddled into some of the famous phosphorescent algae. 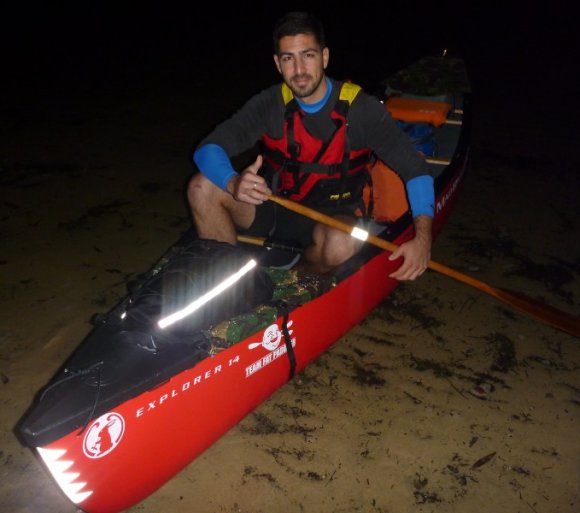 Once on the beach Gelo rushed off for some “quiet time” whilst I tried to re-establish the location of my arse, which had gone numb a few kilometres earlier. When Gelo returned we took a few photos in the boat before having a look at the photos we’d taken so far from the days paddling. Then we turned around to get back in the canoe.. and it was gone!!

Luckily I’d left the stern light on and we could see the canoe floating away on the tide about 20 metres out. Gelo waded out across the shallow water to retrieve the boat before we both cracked up laughing at the absurdity of it. Once we calmed down, we got back in the boat and pushed off heading for the Roseville Bridge. 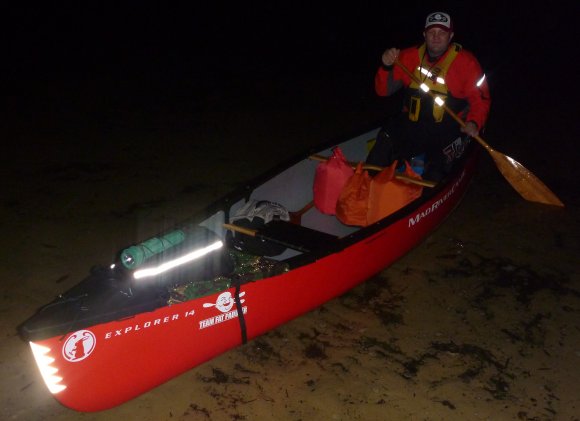 FP gets comfortable for the long paddle to come

The next few kilometres were thick with the phosphorescent algae and we spent more time splashing our paddles in the water to make light explosions than we did actual paddling. Laughing like teenage girls at the disco-like state of the water, we continued to play with the beautiful algae for mile after mile of Middle Harbour.

The watery light show kept us amused as we continued past the Roseville Bridge and up into the Garigal National Park. But as it started to die away, we started to notice a few other things. I for one was now in a ridiculous amount of pain from the seat, and whilst wriggling about trying to get comfortable, was scheming on ways to make it softer and more comfortable for the 111km Classic! Gelo was now starting to feel pretty weary as well, as he took a few moments to stop and lie back in the boat to rest.  Now he was starting to get an idea of how hard the Classic would be.

When we reached the fork in the creek (right stream to Frenchs Forrest, left to East Killara), we decided it was time to head back. So we turned about and raced back down the waterway, stopping again at Flat Rock Beach to brew up some coffee with my trangia. As we waited for the kettle to boil, we chewed a few muesli bars and discussed the difficulties we were facing. This was a great way to prepare for the challenge ahead in a few weeks and let us tweak the equipment in the boat as well as our own paddling positions and technique. 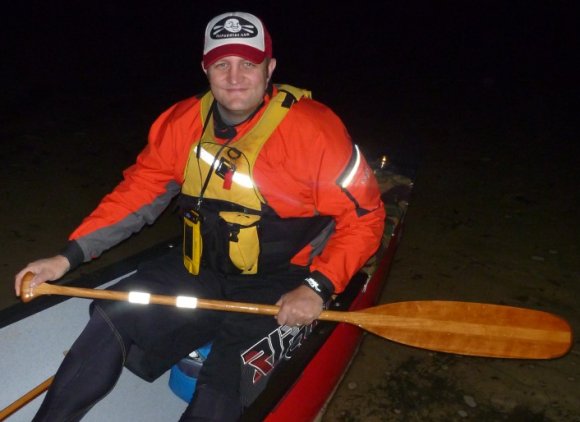 Recharged after coffee, only 5 kms to go!

With the coffee done and the kit packed away, we returned to the canoe refreshed for the final stretch home.  The last stretch seemed much faster and before we knew it we’d pulled into The Spit and happily jumped out of the canoe. We’d done our 30kms and although sore and tired, felt we were just that little bit more prepared for the big paddle in a fortnights time.  Not long to go now!! Cheers – FP