Team Fat Paddler met early at The Spit for a paddle and a sticky at my new whitewater boat, the Liquidlogic Remix FP10. Cmdr Grumm and Lt Nat were keen for some distance training upstream, whilst Lt Burnsie and I were keen for some rougher water, so we split the team in two and went our separate ways.

The conditions were relatively calm as we arrived at Grotto Point and I put the little boat through some rocks in the small swell. The boat is ridiculously easy to turn and I was having a ball as I pushed the boat around and over the rocks, scratching up the boat’s pristine bottom in the process! We then took off for the Grotto Reserve cliffs, playing in the small whitewater as I slowly got a feel for my boat. 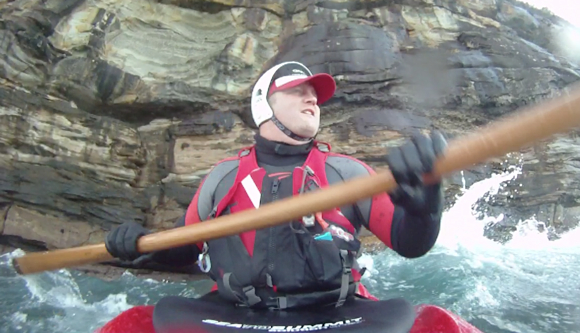 Bouncing around in some rebound and wash

As we neared Dobroyd Point I decided to run my usual gauntlet a few times, but then had a new idea – what if I paddled over it instead? The gauntlet is made of a large angled rock with a steep drop on one side only a metre out from the cliff’s rock ledge, so it was going to be an interesting test. I took off on a surge and, scraping the boat’s bum across the rock, dropped down the ledge on the back edge and submarined the boat on the other side. 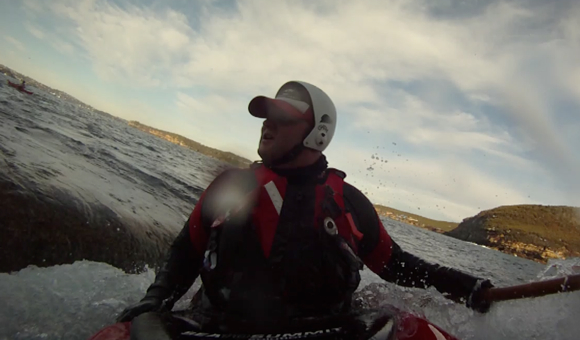 Riding the washover, a little more bumpy than expected and almost lost my paddle! 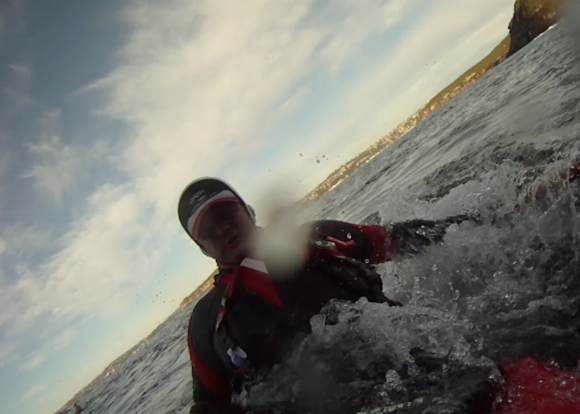 I struggled to recover as another wave rolled in and the boat seemed to be sinking below me, which wasn’t far off the truth since I’d left the rear hatch unlocked earlier and it had popped off, with the back filling with water! I managed to just maintain control enough to get out of the wash and over to Lt Burnsie, who pulled out the pump and drained the back hatch before securing it properly.

As we finished up, we witnessed one of those amazing events that make paddling so wonderful when we were joined by a pod of dolphins, frolicking around our kayaks and slowly cruising about us. I watched in awe as they surrounded Lt Burnsie and slowly rolled on the surface, and amongst the blowing spray I could just make out a baby dolphin amongst them. They stayed for half an hour, playing around us as we bobbed around, feeling incredibly lucky that they had let us witness their playtime. 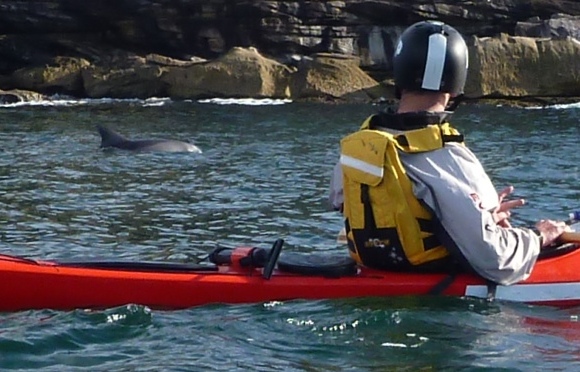 Lt Burnsie watching the dolphins nearby 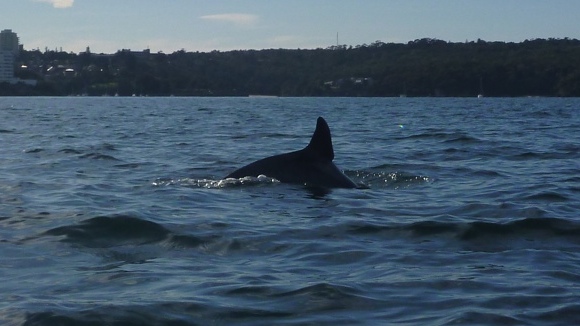 Hello Mr Dolphin. Thanks for playing with us! 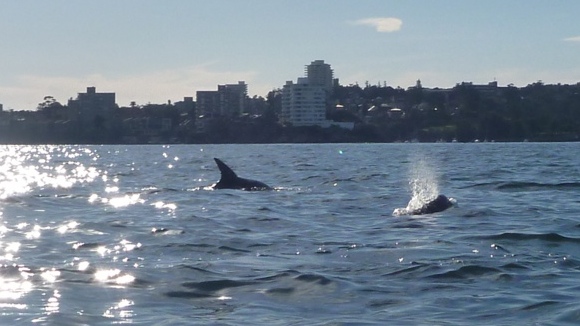 Frolicking in the early morning sunshine

When the dolphins finally departed, we decided to track over to North Head and paddle the length of her impressive southern cliffs. Lt Burnsie was having a ball in the lumps and the cliff line looked stunning as we cruised past. Then finally we passed her south eastern corner and paddled a little ways out to sea. 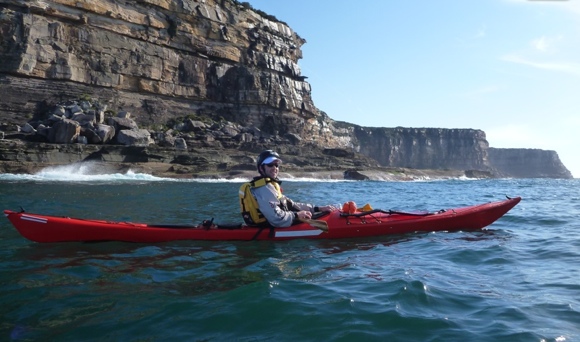 Lt Burnsie outside the North Head cliffs, with Manly off in the distance somewhere

Once out there, Burnsie celebrated as only he can – he pulled out a cigarette for a quick smoke. The ridiculousness of it made it even funnier as he bobbed about enjoying his smoko break, to the muffled laughter coming from me! 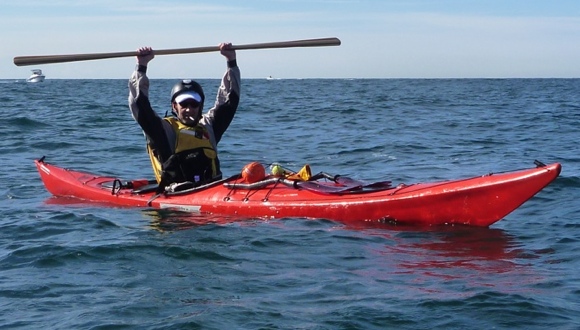 Lt. Burnsie celebrating being at sea his way! Took him back to his navy days apparently

Time was running out by this stage so we begrudgingly turned for the return journey home. I was still astounded at how well my Remix handled lumps and feeling even more in love with the little boat as I tagged along behind the somewhat faster Burnsie. I’d had her in some lumps, some swell, a little surf, ferry chop and rebound and she handled all really well – provided her back hatch was secured – haha! 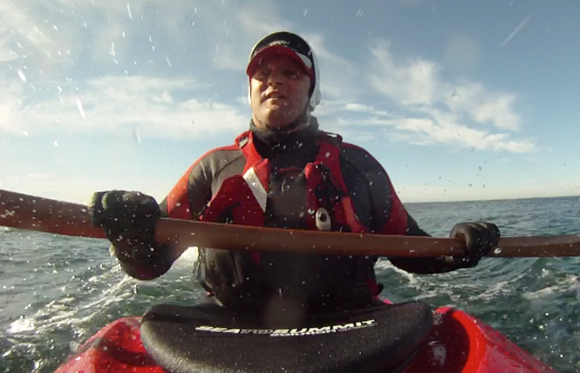 Loving my Liquidlogic Remix XP10 - why did I wait so long to try a whitewater boat? 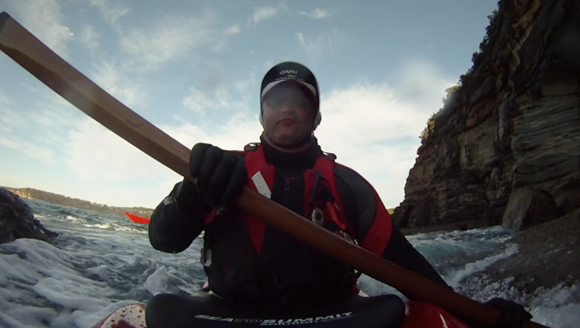 Running through some more rocks 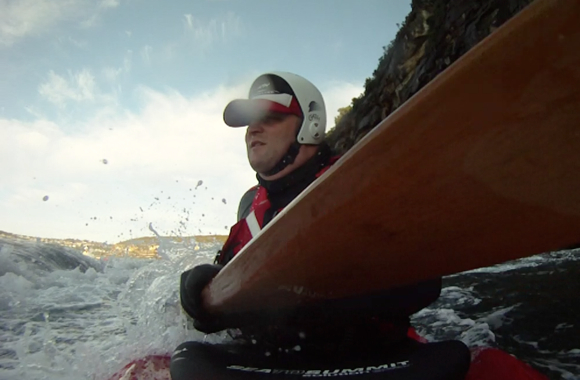 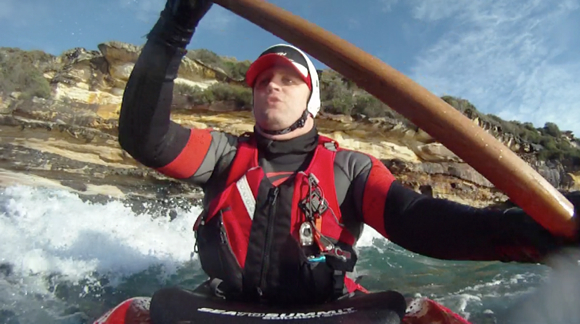 Did I mention how much I love this boat??

When we finally returned to the Spit (and to Gumm and Nat) we had our usual egg & bacon roll breakfast whilst we swapped stories of the morning’s paddle. Somehow, between the dolphins and the visit to North Head, I think ours was probably better – ha! Needless to say, can’t wait to get the Remix out again today – cheers, FP. 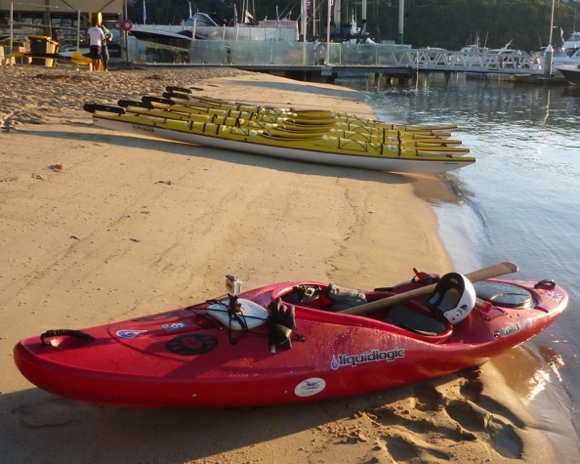 Back on the beach - the Remix stands out against all the the long thin sea kayaks - a bit like me!

By the way, I bought my Remix from the good folks at Capacity Sports in Melbourne, who also stock H2O Crystal-X paddles. Go and check them out and tell them Fat Paddler says hi.

10 thoughts on “Playing with Dolphins in the Liquidlogic Remix XP10”