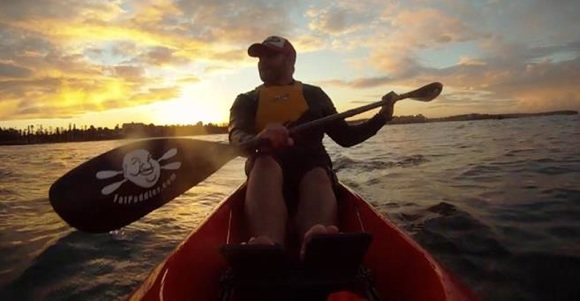 A gorgeous Sunday sunset over Manly Beach, Australia – there are worse places to paddle

One the reasons I love my Stellar SR surfski is that it makes surfing so accessible to even us average paddlers. The SR catches waves so easily, and then its incredible secondary stability helps keep paddlers in the boat once on a wave. It’s a brilliant surf boat.

My French mate Freddie had only paddled a couple of times previously (other than some white water in his youth). He’d taken a hire surfski out a few times from Sydney Harbour Kayaks but never on anything other than flat water. When I suggested we head down to Manly Beach for a surf, he was nervous but willing to give it a try, so with both my red SR and my wife’s white SR strapped to the roof, I made the journey late on a Sunday afternoon. 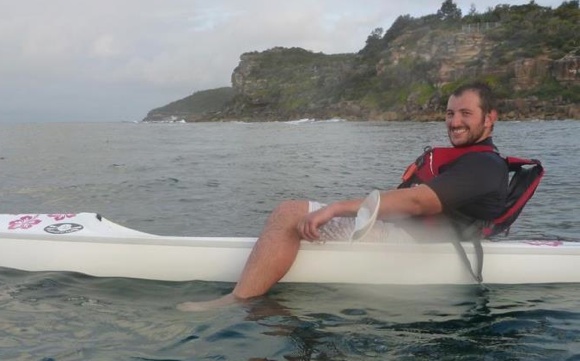 Fortunately for Freddie the day was pretty flat, with only a 1-2 foot swell rolling into Manly. We paddled out to the rocky point off Shelley Beach where some slightly bigger sets were rolling in and creating interesting left and right hand breaks across the rocky boulders underneath. There, after a few swims, Freddie slowly pieced together the skills needed to first catch, and then stay on, the waves. 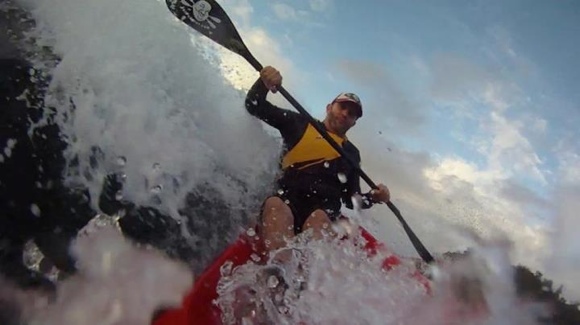 There’s something exhilirating about rushing down the face of a wave surrounded by foam!

For the next two hours we caught wave after wave. Mostly small 1-2 footers (perfect for a beginner surfing surfski paddler!), but a few bigger 3-4 foot sets would occasionally crash into the point to make the rides somewhat more exciting. 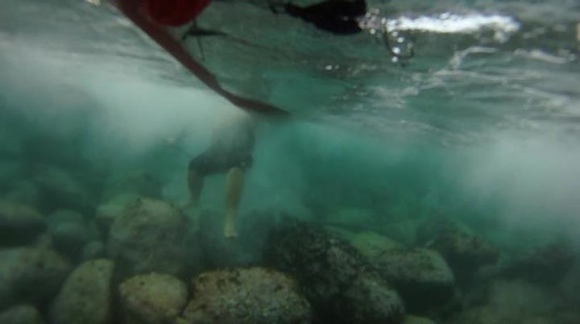 Plenty of rocks underneath. Might have to think about wearing a helmet out here!

We surfed the break until the sun set on the horizon, just as the sets died away to almost nothing. Then with huge grins on our faces, we paddled back under the purple and orange hues of the dying light. Just another day in paradise, and another incredibly fun experience on my Stellar SR surfski. Until next time… cheers, FP.