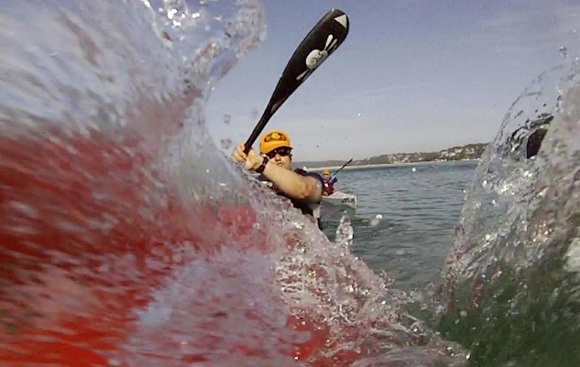 Surfing in a surfski is a heap of fun, but can be less fun in a sea kayak if you come out

The idea was simple – with a 111km ultra-marathon paddle just a week away, a slow, easy tapering paddle session was in order. So Team Fat Paddler decided to the hit The Bay down south for a few gentle waves and a bit of a laugh. It all sounded like a fun, relaxing way to ease off the training intensity… well, that was the idea anyway. 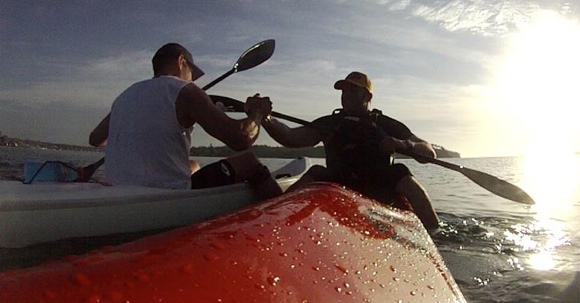 When we got out to the Bay the waves were small and we had a heap of old mates on skis or SUPs having some fun. But the paddle was anything but easy, as the smaller waves required fast bursts of sprints to not only catch them but to stay on them half the time! Then to top it off, our team mate in a sea kayak caught a wave sideways and got knocked out his boat and needed an assisted rescue.

Now I’ve done many assisted rescues in a kayak, but never in a tippy surfski, and I had no idea if it would work or not. The video below catches the attempt – let me know how you think I went! Cheers, FP

5 thoughts on “Surfski assisted rescue on a capsized sea kayak”