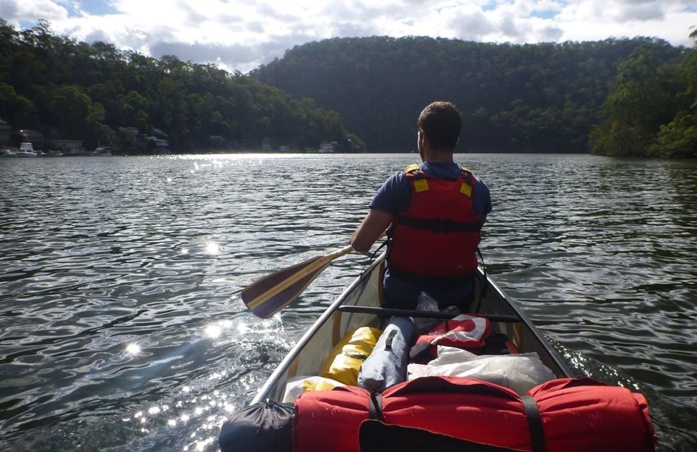 A recent Facebook post by our adventurer mates Cas and Jonesy captured my attention a few weeks back. The post was about “micro adventures“, where you take off after work midweek & set-out for the wilderness where you spend the night, before arriving back at your desk the next morning looking dishevelled, but feeling very much alive. 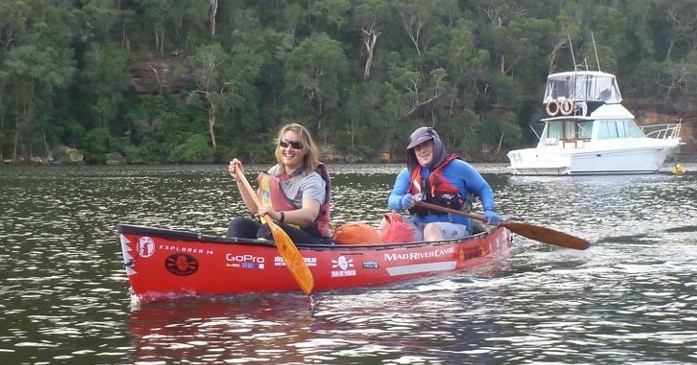 The thought of getting away for a paddling camping trip was attractive but difficult to coordinate, with so many of us in Team Fat Paddler having young families that need attention on the weekend. The concept of the mid-week micro adventure seemed an interesting alternative, and with the imminent departure of team pretty boy Gelo to the sand-filled lands of the Middle East, we had the perfect excuse to organise one. Commando Camp II was on, almost two full years since our original camping adventure. 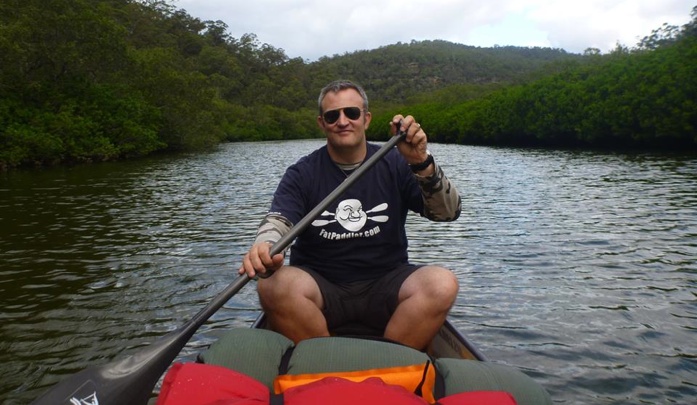 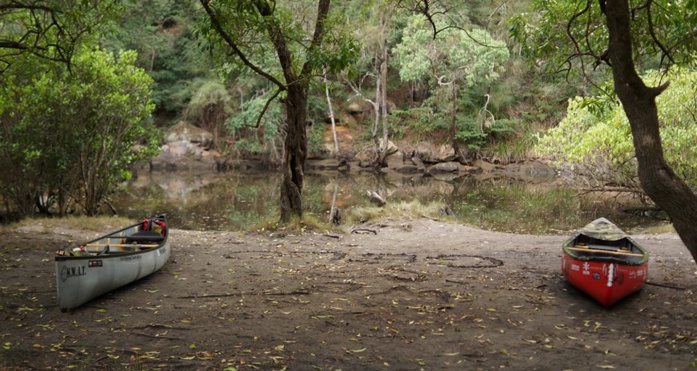 The advance party set-off with two canoes loaded to the hilt with gear. It was funny to think so much was required for a single night out, but considering that the crew were taking in everything including firewood, they were thankful for the big load capacity of the big open canoes. 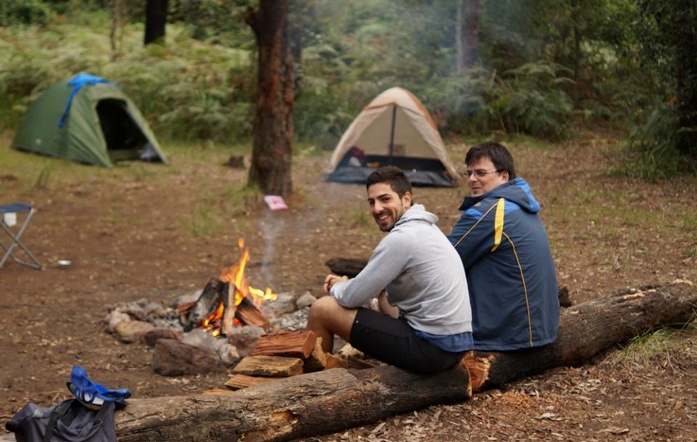 Gelo and FP head out in the Wenonah Minnesota II, loaded up to a suitably stable cruising weight, and set-off. Complete canoe newbies the Ninja and Tan pushed off together in the Mad River Explorer 14 and despite spending much of their time zig zagging across the waterway, also (and very slowly) made their way down the river. 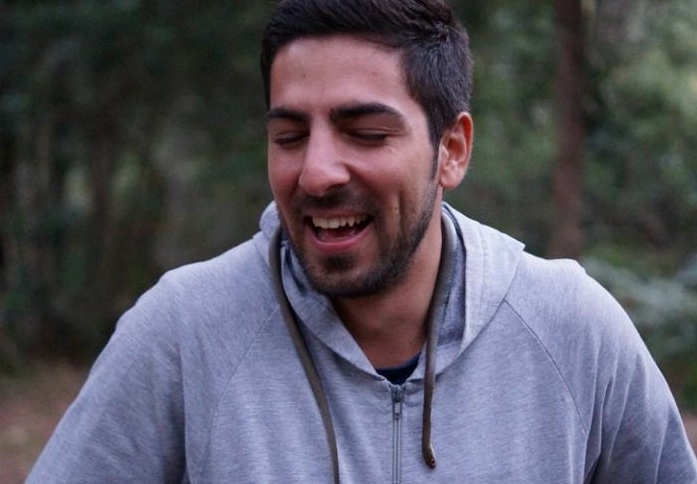 When we arrived at the first of our campsite possibles we were stoked at just how good it was. A natural landing and parking zone for paddle craft lead to a clearing surrounded by tall trees with a pre-loved fire-pit in its centre – this was a brilliant campsite tucked away in a quiet valley far from the eyes and ears of anyone one else. The only real issue was the fact that at night the after-work crew would have to thread themselves through a maze of meandering mangroves in the dark, a journey that would be near impossible. 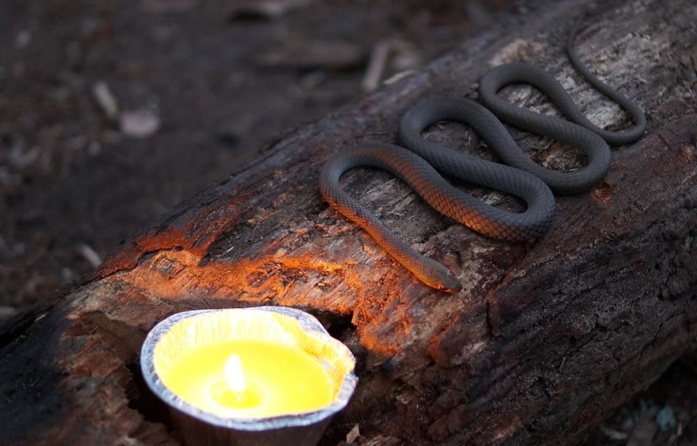 A quick trip back along the route in allowed us to mark out line-of-site cyalume markers so that the crew could find us, then we paddled back to the campsite where it was time to pitch tents and get onto dinner, a shared effort of hot mexican chilli, fresh toasted tortillas and a hot roasted chilli salsa that I’d made the night before. All washed down of course with a quiet beverage or two.

Much of the entertainment to follow revolved around our discovery of a small (dead) snake in camp that had been the victim of a brutal Kookaburra attack earlier. Knowing how much Gelo was scared of our Aussie snakes we made sure that throughout the night we placed the snake (which we named Chris) in various spots where Gelo would stumble onto it…. a running joke that honestly did not get old at all!! 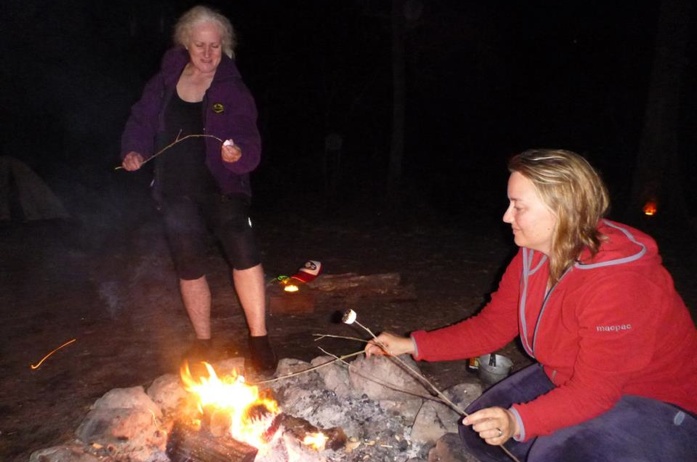 Later in the night we were joined by Meg and Andrew who paddled in after dark. Then together we shared toasted marshmallows, hot cups of spiced mead and stories of paddling victories around the campsite, as the realisation that our dear friend Gelo would shortly be leaving Australian shores once again. 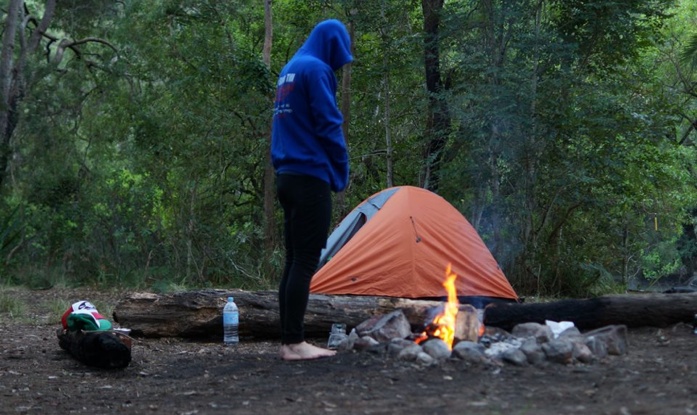 We slept under the stars before awaking surrounded by cold, low fog that had swept down into the valley. A shared breakfast with friends followed by a relaxing paddle out (ok, and some dragging of boats through mudflats at low tide!) ended our little micro-adventure, as each of us made our own way back home or to work. 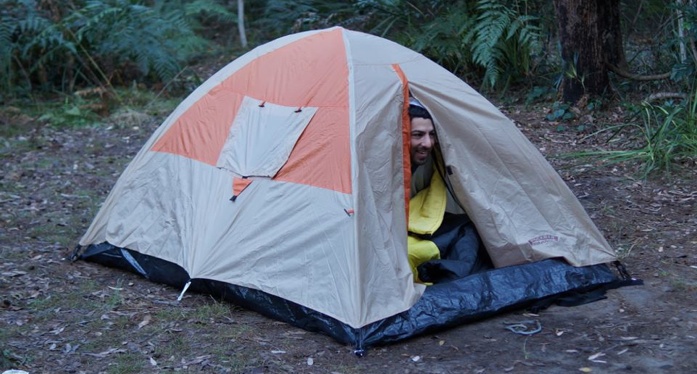 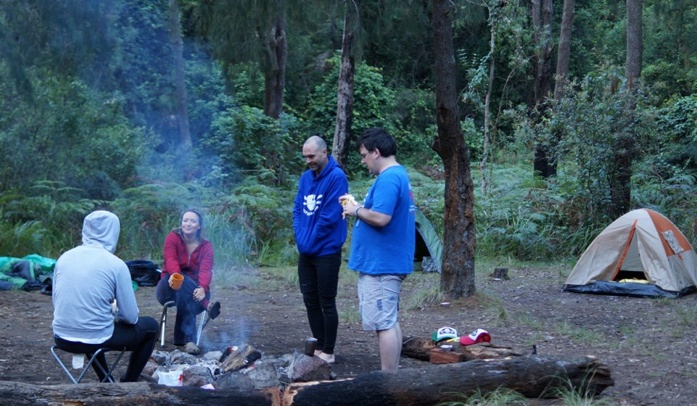 A micro-adventure is a brilliant idea that helps to get back to nature and re-charge. It doesn’t need much in the way of logistics and removes the barriers to getting outside. In this instance it also gave us a fun way to farewell our mate as he again head off for foreign shores. All the very best Gelo, we’ll see you again soon I’m sure. Cheers, FP 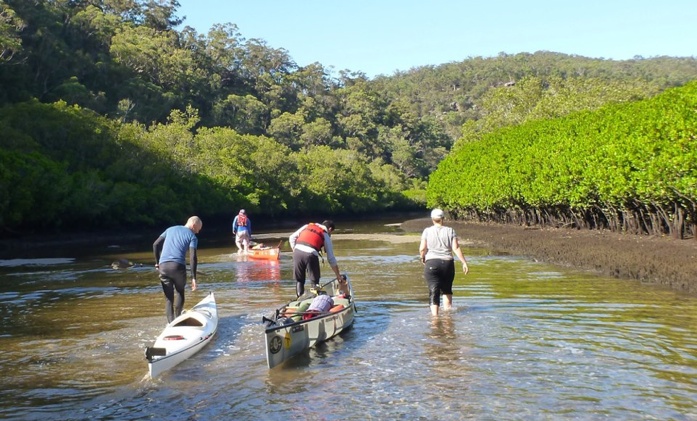 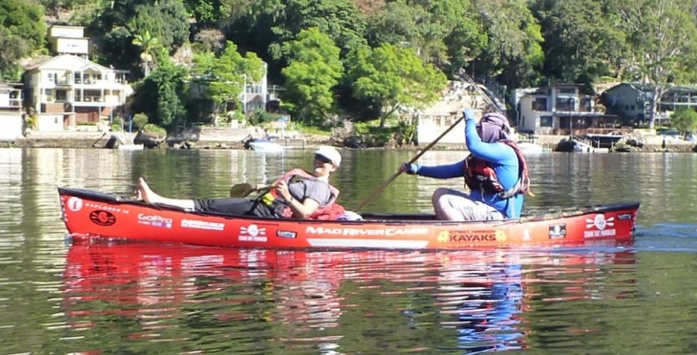