As I was gearing up for an early morning paddle on Sydney Harbour, a passing paddle-colleague stopped to say gday and let me know he was about to take part in the Balmoral Blast paddle time-trial at Balmoral Beach. So rather than head off up Middle Harbour to Roseville as planned, I thought I’d tag along for some photos and see how fast the Balmoral Blast would get with these macho lads and lasses on their sleek ocean racing skis.

My mate Olli on his banana, oops I mean ocean ski, at the start of his time trial at the Balmoral Blast - Balmoral Beach, Sydney Australia

After seeing my mate Olli power past I thought I’d try and tag along with the race, in the hopes of getting a good pic on his return leg. In fact I didn’t manage to get him on the return leg at all (embarrassed to say I “misplaced” the camera – how you do that in a kayak I still don’t quite understand!). But here are a few pics I did manage to capture along the way. 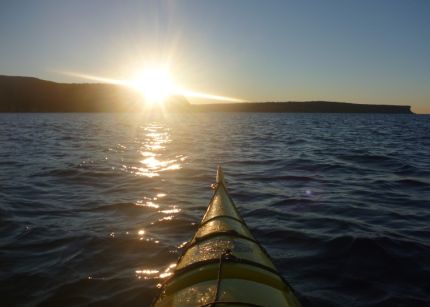 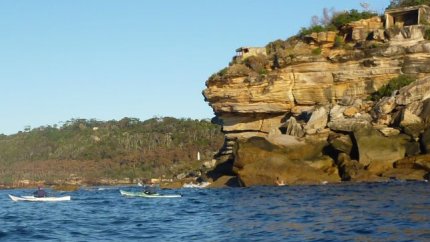 Paddlers crossing past the ocean side of Middle Head - Sydney Harbour 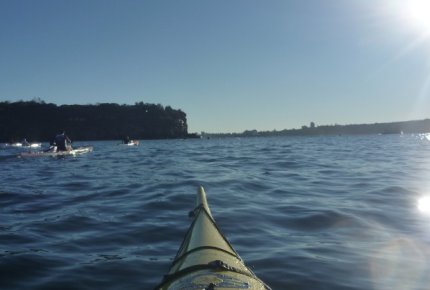 Fat Paddler trying to keep up with the racers - Middle Head, Sydney

Needless to say it is an amazing backdrop for a race and I can see why Olli loves it so much. Anyway, I did catch up with Olli again after his time trial, and even managed to find the camera again, so we had a quick photo session before heading into Balmoral Beach for a “Paddlers Breakfast” of coffee and egg & bacon rolls. A perfect end to a perfect morning’s paddle! 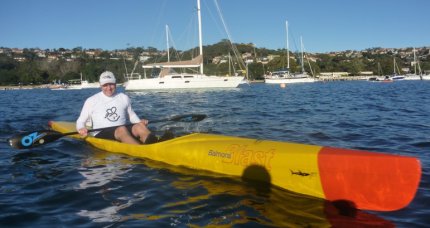 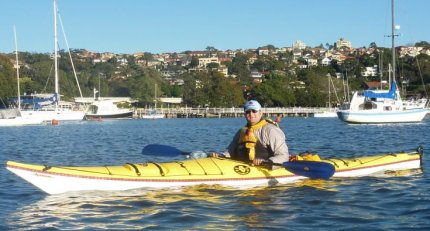 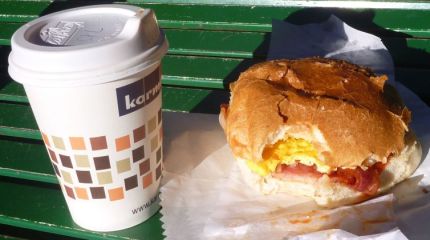 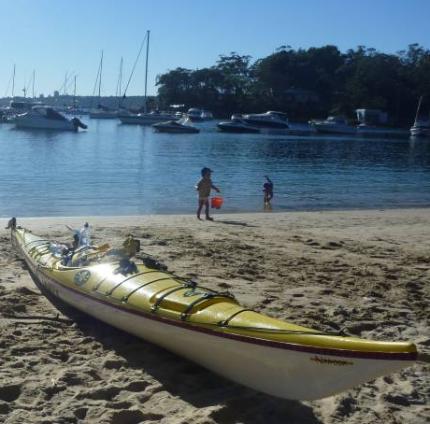 A last look at Balmoral Beach before the return leg home...

One thought on “Balmoral Blast, or Egg and Bacon?”