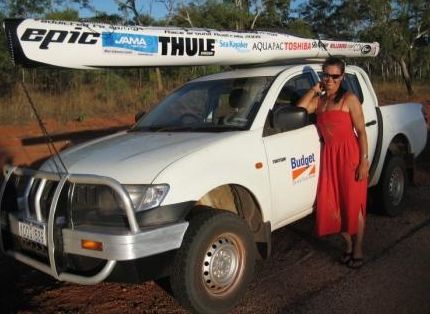 There are too few people in the world whose actions are truly inspiring, and when I think about kayaking there is one name that instantly springs to mind – Freya Hoffmeister. I’ve been following Freya’s blog now for several months, as she takes on a “little” adventure that involves kayaking around Australia!

If you’ve never heard of Freya, her background goes something like this; competitive gymnast, competitive body-builder, record-holding skydiver, champion greenland-style paddler and the circumnavigation of both Iceland and the south island of New Zealand amongst other things. She is also a business owner and a mother, and as I mentioned before, is on a year-long adventure kayaking around Australia. 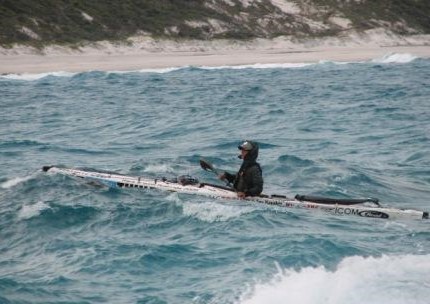 Australia is an enormous land-mass and with a myriad of dangers. Ocean storms, Antarctic winds, huge sharks, salt-water crocodiles  and hundreds of kms of cliffs are just a few of the obstacles for paddlers. Its circumnavigation by kayak has only happened once before, and anyone taking on such a gargantuan task must, quite frankly, have cojones as big as footballs!

Freya is now somewhere on the southern side of Western Australia, about to take on the Southern Ocean and some of the toughest coastline Australia has to offer. She posts blog entries and photos regularly so I highly recommend you visit her site and keep track of this remarkable journey.  And if you enjoy following her antics, throw a few dollars her way to keep her in supplies for the rest of her journey. 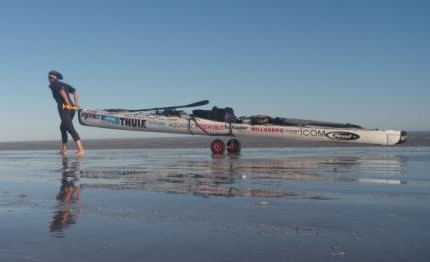 Best wishes for the rest of your trip Freya, and thanks for being such an inspiration to us mere mortals. The Fat Paddler salutes you! 🙂