Anne Marie in front of big-boys' toys at The Spit

A visiting work colleague from our Chicago office, Anne Marie has been a fan of FatPaddler.com for quite some time. It only made sense then that I should take her out to see Sydney Harbour from a kayak, even though she’d never been kayaking before.

We kitted her up with a BD Epsilon P100 from Sydney Harbour Kayaks and set off up into Middle Harbour, stopping occassionally to discuss paddle technique and how to make her go a little faster and more efficiently.  After a short while however she was up to speed and motoring along quite nicely. 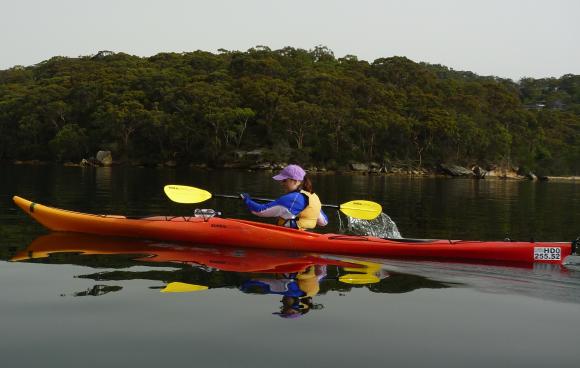 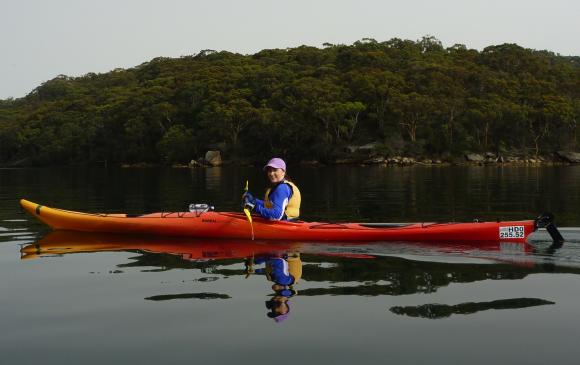 Oi!! Watch where you're going!

Once underway I had to make a quick decision on where to go, but that decision was made easier as the “World-Famous” coffee boat appeared on the horizon and chugged its way into Sugar Loaf Bay. Now I’d already determined Anne Marie was a coffee lover, and knowing just how crap American-made coffee is I knew we’d have to chase Garry the coffee-man down for a relaxing cuppa on the Harbour. 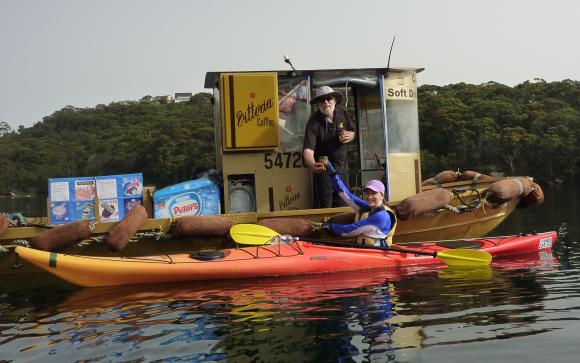 Garry passing a cup of black-gold to Anne Marie 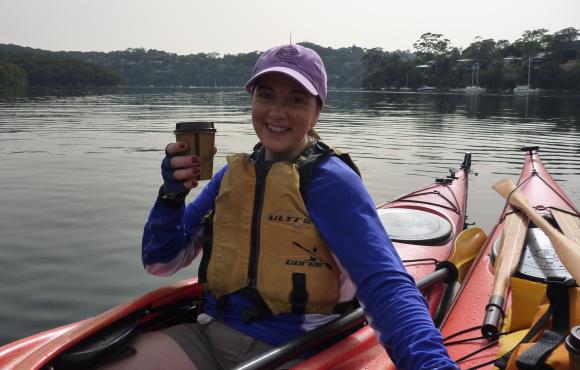 It doesn't get much better than this!

After enjoying a few minutes of post-coffee bliss I realised our time was almost up and it was time to get Anne Marie back to The Spit, so we commenced the return leg home through the building boat-traffic. 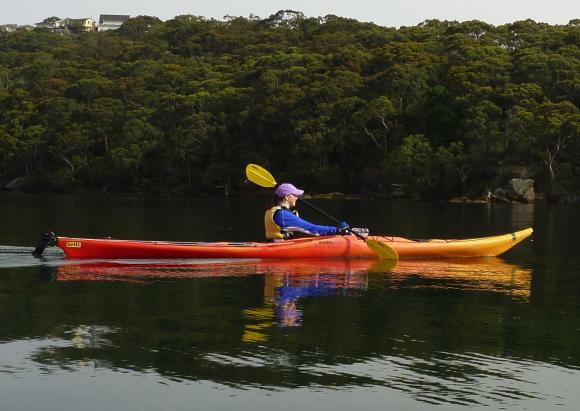 Look at that catch! Paddling style got much better as the morning progressed.

For visitors to Sydney, it can be all to easy to stick to the standard sights, so it was good to get Anne Marie out on the water to experience the real Sydney as we paddlers know it. When she returns to the cold snows of Chicago next week, she’ll remember this cracking morning on our beautiful Harbour much more than her quick look at the Harbour Bridge.

Hope you enjoyed yourself Anne Marie, perhaps we’ll show you another part of the Harbour next time to make it to Sydney.  Cheers – FP 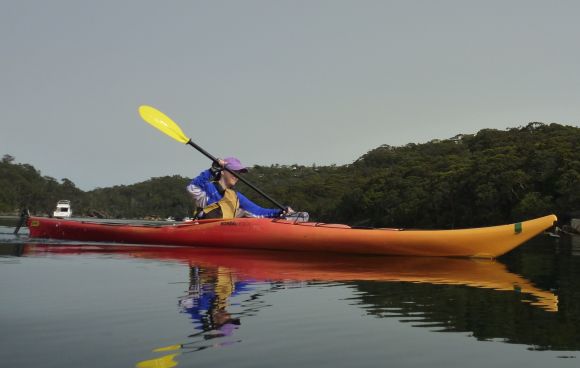 Get out on the water people, life's too short to miss out!