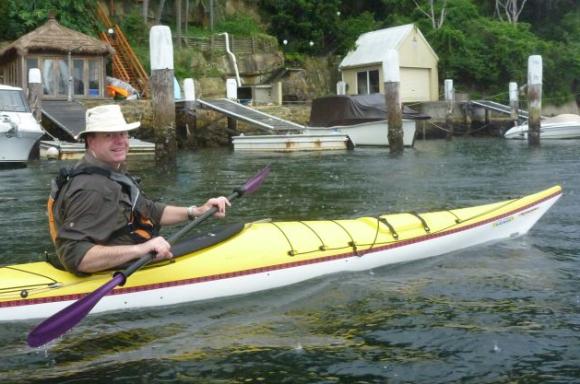 Guy enjoying the very British weather he brought with him

I love the fact that as a paddler, all it takes to get a decent paddle in anywhere in the world is to simply jump online and ask someone. Which is exactly what British paddler Guy Smith did whilst visiting Sydney on a business trip.

Of course, had I known that the day we’d organised to paddle was going to be the same day a Tsunami warning closed down Australia’s entire East Coast, I might have reconsidered. But as it was the Tsunami was a bit of a non-event and the only down side was the fact that Guy had brought the grey wet weather of Blighty with him! 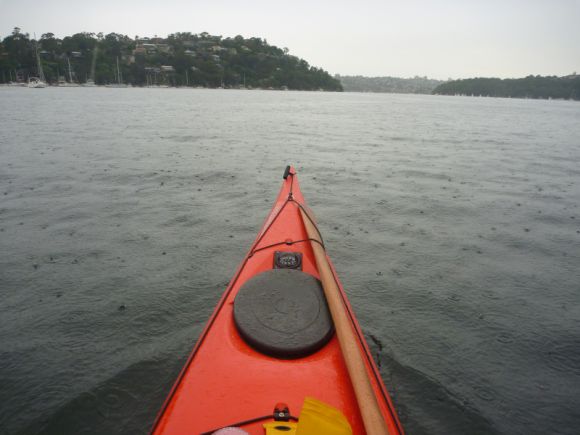 Of course rain hardly matters when you’re paddling and it was still a hot and humid 34 degrees, so we meandered up Middle Harbour comparing notes on paddling and life in general as the rain gentle fell about us. 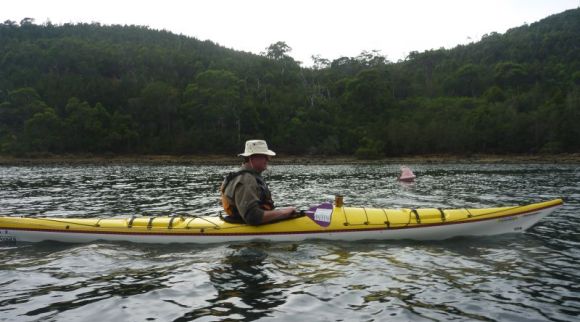 Cruising up in Bantry Bay - with coffee!

As luck would have it, Garry arrived in his coffee boat so we rafted up in the rain and enjoyed a relaxing cuppa amongst the misty green hills before starting the gentle paddle back into ever increasing rain as an electric storm broke over Sydney. This just added to the afternoon, with crashing thunder and flashes of lightning over the hills to the north of the Harbour adding a  little atmosphere to our jokes and laughter as we paddled through the driving rain. Still smiling despite the building storm

When we finally got back to Sydney Harbour Kayaks at The Spit, Guy took the opportunity for a quick try out in my Valley Aquanaut, enjoying being back in a skeg boat and the feel of edging and control. But as the rain got really heavy, we decided to call it a day and after packing up our gear, I drove Guy back to his hotel in the city. 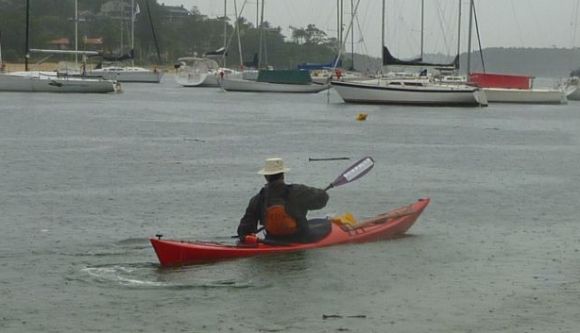 Playing in the Valley Aquanaut (Part I) 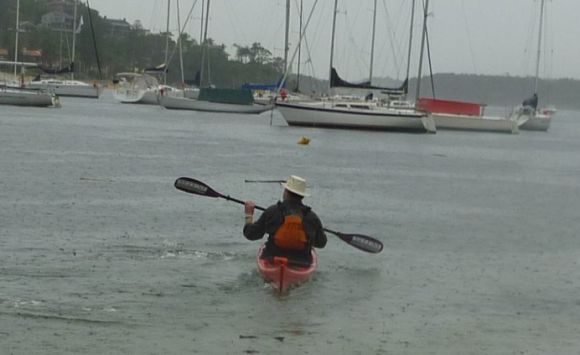 Finally, I handed Guy a goodie bag with a few Fat Paddler bits and pieces, and in true marine-tradition Guy gifted me a serious bottle of rum care of the kind people at Duty Free! 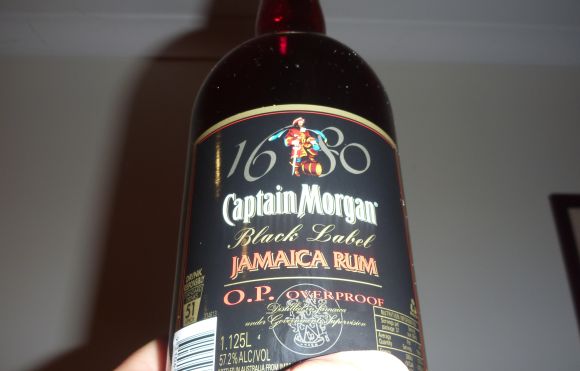 Yo ho ho, and a bottle of rum!

As I said at the beginning, you gotta love the global friendships that paddling enables. Thanks for a fun afternoon Guy and I hope you enjoy the rest of your trip Down Under. Cheers – FP

P.s. Guy, as promised I didn’t ONCE mention how twice I caught you with your paddle upside down!  Muhahaha!