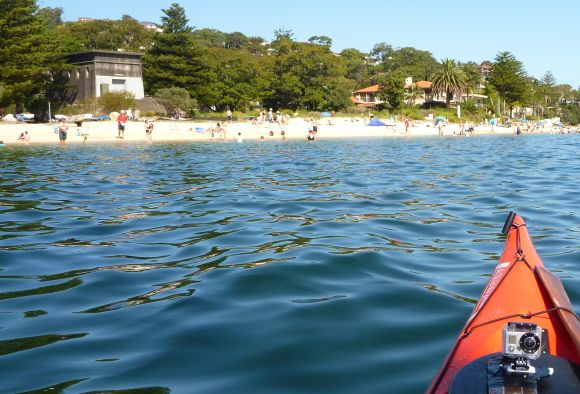 I usually paddle at the crack of dawn, but this weekend was a little different since my wife had spent the weekend in the flood zones of Brisbane helping family friends clean up, whilst I stayed in Sydney with the kids. When she did finally arrive home, she gave me the all-clear to head off for a late afternoon paddle on a scorching hot mid-summers day.

With temperatures over 30C and a hot burning sun to content with, I made sure I was well covered up with a rashie and a hat. Then I set off from the The Spit passing Clontarf Beach heading towards Manly and the cliffs of Grotto Point Reserve.

Grotto Reserve Cliffs - a fun playground for the intermediate paddler

The swell coming in off the Tasman was a very cruisey 1-1.5 metres and was causing me little bother as I paddled over to the cliff faces. Once there the rebound off the cliffs offered some easy but fun bubbly lumps to bob around in, throwing up spray and keeping me cool. I mucked around in it for a little while before paddling past the point towards Manly and back again.

On the way back I noticed a brown lump in the water bobbing around in the waves. On closer inspection it looked like a bloody big puffer fish, well inflated and bobbing around on the surface. I paddled up for a closer look, saw that it was still swimming, and then slowly went on my way leaving him to his little patch of water. 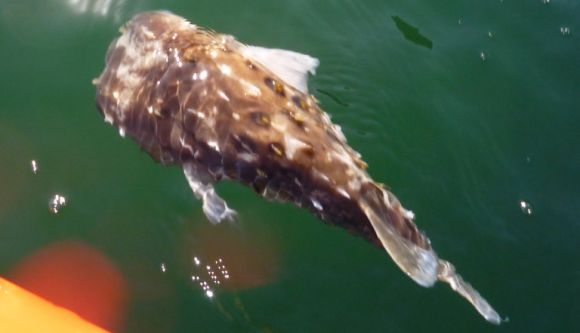 Hello Mr Puffy! Enjoying a swim under the hot sun too I see!

I paddled back into the cliff area amongst the sparkling water bouncing off the cliff ledges. With the sun reflecting off the wind chop and rebound the water looked absolutely mesmerising, and there wasn’t a single other paddler about. I dashed in and out of the cliffs, laughing at the fun of it all, and thankful that I’d got this stunning afternoon paddle spot all to myself. 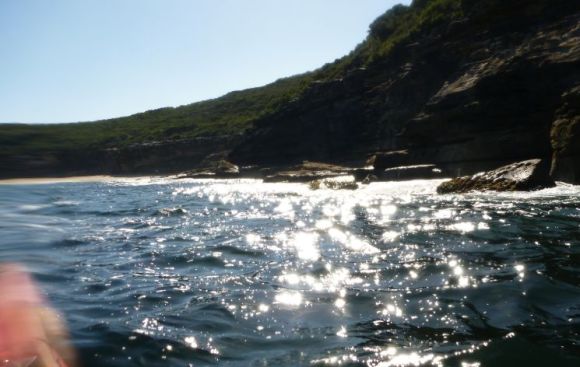 Sunshine and rocky cliffs. Much fun!

Eventually I made my way back to Grotto Point and into Middle Harbour, where classic scenes of Australia were everywhere. Kids fishing from rocks, fat blokes drinking beer from cans playing classic catches in the water, beach cricket on almost every patch of sand, and of course the odd topless sunbather. There were also hundreds of boats at anchor and a multitude of parties going on – the whole harbour scene was like a huge summer festival. 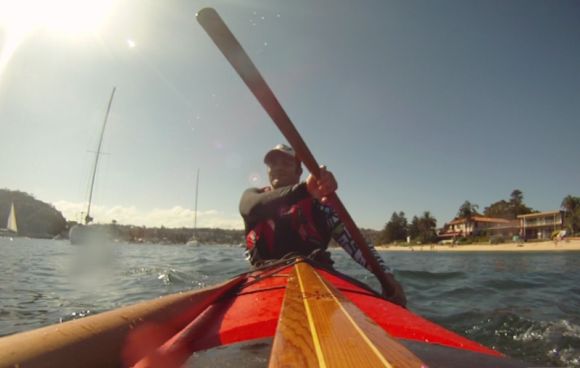 FP under the hot sun. Note the hat and long sleeves for sun protection!

As I continued up Middle Harbour a few decent sized boats passed throwing up some rideable wakes. Eventually a good sized boat came up from behind and as it passed I cut across behind it to catch up with its wake for a surf.

Once I finished up riding wake, I meandered back into the beach at Sydney Harbour Kayaks. Since the beach was empty I decided to practice a bit of rolling. Fortunately no-one was there since I failed the rolls and ended up having a bit of swim instead. Then as I splashed about, my mate Dez from BLAST arrived  on a ski, having also been surfing boat wake up and down Middle Harbour! We relaxed in the shallows chatting like old friends until Dezzy’s wife called and requested his presence. With a mad cacophany of splashing wing paddle blades he was off, powering his boat towards Balmoral. 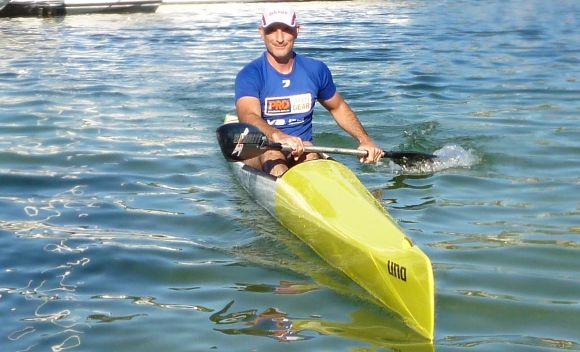 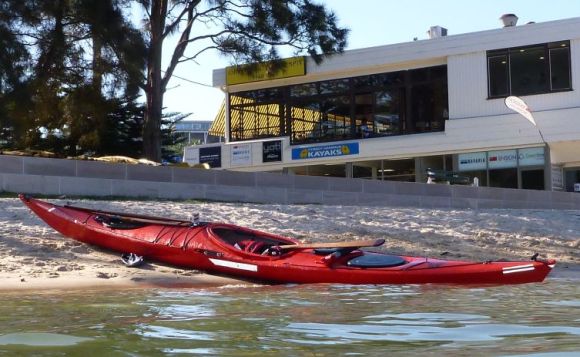 The SHK beach, as viewed from the water. Lovely!

And as the sun started to dip towards the horizon I took a brief few minutes to really enjoy its warmth. This would be the last time for a few weeks I’d get any heat at all…. more details of that in the coming week! Cheers – FP