The great Hawkesbury River system - a beautiful place to train

It’s amazing that 6 months have already passed since Team Fat Paddler last competed in the Hawkesbury Canoe Classic. In 2009 we had one man on the water, in 2010 we had two, and for 2011 we already have eight paddlers confirmed. As a two-event “veteran” I feel confident about what the event involves, but at least half of this year’s team are “Classic Virgins” and are already thinking seriously about training and preparation.

Despite my desire for less distance and more “fun”, the members of Team Fat Paddler insisted on a flat water training paddle to get a few kilometres under their belts.  With that in mind we met at Bobbin Head around 6.30, a rabble of different boat sizes, shapes and colours brightening up the shore as we prepared to set-off. 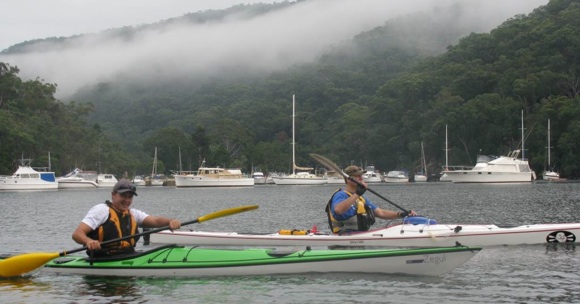 Seaman Nathan and Lt. Cmdr Alan get ready to set-out through the fog

Midshipman Simon gives the thumbs up to head off 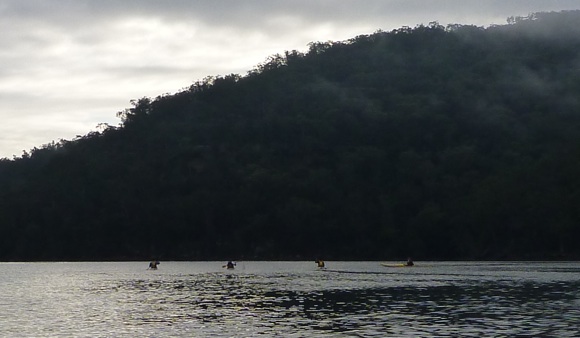 And they're off! Well, the fast ones anyway - haha!

Within minutes the seven paddlers formed three distinct groups – Midshipman Nat, Lt. Cmdr Alan and Cmdr Grumm in their rockets took off first, powering ahead to an early lead. Midshipman Simon and Seaman Nathan held the middle of the pack, whilst Lt. Ned remained at the back of the pack with me in the canoe, acting as sweeps at the rear. And so the paddle continued for ten kilometres until we arrived at Little Jerusalem Beach, the fast team securing the beach-head before the slower paddlers made their way to land. 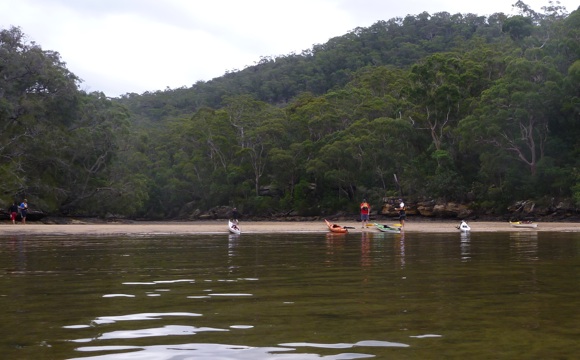 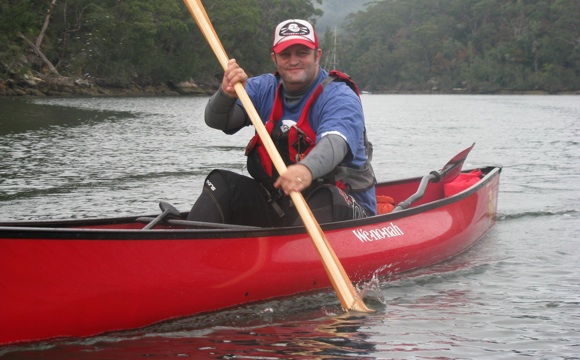 With the beach secure, Capt FP was able to safely bring the flagship into shore 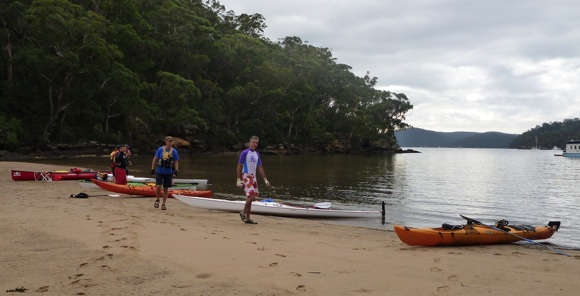 Team Fat Paddler set-up a lunch-camp on the beach

With the beach secure and camp set-up, there was really only one thing left to do – put the sausages on the Trangia for lunch. With the pan sizzling and the smell of cooking sausages in the air, the lads laughed and joked with each other and generally enjoyed each others company. Then when the cooking was done, sausage sangers were handed out to all and we enjoyed lunch surrounded by the beautiful bushland of the Ku-Ring-Gai National Park. 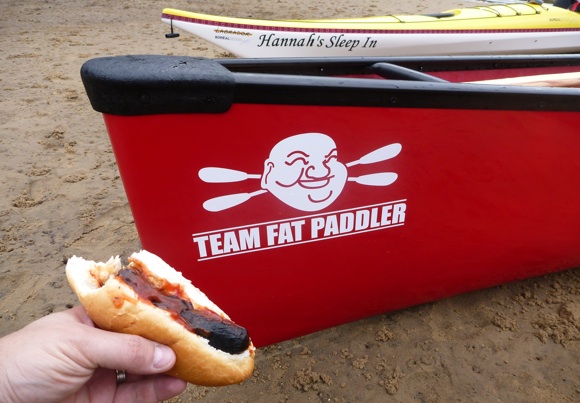 With lunch done we cleaned up the area and packed our gear away, making sure the beach was left as we found it. Team members had a few turns in each others boats for a bit of fun for a while, before preparing to set-off for the final run back to the start. At this point we were joined on the beach by a random paddler Russ, who lamented the fact he’d come too late for the sausages – haha! We gave him our commiserations before setting off back into the river. 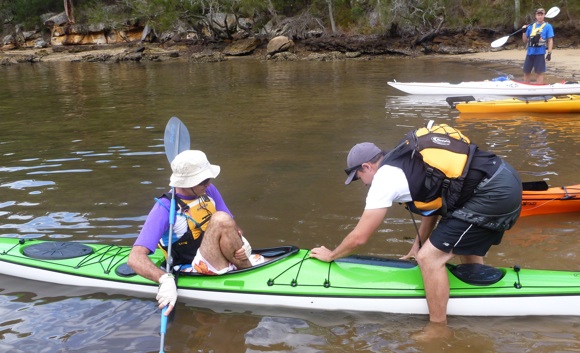 Lt. Ned greases himself up with lube before trying to squeeze into Seaman Nathan's Zegul 550 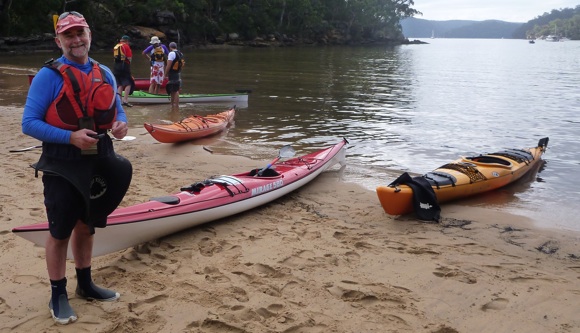 Russ, trying to smile despite his bitter disappointment at missing out on a hotdog

The fast group decided to make a run in the next bay, the “real” Jerusalem Beach, adding an additional 5-10kms to their paddle. The rest of us set-off on the return run at a more leisurely pace, playing in the boat wake and gas-bagging all the way back. We were finally joined with two kilometres to go by the faster guys who surfed a yacht’s boat wake for several minutes to give them a boost of speed. Then with a final burst of energy we all raced our way back over the final km or so.

I get asked a lot about how to train for the Hawkesbury Canoe Classic, which is ironic considering the type of paddler I am. But for the begginners I’d say just get out and paddle each week, and slowly work your way up to some distance. You don’t need to do 50km each week, a good 10-15km  most weeks with a few 20-30km paddles thrown in here and there will do you well enough to get through the event. Of course the serious athletes train much harder than that, but then clearly this website isn’t about that! Regardless, anyone can do the Classic with a little training under their belt, so if you are thinking of doing it in 2011 I’d love to see you out there on the water. Cheers – FP