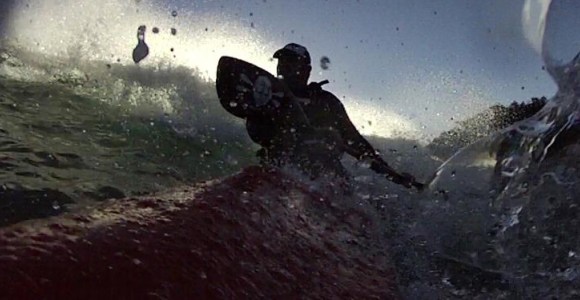 It’s Fathers Day here in Sydney, and a group of men have gathered at the crack of dawn on Australia’s famous Manly Beach. Laid out on the beach are a bunch of surfskis – two Stellar SR surfskis, a new Stellar S18S cross-over surfski, and a new SLSA spec ski, the X-cite from Slipstream Surf.

Gavin (the Rat), Nat (the Nat) Sean (the Fat) are the more experienced ski paddlers of the group. Ben paddles a sea kayak but has no experience on skis, and Josh has no paddling experience at all. 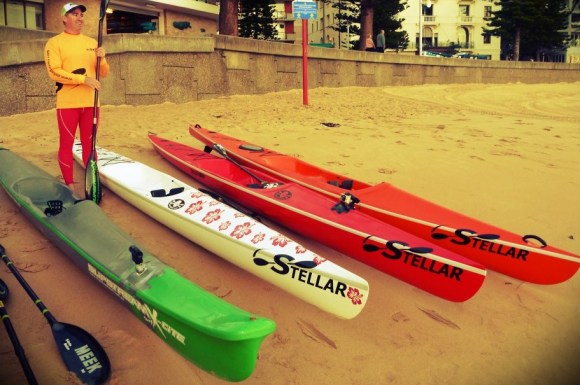 For the next few hours they play. The newbies try out the Stellar skis, whilst Rat/Nat/Fat tried out the X-cite. Neither Nat nor Fat show much skill on the spec ski but at least the Fat stays above the waterline… unlike Nat.

The lads head off to the Bower for an early morning surf where, laughing and yelling, they catch a few waves and play at dropping in on each other (well, mainly dropping in on the Rat). The newbies mainly practice falling off and climbing back on.

The five men make their way back to shore after a few hours in the surf for a final chat and a coffee, before returning to their respective families. All are smiling, and all is good in the world. Cheers, FP