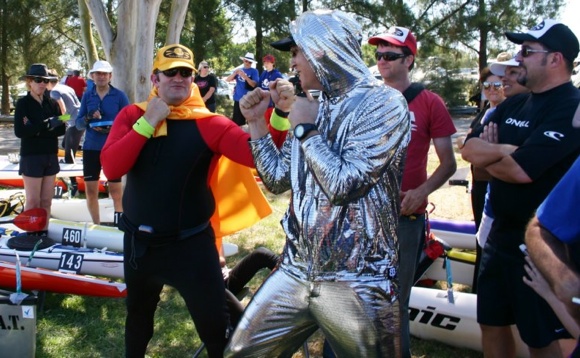 But the year was very different for me, at least from the point of view on being on the water. I’d made a switch from the open canoe to my trusty Stellar SR surfski, a boat I’ve paddling all year and love. The change in boat also changed other dynamics which unfortunately I hadn’t really prepared for properly – I was wetter and colder for starters, and hadn’t taken enough changes of clothes to last the whole night. The end result was a long night paddling very cold, with officials twice suggesting I be pulled out the race due to the possibility of hypothermia setting in. 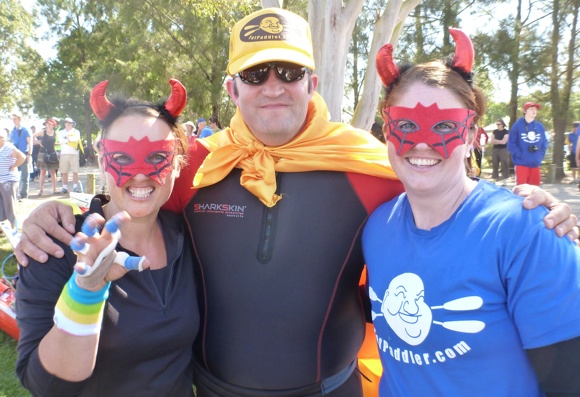 You meet some funny characters at the Classic. Like these Spider-Devil girls!

I’d also been working very hard in a new job, plus trying to pull together the logistics for the team, and as a result had had no-where near enough sleep in the lead up to the event. I’ve had problems before with falling asleep during the Classic and this year was no different… except I fell asleep far more often! 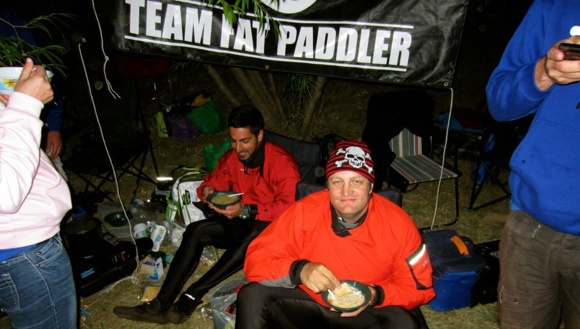 By far the worst problem for me however was my hands. Initially it was bad blisters that caused a fair bit of pain, but after addressing those with gloves I started to suffer from constant cramps in the hands themselves – in fact each paddle stroke brought on a cramp and a fresh wave of pain and nausea. Multiple that by 12 hours and you get a long, dark, painful trip down the river. 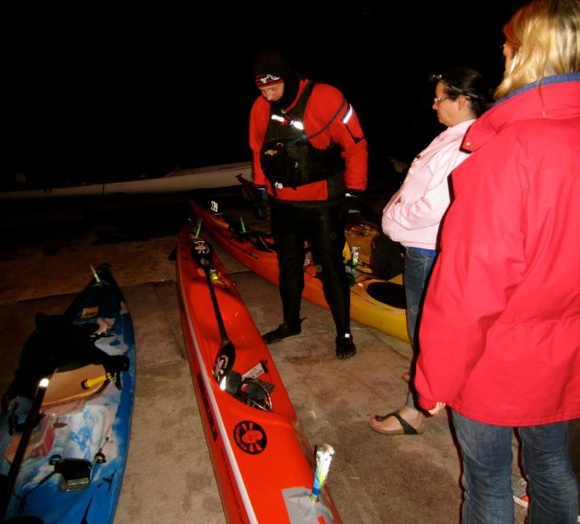 64km down, and a wet, cold, miserable FP contemplates getting back in the surfski

Of course, there was plenty going on with the rest of the team as well. Fellow team mate Nat, who has copped grief from all of us over the past 12 months for pulling out at the 85km mark last year, absolutely smashed his attempt with a blistering time and no problem getting to the end – apart from paddling himself up onto rocks at Bar Point in a  daze before paddling the wrong way around the final island in the race. Our pommy mate Grumm managed to launch himself out of his boat when he caught a hidden mooring line with his rudder, unloading a string of expletives before he finally disappeared under the dark, ink-like water. We had a number of the ski contingent set blistering times at the front of the pack, whilst the kayak crew slowly ground out a long but definitive finish at the back of the pack. 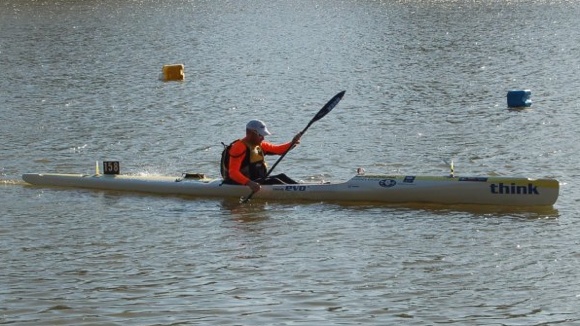 Nat looked great on his Evo surfski, and grabbed a brilliantly fast finish to silence his critics! 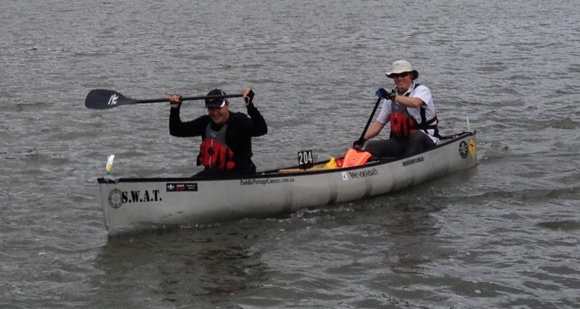 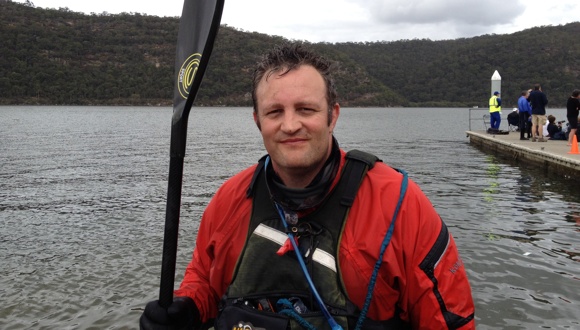 FP at the finish line – half a day of agonising hell…. but was always going to finish!

In the end we all had our own stories and our own personal battles as we made our way down that long river. But no matter how bad it was, we made lots of friends along the way, and raised over $25,000 for Leukaemia research. Cheers, FP