Beginners Rock Gardening 101: Team Fat Paddler Get More Action Than They Bargained For

It’s hard to believe that’s it been a solid year since I last went rock gardening. Sure, I’ve been surfing my Stellar SR surfski amongst the rocks of the Bower quite often, but in terms of true bump & grind, its been a while. We’ve had quite a few new members join Team Fat Paddler in that time and many of the newer members have been keen to give the rocks a go. So I gave the ski a break, packed up the Remix white water boat and set off with a few of the crew to the rocks of Grotto Point.

My first mistake was not bringing enough helmets for everyone, so in the end I went without so the newbies would all be protected. Pretty bad form on my behalf but I was worried more about the new crew and the likelihood of them running into trouble (note to self* buy some more helmets on ebay!!). Other than that though, we were good to go, and I led Dee, Tanya and Burnsie into the “training grounds” amongst the rocks of Grotto Point where they could get a feel for ocean surge in a relatively protected, gentle rock garden.

Dee and Burnsie ease into the training area

Once they all got a feel for the surges and got used to the way the water moved up and down against the rocks, it was time to get a little more hectic by moving them across to Gelo Cliffs. This area is basically a cliff line inside the Harbour which takes direct southerly swell from between the Heads to make it bouncy. Much of it is just cliff, so it can be a fun zone to surf rebound back out from the cliff-face. But other parts of it include broken up rocky outcrops, shutes and gauntlets, which can be handy for more serious action!

Of course, even without the helmet I got a bit excited and rocked it right up in the rebound zone, quickly becoming the first casualty of the day as I got flipped out onto rocks ending in a hasty wet exit and a quick rescue. At least I’d shown the newbies how it’s done! 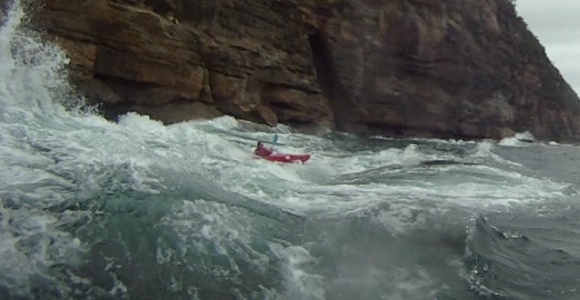 FP getting amongst the rebound, and about to get very, very wet…

At least wet exits are fun, especially in our warm Aussie waters!

For Dee and Tanya, this was all pretty exciting (or is that terrifying??) stuff. Dee has mainly paddled on the flat although I did convince her to paddle out through the Manly surf one day, pretty much scaring her senseless as she got smashed a few times. Tanya though has 15 good years of flat-water paddling under belt but no experience at all in the rough. In fact, she’d never before come out of her boat or needed a rescue. All that was about to change! 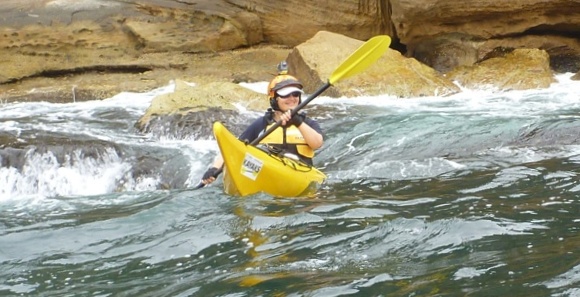 Tanya getting out in moving water for the first time ever 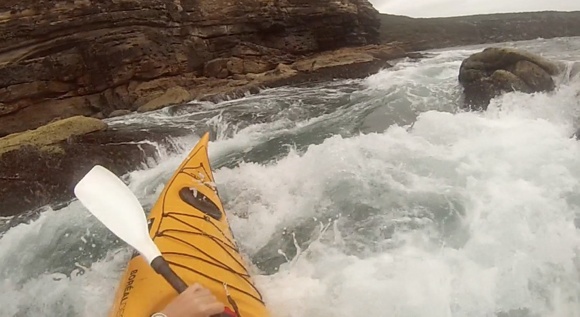 Time now for some serious rocky action… the gauntlet looking in. 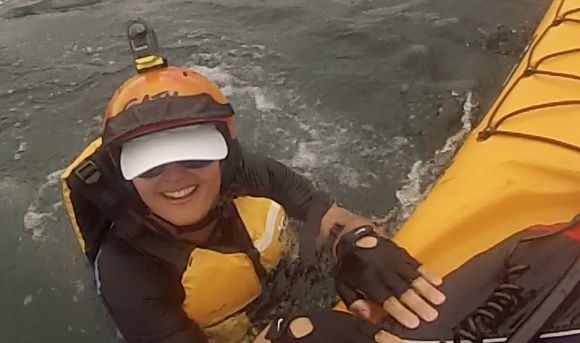 And Tanya being reunited with her boat – haha!

I’ll let you watch the video to see what happened next. Needless to say Dee, Tanya and Burnsie all got their thrills and spills and came away very, very excited about rock gardening. Looks like the rock-hopping contingent of Team Fat Paddler is going to continue to grow! Cheers, FP 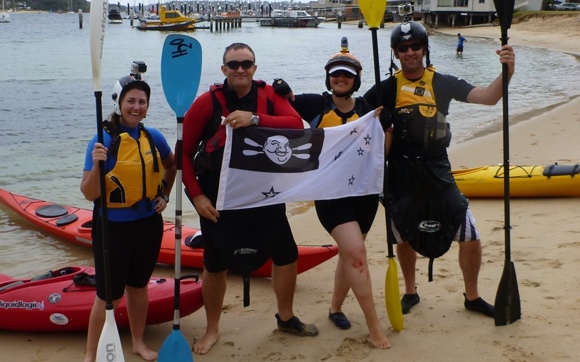 4 thoughts on “Beginners Rock Gardening 101: Team Fat Paddler Get More Action Than They Bargained For”