Trying to stay on the Hayden Fat Boy in cross-chop… not easy!

At the start of 2012 I started to paddle surfskis for the first time. Over the following couple of years I fell in love with them – the speed through the water, the ease of getting in and out, and the best part, the absolute joy of catching waves and surfing. My boat of choice, the Stellar SR, was a perfect boat to develop in, giving me enough speed to be addictive, but also enough stability to handle the rough conditions encountered on the ocean and in the surf. It was an all round great boat for learning to surf, but in reality ocean surfskis are not designed for the constant pounding of surf against the shore. It was only a matter of time before I was going to do irreparable damage to it.

The best boat for the surf is actually a surf kayak, but I can’t bring myself to give up surfskis altogether. I just needed a surfski that was stronger, more able to handle the thrashing of shore breaks, and  better designed for catching steep waves. Fortunately those types of skis already exist in the surf life saving movement, in the form of spec skis. They are stronger/heavier, have more rocker for waves, and are made specifically for going out through and back in on breaking surf. The only problem is, they’re very, VERY tippy. 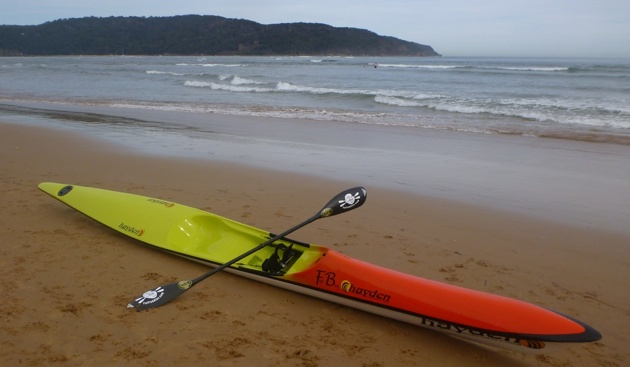 I’ve since been looking for a spec ski I can stay upright on. I’ve trialled a few with limited success but recently borrowed a Hayden Fat Boy from the local Sydney rep, which has proved to be a far better match to my abilities. It’s an interesting surfski in that it has the front half of the more elite Hayden PR2 ski, but with a deeper seat and a wider stern just behind the cockpit. It’s certainly still tippy, but has quite a lot more stability than all of the other spec skis I’ve trialled. 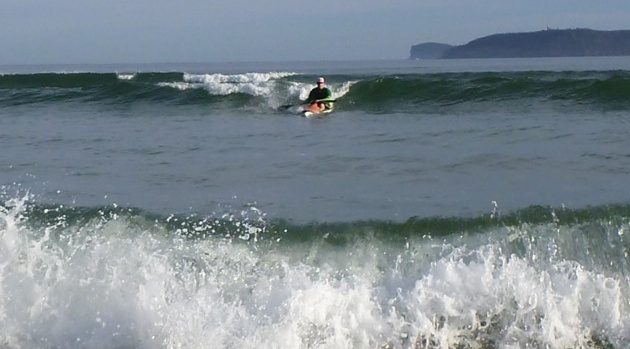 Testing the Hayden Fat Boy in a little 1 foot surf

During my trial I’ve become quite fond of the Fat Boy. I’m not remotely close to mastering it, but I have been able to paddle it through breaking waves and ride a few small ones as well. It looks like a surfski that I can work on and grow with, and will likely reward me if I spend more time on fitness and weight loss. There’s another reason to love Hayden as well of course, and that is knowing that one my moustache-wearing heroes of the 80s, Tom Selleck, also used to paddle a Hayden surfski during his Magnum, p.i. days. This is a ski brand with history, sex appeal and a surfski with “Fat” in it’s name. It’s utterly perfect. 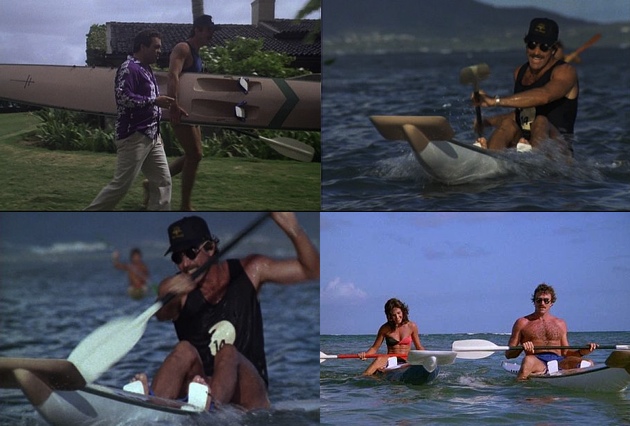 Magnum PI with his Hayden surfski, pulling the ladies

Interestingly when comparing the Stellar SR and the Hayden FB there are a range of quite major differences. Hull shape, bucket position, rudder size, bow volume… the skis are remarkably different. I intend to have a good chat to the Hayden designer once I’ve tested the FB further to get some insight into the design reasoning. In the meantime however, you can see the major differences from the following comparison photos. 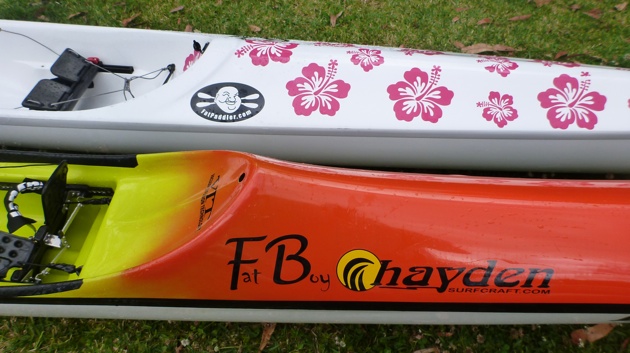 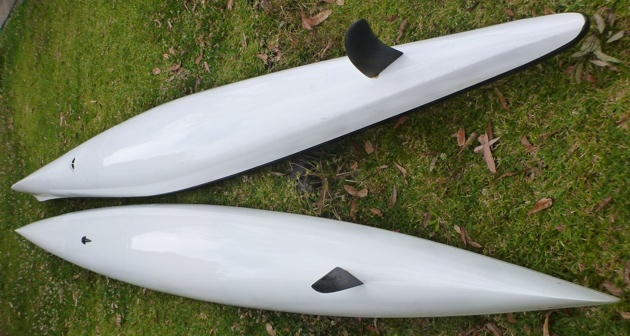 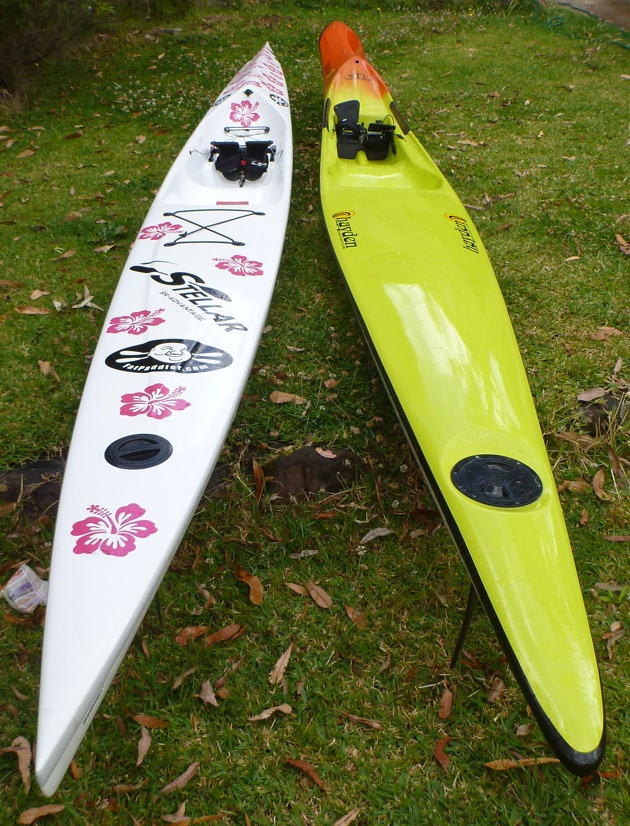 My trial with the Hayden Fat Boy hasn’t been without incident of course. I’ve had some fun in 1 foot surf but a recent foray into some messy cross-chop proved too much in these early days (as the below video will prove!). I’ve clearly got a long way to go but am excited about the new challenge at hand, and even more excited to announce that Hayden have partnered up with me for the journey. Cheers, FP