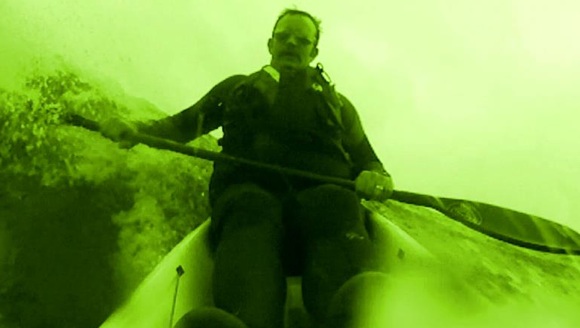 Six months ago I decided to attempt the impossible – learn to paddle a surfski and attempt to take on the World’s best at the Mauritius Ocean Classic. Months of training, dieting and paddling had me drop over 25kg in weight and gain considerable leaps in fitness. But long hours in a new job put a dent in my training regime, and with my fitness slipping I sought out new and controversial methods to give me an edge. A quick look at past Aussie sporting legends made it clear that all I needed was one special thing – a serious and manly moustache.

The humble MO has been helping mankind since the beginning of civilization… and possibly even before then. When Genghis Khan terrorised the civilised world with his horde of mo-wearing horsemen, his slain enemies were known to utter with their dying breath “Did you get a look at those awesome MOs?”. In more recent millennia modern heroes such as Burt Reynolds, Charles Bronson and Ron Burgundy have exemplifed the raw manliness of a hairy upper lip. And don’t even start me on the Aussie cricketing legends of the seventies, eighties and nineties (Lillee, Boonie and Big Merv in particular). 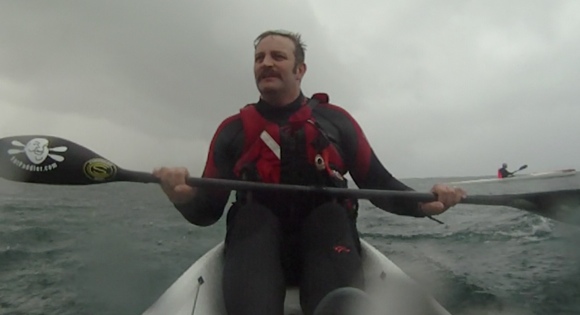 FP taking his inspiration from Magnum PI, the King of Mo-wearing surfski paddlers

Taking my queue from the greats (and despite the desperate pleas of Mrs FP), I have unleashed the MO and will continue to let it grow more and more powerful, urging me on to train even harder, paddle even further and, when I finally get to Mauritius, to steel my will and remove my fears of drowning, or worse, having to be rescued.  At the very least, at least I’ll look funky. Cheers, FP

UPDATE: Still not convinced in the power of the MO? Check out my main Mo-brother #1 from Moustache Man Training. MM recently saw the light and through the power of the MO, is proving to be an unbeatable, invincible specimen of pure manly awesomeness. Check out his video and I dare you to disagree! Peace out – FP