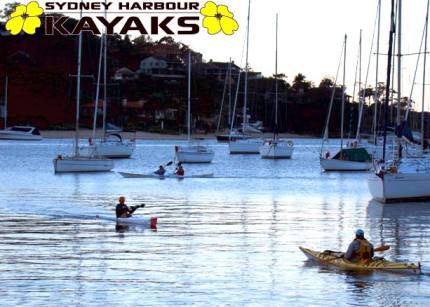 Heading out at 7am into paddler traffic …

A few weeks ago I missed a paddle after a rare night out to farewell a work colleague left me in no state to get up early. And as fate would have it, this particular day the paddlers on Middle Harbour got to play with the biggest pod of dolphins in living memory to come into the Harbour. For me, having never seen a dolphin in all my paddles, this was absolutely gutting, and so every paddle since I’ve gone to the same spot of this dolphin sighting in the hope they come back. That spot is Grotto Point. 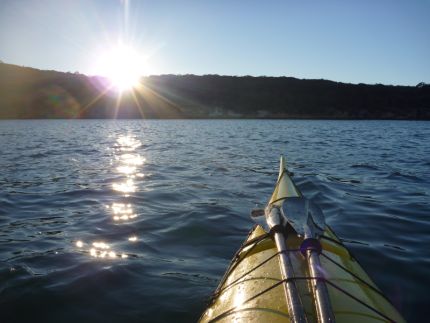 Sunrise on approach to Grotto Point

So on this day I’ve paddled out past the point looking for dolphins when what should join me instead, but a pair of Fairy Penguins out fishing. Now this IS a rare occurance, but not quite a dolphin sighting. So I decided to paddle past Middle head through the ocean swell and into the main part of the harbour just in case they were hiding there somewhere! 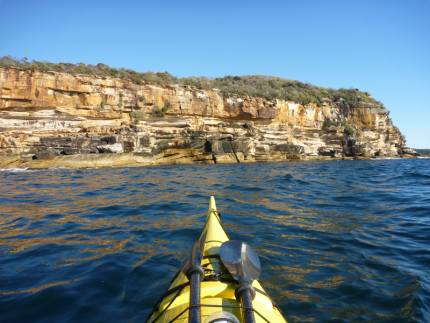 Now once into the main part of the harbour the swell is joined by stink-boat chop and ferry wake, which turns it into a maelstrom of criss-crossing waves which buffet the yak from all directions. But I’d never paddled this way into the Harbour before so kept going for a good 10km until I rounded the HMAS Sydney point, finally giving me a view of the city and the Sydney Harbour Bridge. 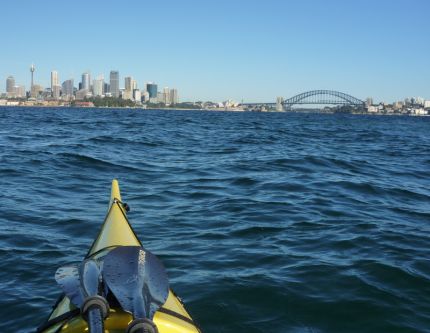 At this point I turned around and rode the outgoing tide back to Middle harbour, through the swell coming through the heads before heading back to the The Spit for a well earned coffee. A great long paddle, but still no sign of those bloody dolphins. Next time for sure! 🙂 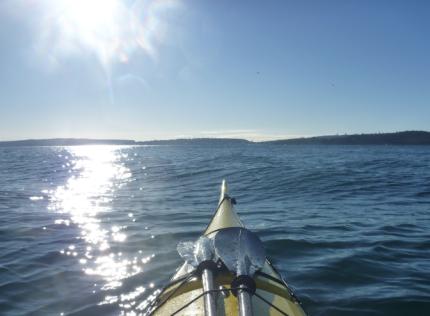