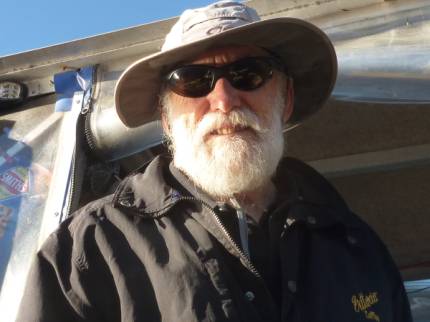 Take a long hard look. This is he, captain of the boat of legendary Harbour chases, the unwavering saviour of caffeine-seeky paddlers the world over, Mr Coffee Boat himself.

After countless coffees on the Harbour I finally got up the courage to ask him if he was aware that he’d become an internet sensation. He did not apparently, but was most intrigued when I explained the site and his growing international fan base. And like the true genius that he is, he immediately sniffed an opportunity for the taking and forcefully asked that I include his phone number on the site too!

Now such a brazen attempt at self-promotion may put some people off, but not I, for I am a Marketer by Day and, like the Coffee Boat Man, love to sniff out opportunities myself. In fact I was so impressed that I agreed I would indeed if he supplied it to me.

Now what does an enterprising salt-dog do when presented with an opportunity at sea but is without the right materials? He makes do with what he has. And this my friends, became his business card. 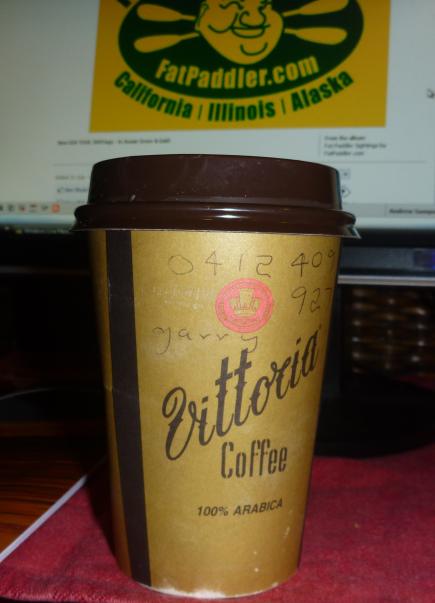 Yes fellow paddlers, he wrote his name and number on the very coffee he’d just made me. Brilliant!

So, on the record, and by request from Garry the Coffee Boat Man: if you are on the Harbour and want a coffee, or have an event with a group of people happening on the Harbour somewhere, give Garry a call on 0412 409 927.  He may not come to you, but he will tell you where he is. And for a kayak-bourne coffee what more can you ask for?

Thanks Garry, you’re a dead-set legend! 🙂 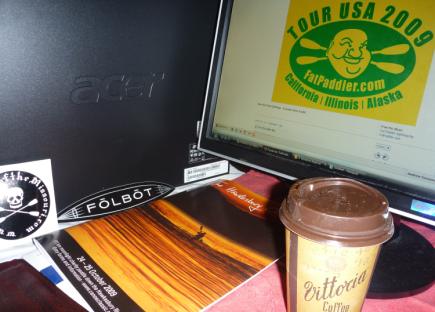