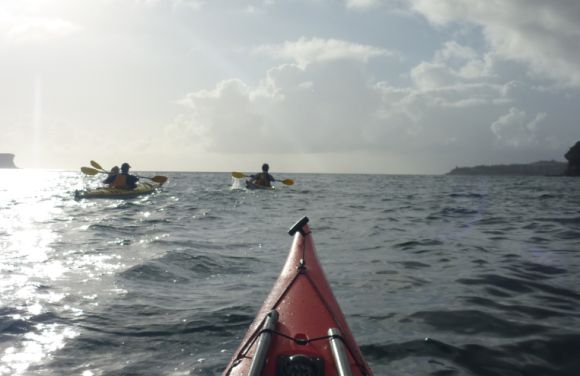 It’s incredible how much difference a week makes! On week 2 of training for TFP, we changed to composite boats from Sydney Harbour Kayaks and head off for Grotto Point in search of some lumpy water. The lads had decided they needed a little taste of rough water to prepare for passing Middle Head during the Kayak for Kids, so I decided to take them out to Grotto Point where they could get a taste as well as have the ability to duck back behind the point if the going got too much. My major concern was Grumm, who had lost his paddling cherry only the previous week, and who had not looked remotely stable nor strong enough to handle too much.

But a miracle had happened. Grumm was now racing in the lead, wielding his paddle like it was Excalibur, and looking…. well, looking pretty good!  So good in fact that, with the the other lads, they passed Grotto Point and kept paddling towards Sydney Heads, riding the choppy swell beautifully.  Of course, I had to call them back, since they were without skirts, safety gear, or training in rescues etc, but I did escort them for a quick peak around Middle Head before heading back to Grotto Point and into the calm waters beyond.

Once in the calmer waters, I suggested a quick clinic in assisted rescues, to demonstrate to them how to get back in should they fall out somewhere. Pulling into the nearest beach, each of the boys had a turn at re-entering their kayaks with the assistance of the Fat Paddler, learning the basics of assisted rescues. 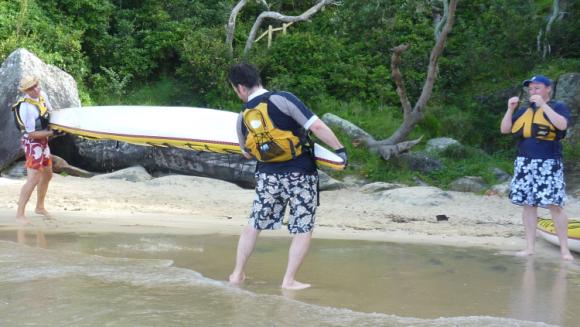 With that complete, we took off for a leisurely paddle to past Clontarf Beach, under The Spit Bridge, around the marina and back, before running into our paddling mate Tim Kennings, who joined us on the beach at Sydney Harbour Kayaks for a few coffees and a few dozen funny paddling stories! 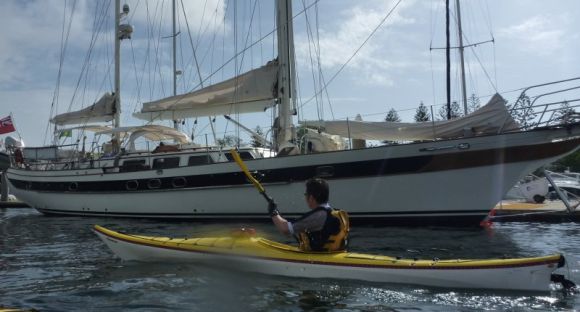 All up another beautiful day on the Harbour for TFP, some fun in the lumps, and an incredible improvement in Grumm’s performance. Nice stuff boys!  Cheers – FP 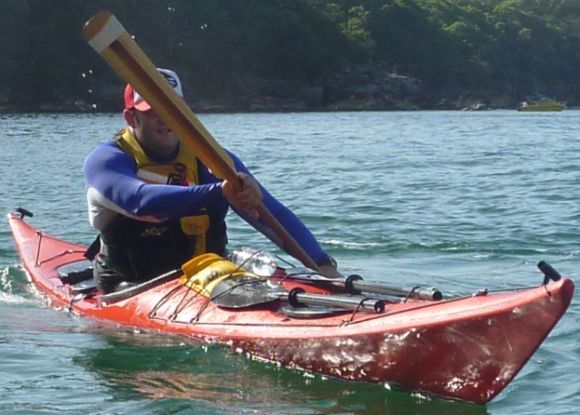 2 thoughts on “Team Fat Paddler getting amongst the lumps”