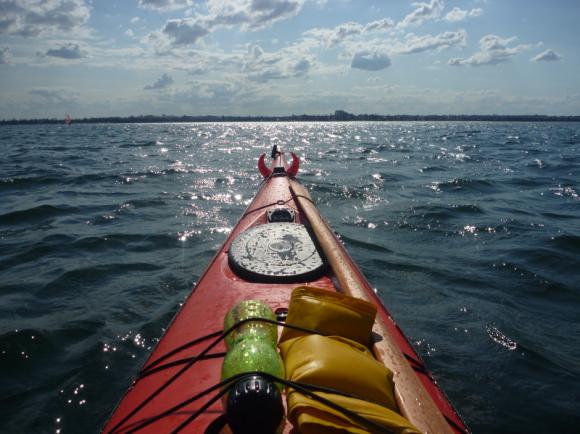 Having spent Saturday night rocking-out at an AC/DC concert with good friends, a sunday paddle was always going to be a little hard. But somehow I managed to get the boat into the water on what was turning into a stinking hot afternoon. And for the first time, that waterway was Sydney’s other major harbour, Botany Bay.

Now pushing out into the bay with my flashing AC/DC horns strapped to the bow of my kayak was pretty funny in itself, especially if the looks from passing jet-skis and fishing boats were anything to go by. The somewhat green tinge of my face as I realised a hangover, the afternoon sun and soaring temperatures are not a particularly good mix was probably also funny for passing boat traffic!

But what makes Botany Bay so interesting is not fat blokes paddling horned kayaks, it’s that the runways of Sydney International Airport that are built into the Bay itself. This meant a steady array of aircraft for me to get close to. 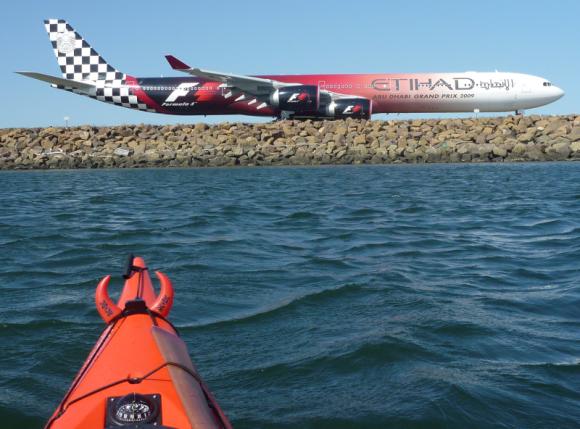 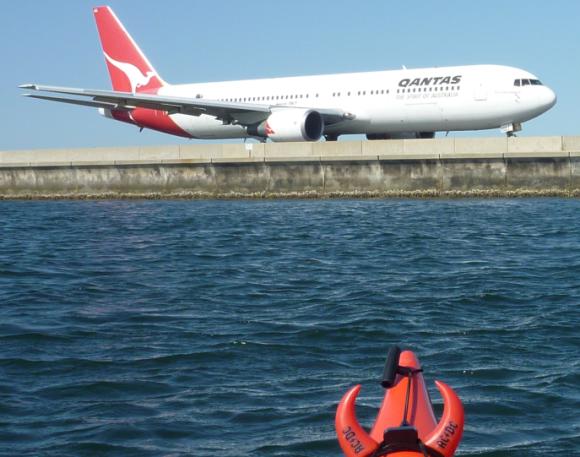 Getting close was surprisingly easy, with only a limited exclusion zone marked out on the edges of the runways. But what was really interesting was paddling to the end of the runway and watching the planes fly in over my head, with their jet-stream adding to what was already turning into a pretty windy day on the water. 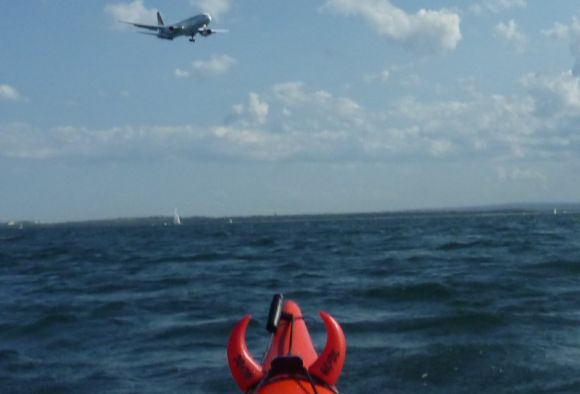 Incoming jet, almost in my sights! 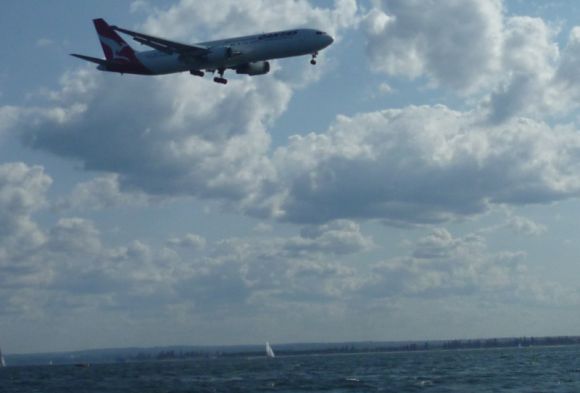 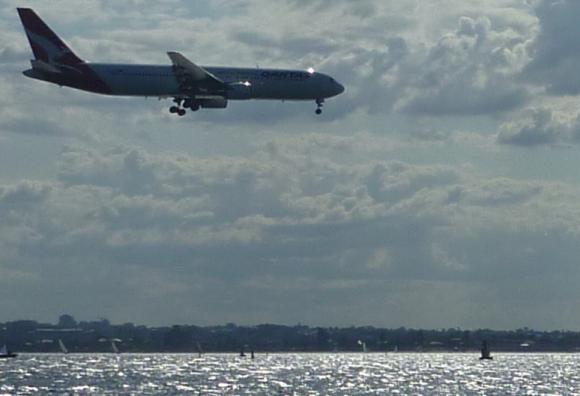 Of course as luck would have it a 20 knot head-wind kicked up for the 4km paddle back to my put-in spot, with associated chop and criss-crossing boat wake from returning fishing boats giving me a difficult and bumpy ride. As if this wasn’t exhausting enough, I had an odd experience back at the car to top the afternoon off, when an old retired Irishman who, after seeing my Greenland paddles and professing a love of the northern countries & cultures, insisted on reciting numerous verses to me from “The Songs of a Sourdough” by Robert Service! And when I say numerous, I mean numerous, with him returning on four separate occassions to recite “just another few verses”!!

In all a pretty crazy Sunday afternoon paddle for this fat fella. Cheers! – FP