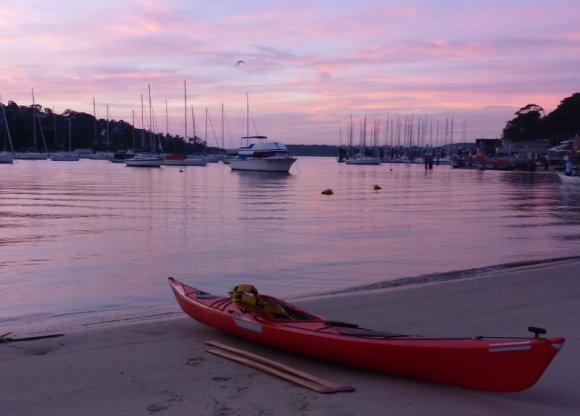 Dawn at The Spit, a great start to the day

The boys came together for one last paddle before the next weeks Kayak for Kids event.  Meeting at 7am, we got to witness a stunning dawn over Middle Harbour before getting in the boats for the final hit out. We were joined by regular paddle mate Timbo, and new paddle mate Rand on his SUP. 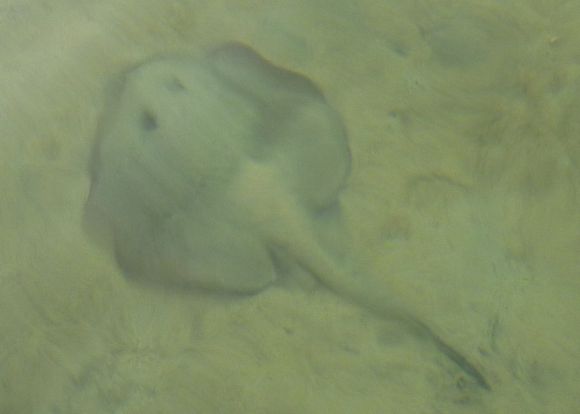 "Ouchy" the stingray under my boat

The sea gods had decided to rest today and there was absolutely no swell or waves whatsoever. Timbo and I were left trying to surf passing boat wake as Rand worked his over-sized paddle to keep up. 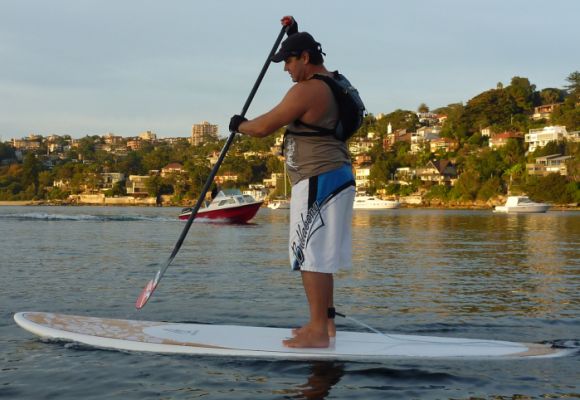 Rand on his SUP. It looks easier than it is!! 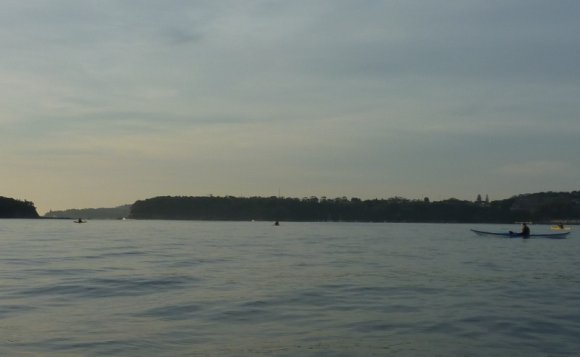 Looking down to Grotto Point. Where are the waves??

Making quick progress we all rounded on Middle Head before realising we’d lost Rand, who had ducked into the safety of Balmoral. Not that there was any ocean swell to worry about, as the rest of us paddled right up close to the usually dangerous cliff-face of Middle Head.  It was so calm that Timbo practiced a few rolls right by the cliff!

Oi Timbo! I think you're sinking! 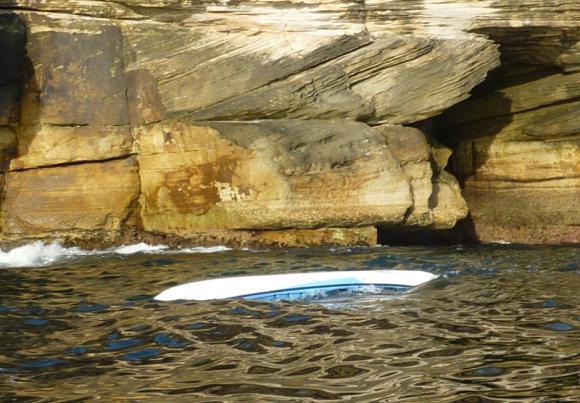 Timbo having a look at the ocean floor. Hello fishies! 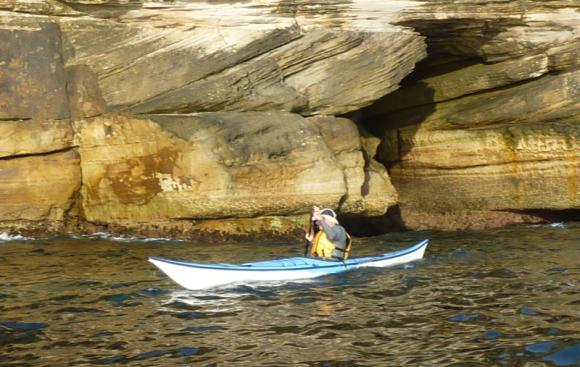 And he finishes the roll and is back up again.

From there we only had 10 minutes before we needed to get the boats back, but in the calm conditions decided we’d strike out for South Head, another milestone for the boys. Before we new it we reached the head before having to turn for home, trying without luck to surf the tiny swell back into Middle Harbour. 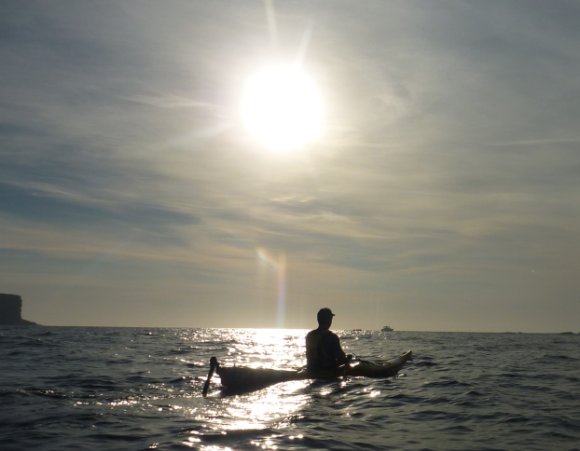 Alan paddling to South Head. What a day!

Finally we picked up Rand back at The Spit, and after returning the kayaks to Sydney Harbour Kayaks, all wandered off the local yacht club for decent breakfast of egg & bacon sandwiches, coffee and banana bread. With the content feeling of a full tummy,  Timbo announced that despite his shyness in the face of Team Fat Paddlers’ constant paparazzi attentions, he was ready to become an official member of TFP for Kayak for Kids. Nice one!

So this is it, next week the lads will take on the 17.5km paddle through the Harbour to raise money for kids with development issues. This is a great cause and the boys have already raised over $5000, but if you feel so inclined, throw us a fiver or whatever you can afford, thje kids will appreciate it.