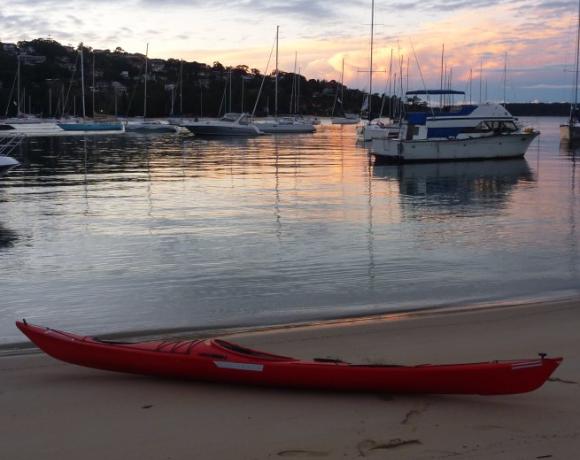 This weekend’s paddle marked the welcome return of two misssing (feared lost) Team Fat Paddler characters. The inimitable Grumm (aka The Whinging Pom) and the Unknown Greenland Paddler, recently renamed “The Famous Tim Kennings” (as he was referred to in a forum last week).

Grumm had 5 weeks earlier bought himself a Boréal Design Labrador from Sydney Harbour Kayaks and then promptly gone down like the proverbial lead zeppelin with some ghastly virus. I’d all but given up on him when he announced he was back and ready to get wet, and it was exciting to see him emerge from his house in the dark at 5.45am ready for the morning’s paddle. I also had the joy of listening to him attempting to sneak quietly out of the house but instead crash into furniture and open the world’s noisiest roller door, waking not only his household but most of the street at the same time. 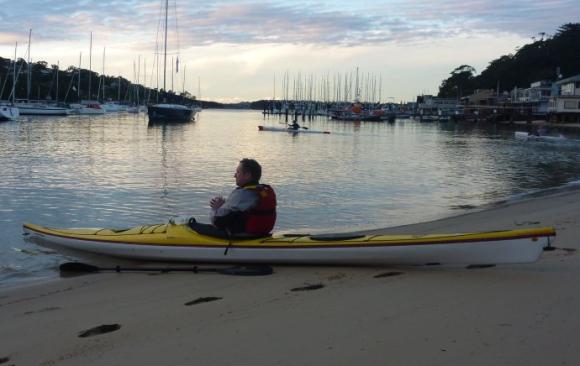 Grumm, pondering his wife's reaction to his noisy house-exit....

“The Famous Tim Kennings” had not been seen since recent “controversies” where he was rumoured to have gone underground to escape the wrath of Sydney’s paparazzi. Cautiously emerging from his safe-house, Timbo had appeared in a new stealthy boat (sans Fat Paddler stickers) with a new method of hiding his identity. 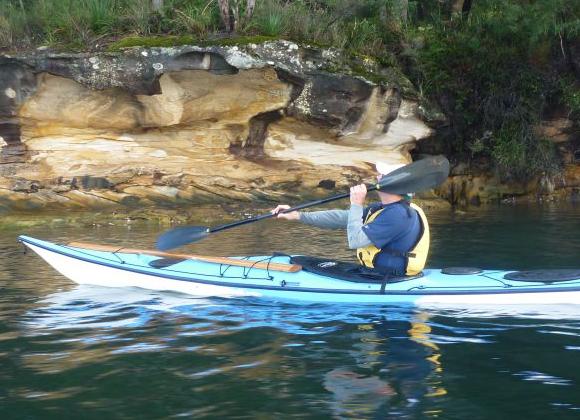 Is that The Famous Tim Kennings? No, that's just some random bloke with a paddle for a head...

On our eventual arrival at Bantry Bay we didn’t have long to wait before Garry and The Coffee Boat arrived, supplying us all with hot buckets of frothy milky coffee. We chatted away watching the white-bellied sea-eagles circling above as we sipped our coffee, before seeing the eventual arrival of the amazing Yukon Buddies crew who I’d met just the week before. Like us, they were also seeking Garry’s services. 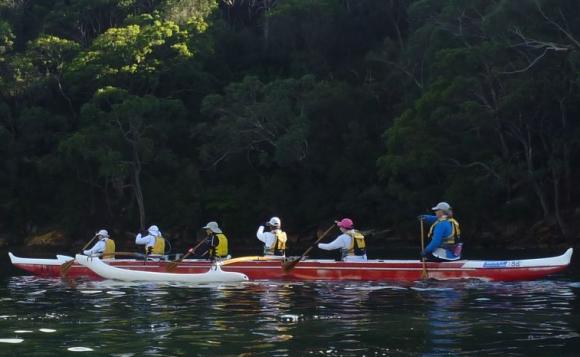 Paddling over to them, we had a quick chat about how they were going, their training and the last minute prep for the Yukon River Quest that is now just weeks away. Then we were politely told off by their steersman for interrupting their training (can you call coffee-drinking “training”??) so we paddled off towards Roseville and left them to their training session.

A fairly urgent need was by now gripping a couple of us, so we pulled into Flat Rock Beach for a quick nature call. Looking back at our kayaks, we thought it might be cool to swap boats, so Grumm climbed into my Aquanaut, and I squished myself into his Labrador, discovering quickly that I am simply too bloody big for this sleek, fast boat. Nevertheless, I settled into the rocket and paddled off towards Roseville. 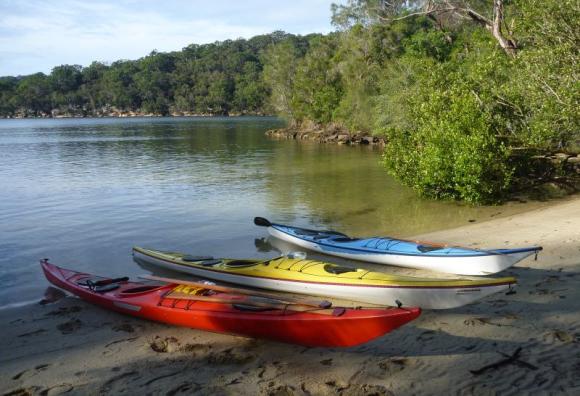 Grumm was thoroughly enjoying the secondary stability of the Aquanaut and the fact it can actually be turned. He was edging and paddling and generally having a ball in my fun little play boat. I on the other hand was trying desperately not to tip his rocket over into the drink, its narrow beam and hard chines twitching away as I tried to settle into the feel of it. Eventually the boat settled beneath me and I found that with the right leg-drive and body rotation, I could power it along at incredible speeds, quickly losing the other fellas behind me.

The Famous Tim Kennings however was still paddling along the edge of the shore hiding his face from the prying public. As he did so, the Yukon Buddies crept up behind him in their red outrigger, giving him a quick nudge to get out of the way. 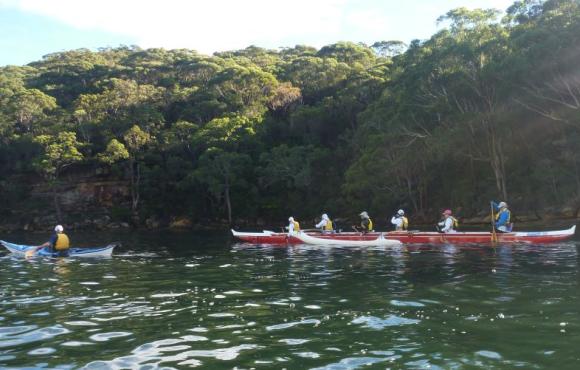 As they passed by, we tagged along behind them giving them a kayak escort towards Roseville Bridge, where we eventually pulled over for another round of boat swaps. 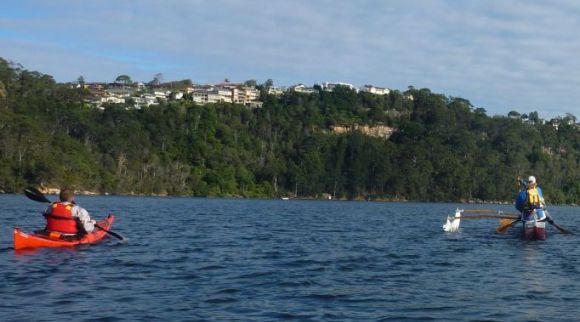 Grumm in escort. He's such a gentleman....

For the final boat swap I had a quick play in The Famous Tim Kenning’s North Shore Atlantic, a beautiful boat designed for paddlers considerably smaller than myself.  The Famous One in turn had a paddle in my Aquanaut, it’s HV configuration feeling like a small air-craft carrier to him as he got lost in its roomy cockpit. Grumm meanwhile spent about ten minutes trying to seal launch backwards off the beach – a very funny thing to watch indeed!

The Famous Tim Kennnings back in his own boat. Hiding behind his dark sunnies still.

After we finished our boat comparisons, we all returned to our own kayaks and cruised our way back to the Yacht Club at The Spit for a civilised bacon and egg sandwich to end the mornings paddle. A great way to finish up the re-union of the Team Fat Paddler triumvirate. Until next time – cheers! – FP 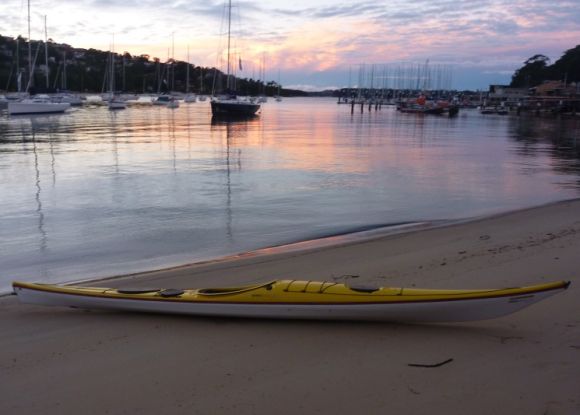