Sometimes life’s pressures build up and force us to seek therapy. For some, that might involve relying on a friendly shoulder to cry on. For others, it may be a retail session maxing out the credit cards. For me however, it involves time alone outdoors to clear the mind.

On this particular day I’d taken the kayak out for a solo sunrise mission after a week of incessant work, family and other stresses. Pushing off from The Spit at 5.30am in the darkness, I cruised along the shoreline keeping well clear of fishing boats as I made my way to Grotto Point. The swell coming through the Heads was sitting around the 2 metre mark and pushing up a sensational left-hander that was barely visible in the limited light as I passed the Grotto lighthouse, heading towards Middle Head. Decent-sized fishing cruisers were heading out to sea and the water in the sound was nice and confused as I tried to find a good spot to watch the sunrise. 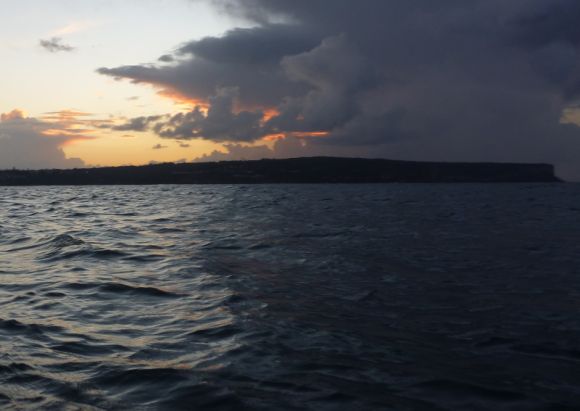 Sitting just off to the side of Middle Head I got to watch some good sized waves battering its cliffs, and in the distance I could see the southern cliffs of North Head taking a pounding. The wind was icy but the water balmy, and I relaxed in the messy waves with my Adanac paddle held over the side as an outrigger to keep me stable. As the sun started to rise the colours around me took on pink and orange hues which reflected off the moving water creating rippling firey effects about the kayak. In this mesmerising start to the day, I could feel my mind unwinding and the stresses ebbing away with the tide. 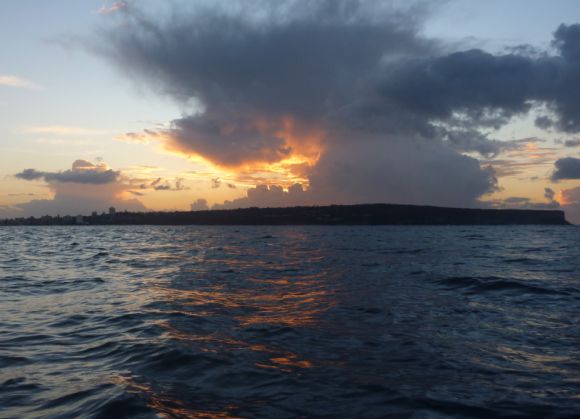 The sky is on fire over North Head

Only the day before of course, these waters were chaotic. The 16 year old Jessica Watson had completed her incredible solo sail around the world by passing through the Heads and onwards to Sydney to meet 50,000 odd fans. But she’d done it surrounded by a flotilla of boats escorting her in, which had churned up the Harbour into a giant washing-machine. But now, there was hardly a boat out here to be worried about and I could just enjoy the moment alone on the water. 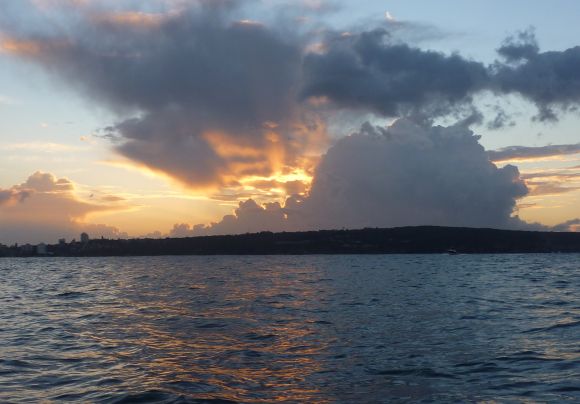 Finally, after about 45 minutes bobbing around Middle Head, I turned back and paddled off into Middle Harbour. With a clear head and a semblance of peace found, I indulged in a little rock-hopping and a fast cruise up to Sugar Loaf Bay before pulling back into The Spit for a coffee with the team at Sydney Harbour Kayaks.

Sometimes modern life throws you a few curve balls and it’s easy to get beaten down by stresses that pile up on each other. Fortunately the outdoors is a great leveller, putting the world into perspective and reminding you that you’re alive. It may not remove the stresses from your life, but it does let you know that they are just little tiny things in the big wide wonder that is life. Cheers – FP