Paddling out to sea in the darkness

All the weather and marine forecasts said the same thing – small waves and an even smaller ocean swell. Despite weeks of big seas and high winds, here was a one-day window of opportunity that was too good to ignore. It was time to head to sea.

Leaving home around 5am, the temperature gauge read 2 degrees C, a very chilly start to the day. With all my winter paddling layers on, I finally pushed off from The Spit and paddled past Balmoral Beach, then Middle Head, across the shipping lane and finally to Sydney Harbour’s South Head. With a final look back, I paddled past the rocky headland and out to sea. 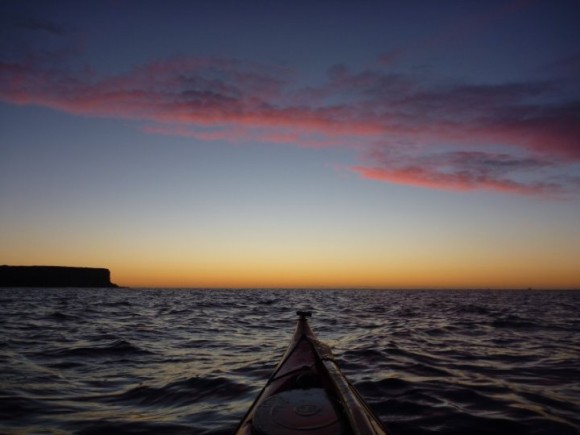 With half an hour to go before sunrise, I turned south and paddled along Sydney’s cliffs for a kilometre or so, admiring their ruggedness in the early light. Motor boats were steadily leaving the Harbour and heading to sea, with fishing, diving and whale-watching  boats taking advantage of the calm conditions. I was sitting a little under half a kilometre out to sea waiting for the sunrise, and quietly hoping to see migrating whales. And then I get to enjoy the sunrise, with the cliffs of Sydney bathed in the mornings first orange glow. 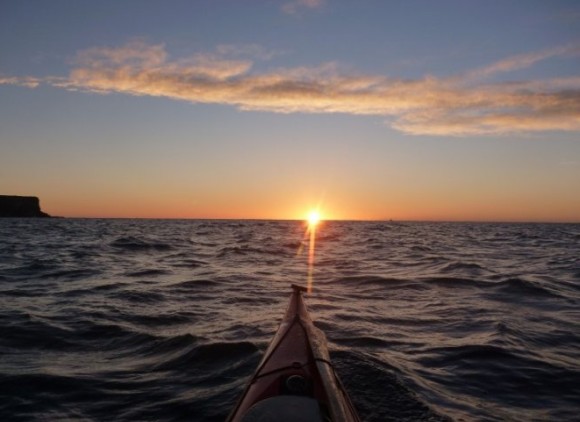 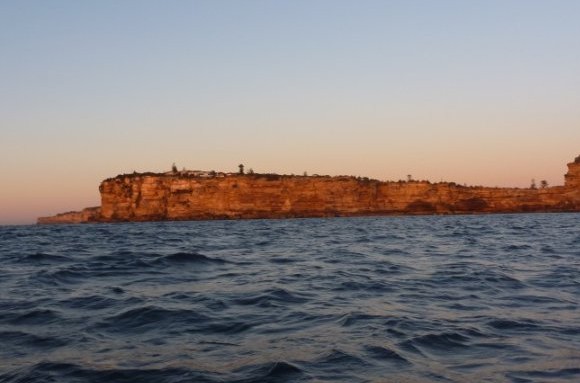 With the sun now up, I turned and paddled back in towards the cliffs before slowly paddling back towards South Head, and its candy-striped Lighthouse. As I got closer, I could just make out a lone paddler rounding the head, with the unmistakable blue Atlantic signaling that it was the The Famous Tim Kennings. 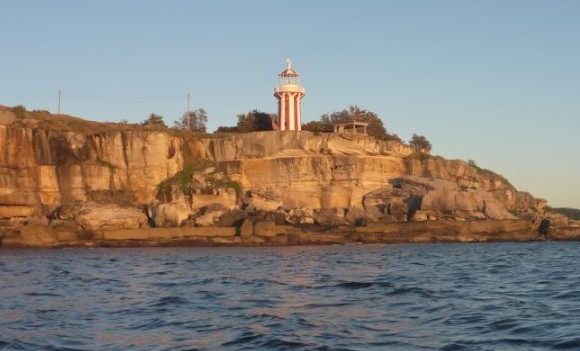 After a quick hello, we paddled up to North Head’s impressive southern cliff where we watched divers, fishermen and ski paddlers frolicking close to the cliff-line. Then with a wave, Timbo headed south for a burn along the cliffs whilst I paddled back into the Harbour to finish off the morning’s paddle and get a hot coffee into me. Cheers – FP 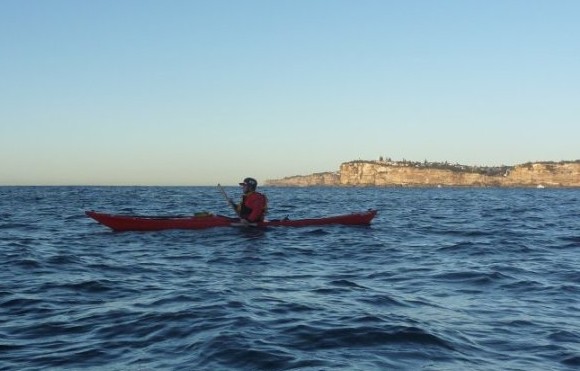 FP with Sydney's cliffs in the background.