Any time now, internet paddling mate Joe O’Blenis will be pushing off into Canadian waters to attempt the sea kayak speed record for paddling around Vancouver Island. Joe previously set a record of 23 days for the 750 mile circumnavigation back in 2007, but had his record broken by Brit ex-pat Sean Morley less than a year later, with a blistering 17 days. Now after a summer of training, Joe is about to try and crack the 17 day mark. 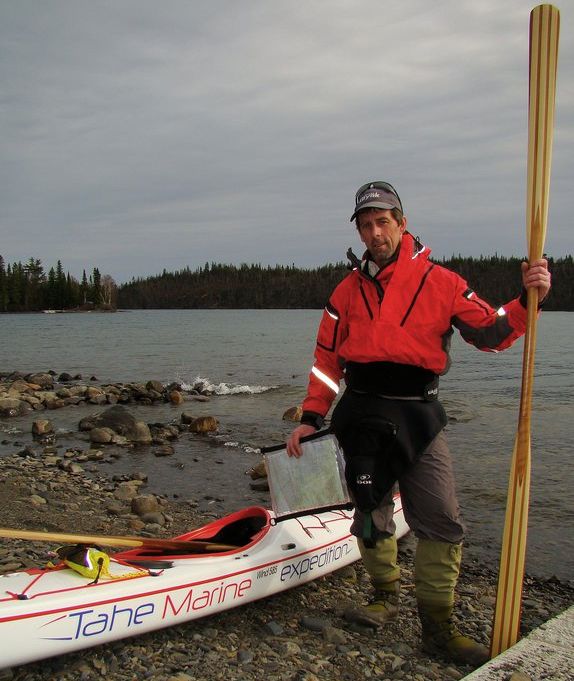 They must put paddling super-juice in the water up there!

I’ve heard from Joe today that pending wind and weather conditions, he should set off sometime tomorrow (if his “in transit” paddles arrive, that is!!). He’ll be doing it in a Nigel Dennis Greenlander kayak, using one of his own handcrafted Greenland paddles (something for the GP-doubters to consider!).

The route itself is considered one of the most scenic in the world, with its west coast boasting a maze of islands and tide races and its east coast exposed to surf and ocean swell off the North Pacific, all with a backdrop of Canadian wilderness and snow-capped mountains. Not that Joe will have to time to enjoy it, as he’ll need to get cracking early each day to have any hope of taking the record. 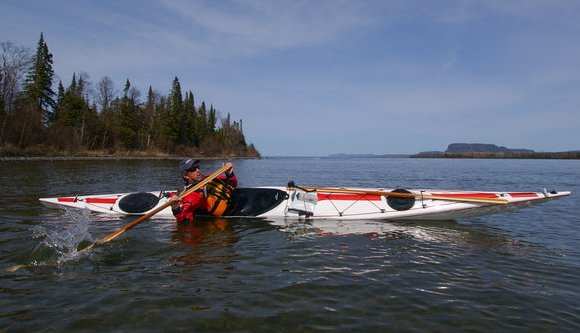 Joe playing in the Tahe, one of his many kayaks!

There’s plenty of people throwing their well wishes Joe’s way, and I look forward to speaking to him post race about the journey. But in the meantime, best of luck Joe, paddle hard and lets hope you get that record back!